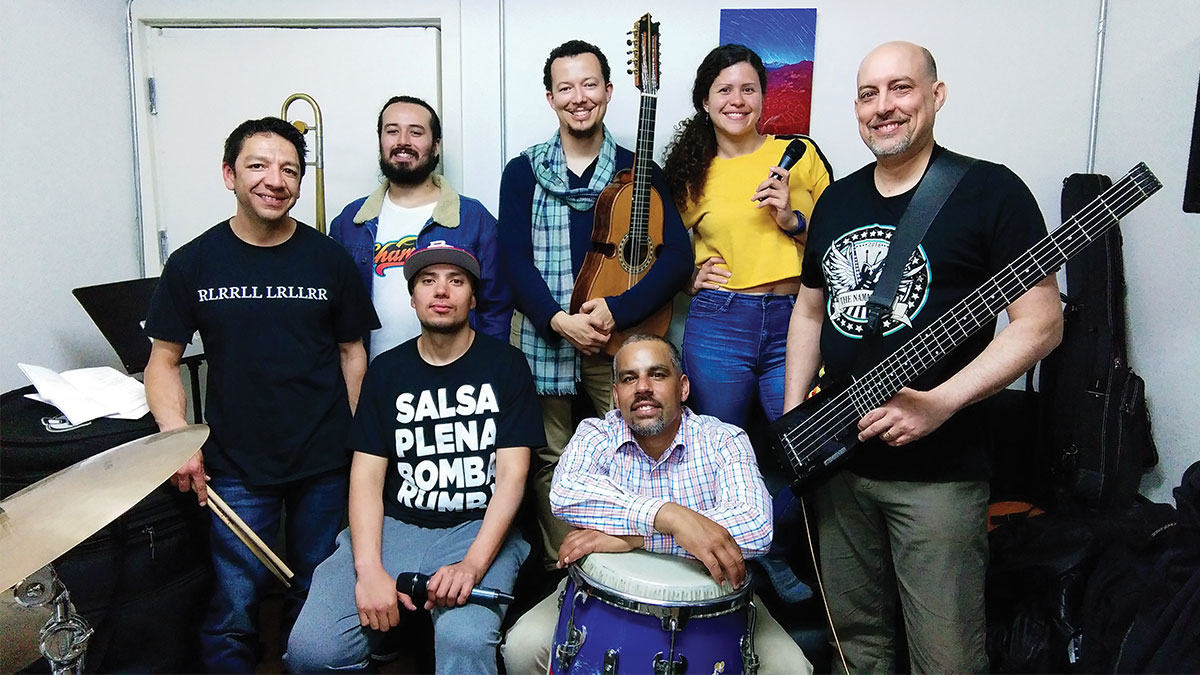 Santa Cruz rapper Rab Ramo was in New York when his father, Tom Ehrlich, connected him with salsa singer Frankie Vazquez to sing a hook on one of his songs.

Vasquez suggested he get some live instruments and work with producer Dave Feliciano. Ramo had been making more standard hip-hop beats but was anxious to incorporate some of the salsa, jazz, funk, and Puerto Rican music his parents raised him on. Feliciano was the perfect producer to guide him in that direction.

“He was raised in the salsa era, but also as hip-hop was being created,” Ramo says. “He was a couple generations behind me, but he had similar influences.”

They were calling the music they were making sancocho, which is a Puerto Rican stew that has every kind of meat—kind of a Puerto Rican gumbo. “I feel like my music is like that. A salsa-Puerto Rican base and hip-hop. But we use all the different kinds of music.”

Things went so well that the one-song recording session turned into an entire album, Two Coasts, Un Sol, which Ramo released in September of 2017.

He was back in Santa Cruz when he released the album, and as he was picking players for a live band, he focused on keeping it grounded in Puerto Rican music. He calls the band CaliGente, and it’s now a big part of his sound.

“It’s always going to have a fusion, but with the main roots being Puerto Rican music and hip-hop,” Ramo says.