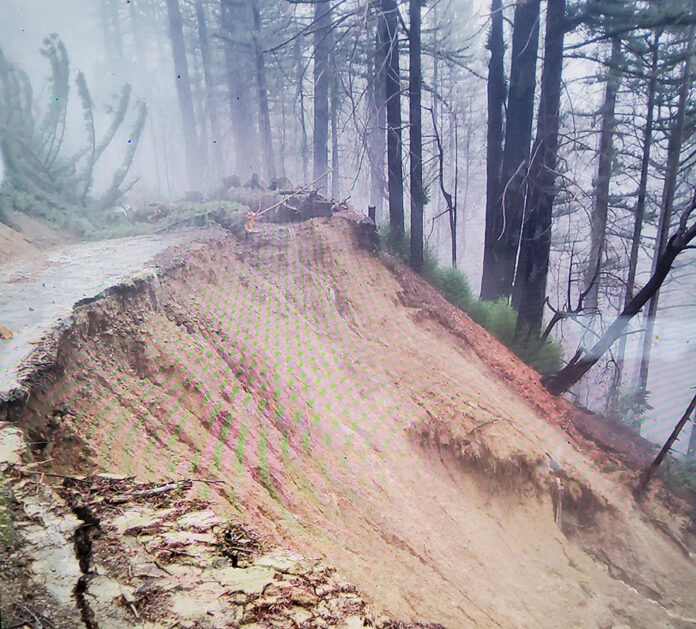 The decision will allow the county to receive state funding under the California Disaster Assistance Act for the estimated $3.1 million to county roads and infrastructure that occurred during the atmospheric river storms.

It will also allow the county to begin working on repairs immediately.

“We’re being proactive here,” said Supervisor Greg Caput. “If we waited longer I think we’d have a major problem here.”

The runoff in the rural parts of the county caused flooding, numerous landslides, fire-related debris flow along Foreman Creek, road washouts and road collapses, including the loss of part of Lodge Road in Boulder Creek, county spokesman Jason Hoppin said.

The debris flow that occurred downslope of the CZU Fire Burn Scar along Foreman Creek caused several homes to be evacuated. To see the flow visit bit.ly/3HfGyIH.

Next ArticleAs Omicron Spreads, Officials Ponder What It Means to Be ‘Fully Vaccinated’