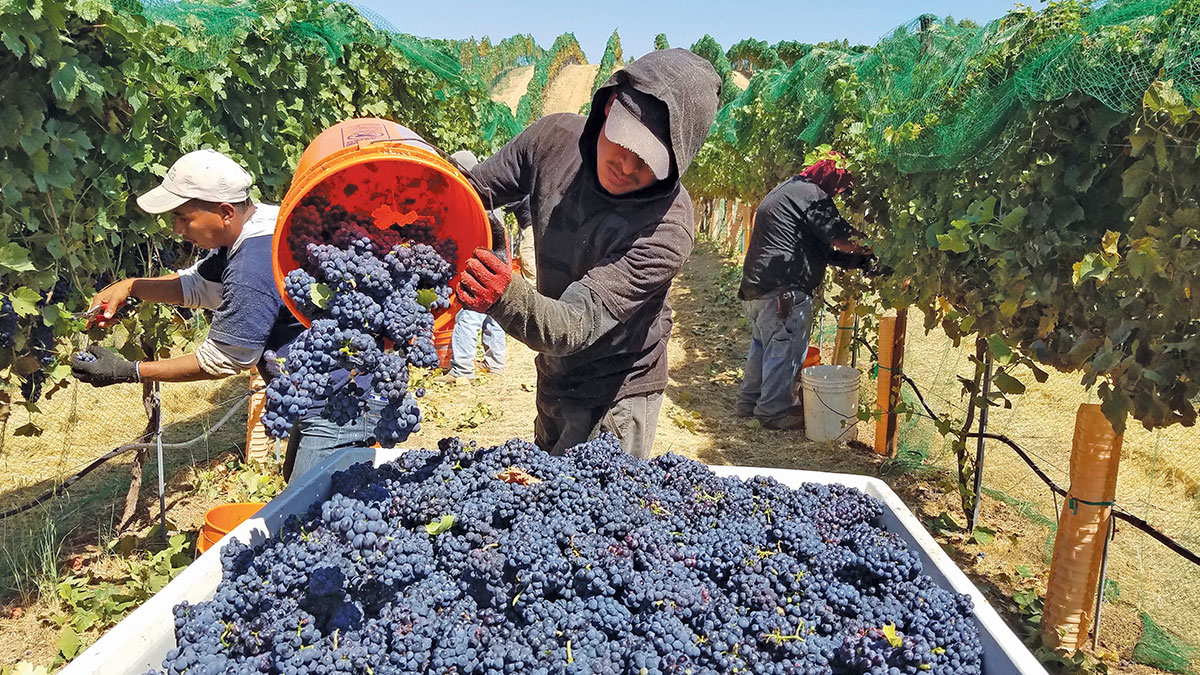 The heat wave a few months ago left all of us moaning for air conditioning. It also left Santa Cruz Mountain winegrowers from Woodside to Watsonville faced with a crazy, uneven vintage—some grapes purring along nicely, others fried into too-early maturity and burned skins. I checked in with some of our brave viticulturists to find out what was cooking (sorry). Richard Alfaro, whose Corralitos vines lie directly in the heat belt, admitted that while there was “lots of excellent fruit,” he did lose much “to sunburn, mostly in the vineyards that get lots of sun on warm-weather grapes. We like to expose these grapes so they ripen well,” Alfaro says. “Unfortunately, this year they turned to raisins.” But there was some good news, too: “We did have a huge crop of Syrah,” says Alfaro, “so even losing 40 to 50 percent of it, we will still have some.”

On the other hand, Alfaro’s Albariño was “a total loss” this year. As was 40 percent of his beloved Lindsay Paige Pinot Noir.

Up in Bonny Doon, Ryan Beauregard didn’t mince words. “If harvest was like this every year, I would not have anything remotely to do with this job. The heat wave was miserable,” he says. Beauregard’s Coast Grade Pinot Noir was ripening right on target. “When the heat wave hit, I knew we needed to act fast,” he says. Thanks to his longtime contacts, Beauregard had a picking crew lined up quickly. “We went for it under that damned sun,” he says. The picked fruit was so hot the winemaker had to spend “a few thousand dollars on dry ice, which we pumped over in the fermenters to get it to 55 degrees Fahrenheit before we moved it into the cellar,” he says.

Beauregard and his entire team worked 14-hour days in 110-degree sun. “My staff did not balk—we had to do what we had to do,” he says. “We all kept running the hose over our heads and worked with wet clothing all day for four days. The heat was bad, but I was mainly concerned about the Pinot Noir. The Chardonnay is tougher when it comes to weather.”

Mary Lindsay of Muns Vineyard near the summit of Loma Prieta told us that “crop loads this year were very good, I think for pretty much everyone. 2015 and 2016 were very low yield. This year was shaping up to be another really good year in terms of yield, but ultimately it depends on how the individual vineyards fared getting through that heat wave. It especially impacted the early ripening fruit like Pinot Noir and Chardonnay,” she says.

Lindsay admitted to being alarmed when the heat began. “On September first, we picked in 100-degree temperatures. It was closing in on 90 degrees when we started at 4 a.m.” With plenty of cold water for the picking crew, and a wet shirt over her head, Lindsay recalls, “We brought in almost seven tons. I’m glad we picked that day, because it was even hotter the next day!”

Muns Vineyard came through that heat wave “just fine,” says Lindsay. “We had been irrigating, even with all the 80 inches of rain we got last winter, because we had a lot of new vines. Then, when we knew temps were going to heat up, we irrigated as much as we could. The irrigation helps the vines and the fruit ride through the heat.”

With the recent heat came special concern for Pinot Noir grapes—perhaps the specialty of our winegrowing region. You can get an in-depth understanding of this complex Burgundian grape at the upcoming SCMWA Pinot Noir Technical Session, 9 a.m.-noon on Saturday, Oct. 14, at the Scotts Valley Hilton. Geologists, historians, and winemakers plus leading viticulturist Prudy Foxx’s expert review of the climate’s impact on our vineyards. $45. scmwa.com.

Next ArticlePreview: The Jon Stickley Trio To Play Don Quixote’s