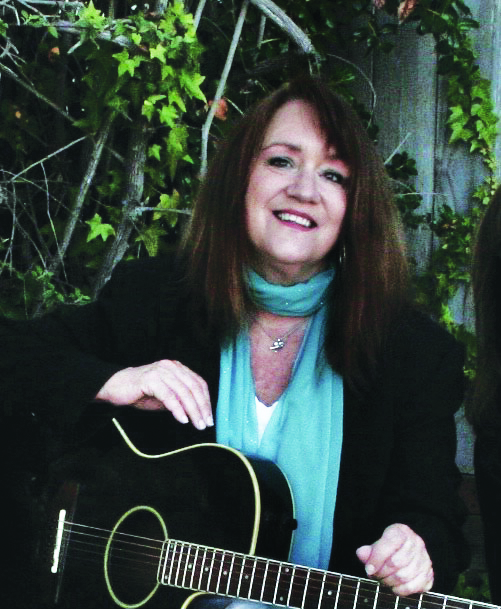 If you think too hard about birthdays, they can seem pretty arbitrary—let’s face it, our bawling, wrinkly debut wasn’t anybody’s best day. For adults, the celebration of that date tends to be more of a way to mark time and sometimes get presents than an occasion loaded with meaning.

But for Ginny Mitchell, this birthday is different. For one thing, the Santa Cruz singer-songwriter will be doing a retrospective birthday show at Michaels on Main on Friday, March 18. She’ll play songs from all the phases of her career, which has wound through folk and rock, country and bluegrass, jazz and swing—with many combinations of genres along the way. And she’s bringing an all-star band of local musicians to the stage for this retrospective, including AJ Lee, Patti Maxine, Lisa Pollack (aka Lisa P), Steve Palazzo, Daniel Thomas, Katethe Hostetter, Sharon Allen, Jimmy Norris and Matt Bohn. You could say that this show is as much a celebration of her bond with these friends as it is of Mitchell herself—and in some cases, they go way, way back.

“Steve Palazzo and I went to high school together at Santa Cruz High,” says Mitchell. “I taught him his first D chord. We went on tour together back in the ’80s. And I have a photograph of me and Patti when we did this little gig, I was all of 17, 18—we were just babies, singing at the Poet and Patriot.”

Of course, Mitchell has only formed a bond more recently with the younger players, like Lee. She’s floored by Lee’s talent, and is reminded of someone like Alison Krauss, who played on Mitchell’s first CD, Wild Rose, in 1993. And she thinks mainstream success is in Lee’s future.

“My prediction is that AJ Lee is going to break through, like Sarah Evans broke through, like Molly Tuttle is breaking through,” she says. “There’s something that I recognize in AJ that I haven’t seen in others. She’s got it. Whatever ‘it’ is, she’s got it.”

Even Mitchell herself is kind of blown away by the group that’s come together for this show.

“We had a rehearsal last night, and I sat there and looked around me, and I thought, ‘These people are just so amazing,’” she says.

This birthday bash is also significant because it comes at a time that Mitchell is feeling a creative resurgence. The last decade has seen some dark days—she and her husband Marty Collins had to close their innovative production studio the Digital Media Factory in 2013, after Collins—a two-time cancer survivor at the time—suffered a medical catastrophe in 2012 during what was supposed to be a routine surgery. In the aftermath, he was put on a respirator and not expected to survive. But he defied the odds for several years and even returned home and regained his ability to breathe without a ventilator. However, he passed away in 2016.

It took years for Mitchell to get to a place where she felt she could be creative again. It was her siblings who encouraged her to return to performing and writing.

“I thought, ‘I can’t do it. I don’t have the energy for it,’” she remembers. “But I started playing music with different friends of mine. I realized I got a charge out of that. It was like, ‘I remember this feeling.’ The music just brought me back to life. It’s always been that way for me, ever since I was a kid. But this time, as an adult, it was everything.”

Now, she’s writing and recording songs again, and ready to decide what’s next.

“It just takes some time to sort of heal a little bit,” she says. “I’ve found myself in a place where I can really look forward. It’s the first time in my life, really, where I thought, ‘Okay, well, what am I going to do? Where am I going now?’”

Ginny Mitchell’s Birthday Bash will be held on Friday, March 18, at 6:30pm at Michael’s on Main, 2591 South Main St., Soquel. $50 ticket includes dinner and show. For tickets, go to michaelsonmainmusic.com.

Previous ArticleLetter to the Editor: Do Your Job

Next ArticleOsees Bring a Gumbo of Psychedelic Jams, Jazz Fusion and Stoner Rock to Cocoanut Grove