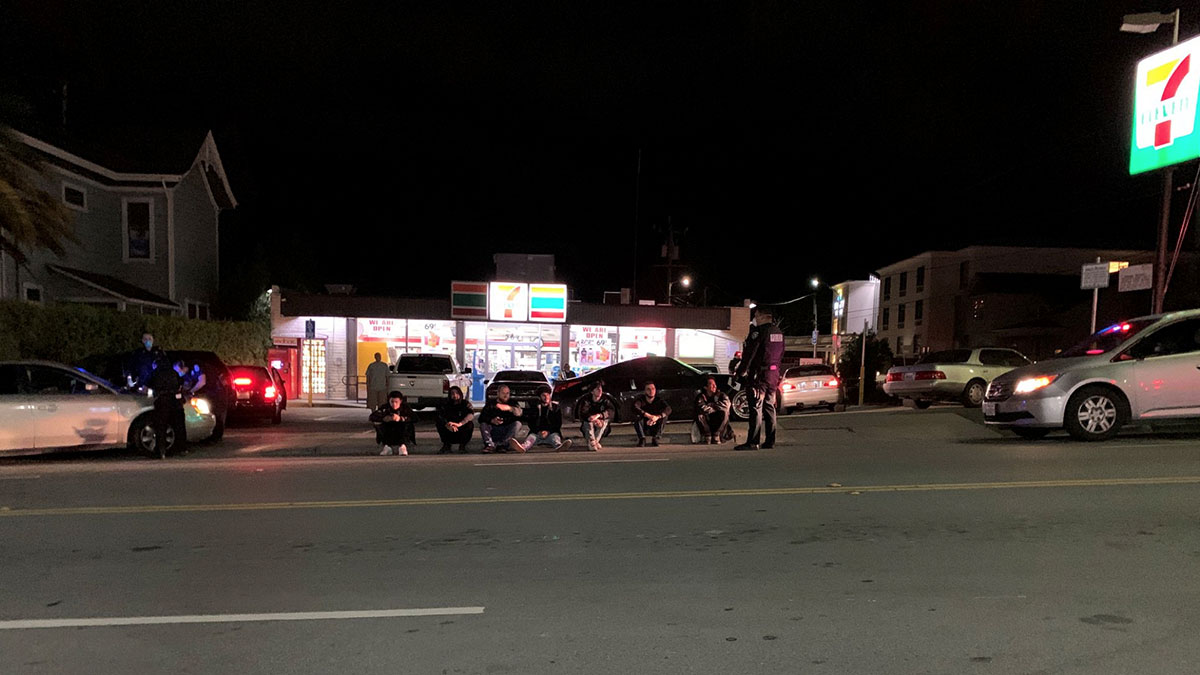 Now we know what the “seven” in 7-Eleven stands for.

A group of seven Fremont residents got hit with $7,000 in fines—$1,000 each—on Friday, April, 10 for hanging out at the convenience store chain’s Ocean Street franchise, in violation of the shelter-in-place order, according to a Facebook post from the Santa Cruz Police Department (SCPD).

“If you are not from Santa Cruz and you put our community at risk, you will get a ticket,” the post read, along with a photo of seven men sitting on a curbside.

That same caption added that the pandemic crisis is no time for a fun hangout—especially under shelter-in-place orders in effect from both Santa Cruz County Health Officer Gail Newel and from Gov. Gavin Newsom.

As of midday Monday, the post had garnered 9,000 shares.

In a comment on the post, Michael Torres framed the crackdown as an instance of government overreach.

“That’s not police work. That’s not something to be proud of. Sounds like you guys are giving out citations to anyone out getting a walk or minding their own business,” wrote Torres, who added that he does love SCPD and so much of the work that the department does. “Police departments should be the ones protecting our people, not enforcing unruly and ridiculous.”

Commenter Malia Murillo had less sympathy. “What aren’t people getting about this?” she asked, also in the comments. “There shouldn’t be any reason people are just hanging out … especially if you’re living in an area where it’s considered a hot spot for a virus that is sweeping our nation.”

Next ArticleBusiness Dries Up After Initial Rush of Cannabis Panic Buying