.Sante Adairius Serves Up a Fresh Twist on Pub Fare 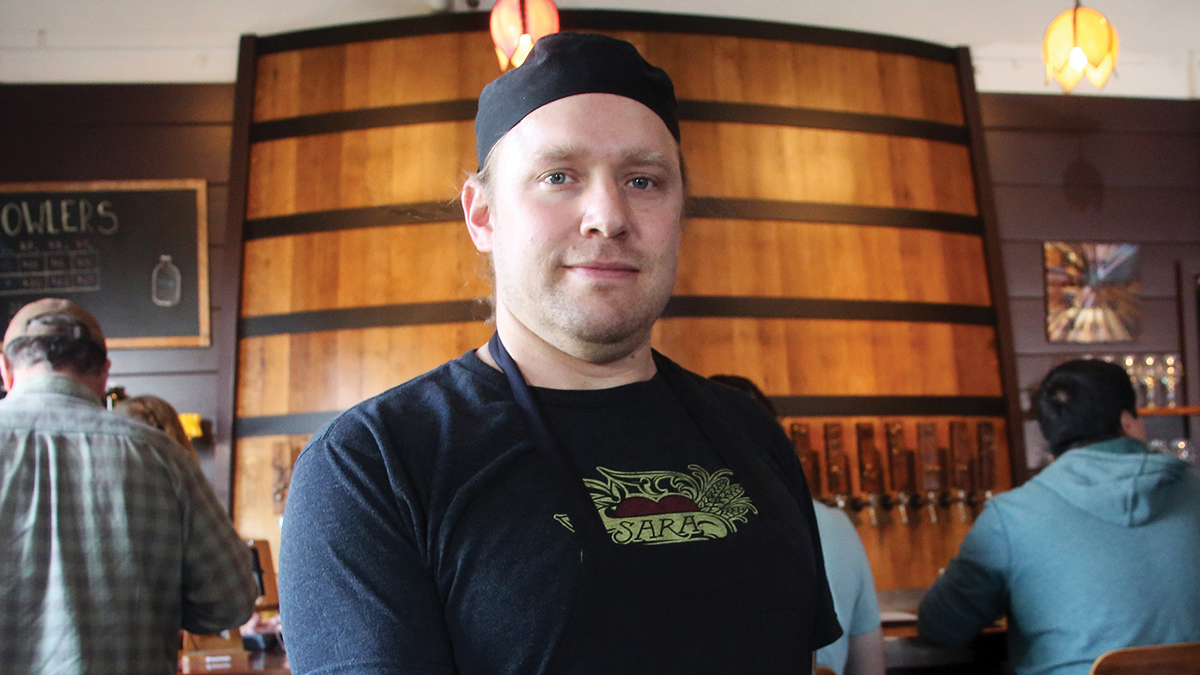 A rising star in the oversaturated world of microbreweries, Santa Cruz’s Sante Adairius placed 10th last year in the RateBeer “100 Best Brewers in the World” contest. But its Water Street taproom has also been serving up an easy-pairing menu of fresh salads, sandwiches, soups, and charcuterie—not to mention pretzels with mustard-and-beer pub cheese.

Chef Chris Pester was a baker at Companion Bakeshop before joining the brewing team at Sante and creating a lean, original kitchen that’s almost entirely local and organic.

What’s unique about being a chef in a brewery?

CHRIS PESTER: You have the opportunity to cook with beer. You get to play with it. Our beers are a lot more oak-aged, sours, not super hop-forward … it can almost bring out some wine notes. I try to incorporate it as much as possible, because it’s there, and I want to have that pairing.

What’s your philosophy for cooking?

Support local agriculture when you can, cook with whole foods, and make things delicious. Have fun with it. Ferment, bring out as many flavors as you can. Play with the seasons, but also try to extend the seasons a little bit.

Getting into the winter season, we’re switching up the soups a little more. I’ve already done a vegan, dry-farmed, roasted tomato bisque served with bread and some olive oil. Now we have a roasted winter squash soup made with a variety called Blue Hubbard—it’s just this enormous, grayish-blue squash, and the flavor is awesome. I like to look for varieties of things that aren’t typically seen.

What are you excited about?

I’ve been excited about this pulled pork potato skin topped with roasted red pepper sauce, shredded cheese, house-made aioli and some cilantro. It’s really delicious, pretty good bar food, beer food, kind of a smaller dish. I’m also pretty excited about opening up a vegan option with mushrooms. I’ve been foraging for a really long time, and now with the opening of Far West Fungi downtown, I’m trying to purchase mushrooms to use in a roasted potato skin with some caramelized onions and some kind of emulsified, creamy sauce. I’m not vegan by any means, but I’m into that.