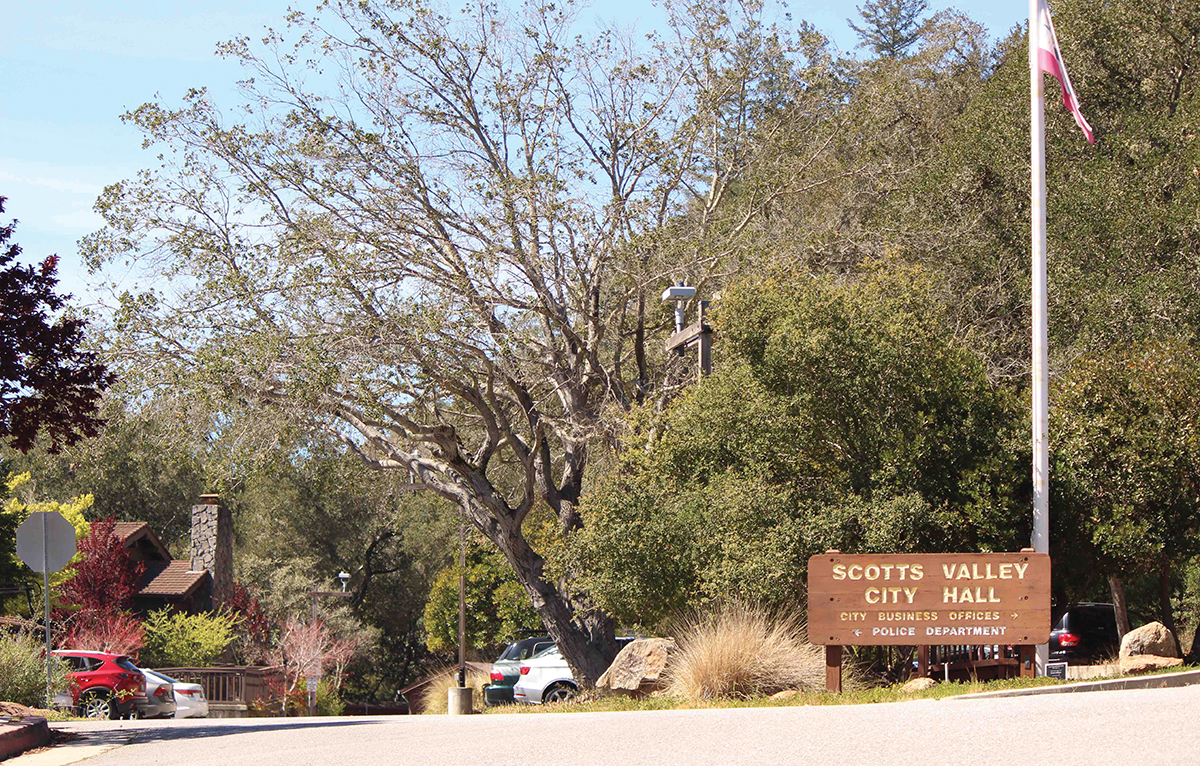 As visitors return to hotels, residents hit the shops again and developers move ahead with projects, Scotts Valley has found itself in the fortunate position of beating its own financial forecast—in some ways by a lot.

The city now says it will likely bring in $1.7 million in revenue this year, which is 12% over what it originally expected.

The revelations were in the 2021-22 Mid-Year Financial Review, which looks at Scotts Valley’s books through Dec. 31.

Staff cautioned that this picture is colored by $1.4 million in one-time funding, however, the review proved the community’s pandemic rebound is real.

Because, while utility and property tax revenues were stable, staff now budgets accommodation providers will ultimately hand over $170,000 more than first thought. That’s a 12% jump.

“This is the result of better-than-anticipated occupancy levels as the region eases into a recovery from the pandemic with business and leisure travel slowly starting to return to pre-pandemic levels,” staff reported.

And Community Development Fee revenue has done quite well, thanks to new commercial and residential projects. These revenues have already sailed past the $686,300 the city was expecting for the entire year. Now it pegs the final figure closer to $1.4 million.

A highlight of the report was the sales tax revenues that seem to be coming in $745,000 over the $5.7 million budget.

Looking ahead, staff predicts long-term revenues will grow by about 2% in the fiscal year 2021-22.

Meanwhile, the city says it will spend $800,000 (6%) less than it thought it would have to in order to keep the community’s gears turning.

“This is primarily the result of staffing vacancies and challenges with undertaking projects in several different departments throughout the city,” staff reported.

And it got high marks from a third-party analyst for how it handled last year’s ledgers.

Administrative Services Director Casey Estorga said the audited annual report, up to the end of June 30, 2021, showed the city had $549,000 less in actual expenditures than it had budgeted for.

Estorga reported the city had expected to bring in $12.53 million in revenue, last year, but actually generated $15.2 million—so $2.67 million more than originally anticipated.

“We were over budget in revenues and under budgets in expenditures,” he said. “Looking at the general fund, that calculates to a net impact of roughly $3 million.”

That budget reflects a city deep in the throes of the coronavirus crisis.

“Some services were put on pause, and so you see some of our expenses were cut, because we didn’t have the same staffing expenditures,” he said. “Also, there were challenges with working with our partners—whether that’s a vendor or consultant—to provide services, because the pandemic was sincerely global.”

Councilman Jack Dilles said it was a relief to hear the good news.

“I know we still have lots of issues, but it’s great to have some real positive trends here,” he said. “It gives us a little bit of breathing room.”

Councilman Randy Johnson said in the background of the financial update is the reality that Target is opening a location in town, meaning additional sales tax money is likely on its way. And nonprofit conference center 1440 Multiversity’s recent deal with tech company Salesforce should result in a hefty chunk of hotel-tax change, he added.

“Are you going to project additional funds?” Johnson asked of staff.

So far the city has stuck with “very conservative” estimates, Estorga said.