.Settlement Could Be Near in Scotts Valley Police Department’s Legal Quagmire 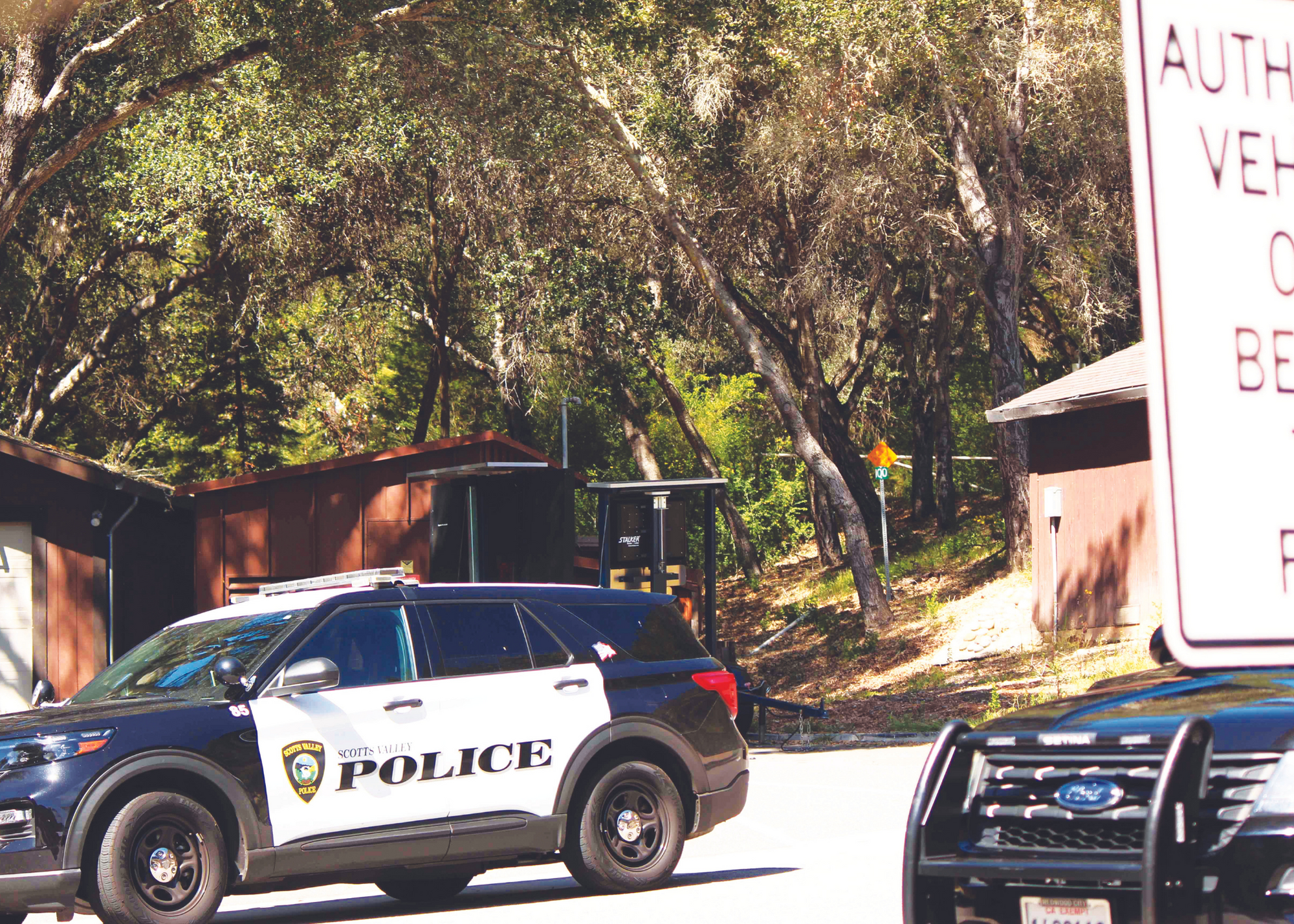 A lawsuit against a Scotts Valley Police Department officer and three former officers, as well as a former Santa Cruz County Sheriff’s Deputy, is moving toward a possible settlement.

The action, filed in federal court, claims they illegally pulled over and searched a former UCSC administrator’s vehicle.

The four current and former SVPD officers and former Sheriff’s Deputy Steven Carney are set to discuss terms with plaintiff Darin Matthews on May 24. Matthews—previously the chair for the Supply Chain Management Certificate Program at UCSC, and now an admin at Cal Poly-San Luis Obispo—says he never gave law enforcement permission to go through his car or belongings during the Feb. 19, 2019 incident.

He claims he was pulled over for no good reason as he headed to his job at UCSC Silicon Valley extension.

Law enforcement didn’t have a warrant authorizing them to conduct the search, although officers claim Matthews gave his consent.

In an email, Matthews confirmed he is considering settling the case, but adds it could still go to trial.

“The most important thing to me is the truth, which they are unwilling to share,” he says. “I would like to know, who said what to S.C. County Sheriff about drug activity at my home? There was simply no illegal activity going on, so I would like to know: Who fabricated a story to get a search warrant?”

The filing on behalf of the SVPD officers by attorneys Mika J. Frisk and Michael C. Wenzel of San Francisco-based law firm Bertrand, Fox, Elliot, Osman & Wenzel points out that the City of Scotts Valley is no longer technically a defendant in the action, due to the prior ruling that allowed the case to proceed.

But that decision allowed Matthews to pursue the County of Santa Cruz for damages based on the conduct of their employee, under what’s called a “Monell” claim (named after a 1978 case brought against New York’s Department of Social Services).

The SVPD officers, in their filing, reiterated their argument that while Carney did search Matthews’ vehicle, he had agreed to it. The Scotts Valley officers want Matthews to pay their legal fees.

Santa Cruz County spokesperson Jason Hoppin declined to comment for this story. The City of Scotts Valley did not respond to an email seeking comment.

According to his Linkedin, Neronde left the department in 2019 and now works as a middle school teacher. Lopez left SVPD to work at another agency, a former colleague told Good Times. Michael Birley is not listed as a current SVPD officer on the department’s website.

Carney previously worked as SVPD officer. He recently announced on social media that he was retiring from the Sheriff’s Office. He’s been working as a corporate security manager at Trident Security Solutions in Cupertino since January, according to his Linkedin profile.

Matthews says he has friends who work in law enforcement, and he knows it’s not easy to get a search warrant.

“Someone has to witness criminal activity occurring and swear to it, either seeing a drug purchase happen or buying drugs themselves,” he says, adding that the explanation he was given for the investigation is that there was a lot of activity in and out of his home—“which is not a crime the last I checked.”

Matthews, who is white, thinks someone may have made an assumption about guests of his, who were not.

“I did have several Hispanic friends visit and stay with me, and some of them had neck tattoos,” he says. “They are all great people that are hard-working and responsible citizens, which is why I welcomed them in my home.”

Police say they pulled Matthews over because he had paper license plates. Matthews says they were perfectly legal.

Several days after the incident, Matthews wrote to the judge that issued the search warrant for his residence. In a letter dated March 13, 2019, Santa Cruz County Superior Court Judge John Gallagher wrote back, emphasizing he hadn’t given permission for police to search Matthews’ car and that Matthews should “consider filing a complaint with the Sheriff’s Department regarding that contact.”

Matthews’ lawyer Kathleen E. Wells said officers appeared to be trying to connect her client to a drug bust in Las Vegas. A records check by the Las Vegas Metropolitan Police Department, completed April 14, 2019, confirmed Matthews had never been convicted of any felonies or misdemeanors there—or even arrested.

Matthews’ public records request to SVPD resulted in an incident report that confirmed the agency was only assisting another agency.

In a separate case, the City of Scotts Valley is facing a lawsuit from disgruntled former SVPD Sgt. David Ball, who is disputing the city council’s decision to uphold prior City Manager Tina Friend’s decision to terminate his employment.

Through court documents, they say that Ball enlisted teammates to help disparage the female officer. Lopez and Neronde were two of the officers Ball relied on to make “derogatory and demeaning comments” about the woman, according to disciplinary records. And Neronde was one of two officers who conducted research in connection with a citizen complaint against her, despite Capt. Mike Dean withholding approval for the assignment—and even cautioning it was a bad idea.

The complaint was ultimately deemed bogus, and appeared to have been seeded from within the police department, investigators found. According to court papers, Capt. Dean noted the complainant “appeared to have an unusual wealth of knowledge of the Department’s internal policies” that a layperson wouldn’t possess, leading him to believe “someone” inside SVPD may have filled him in ahead of time.