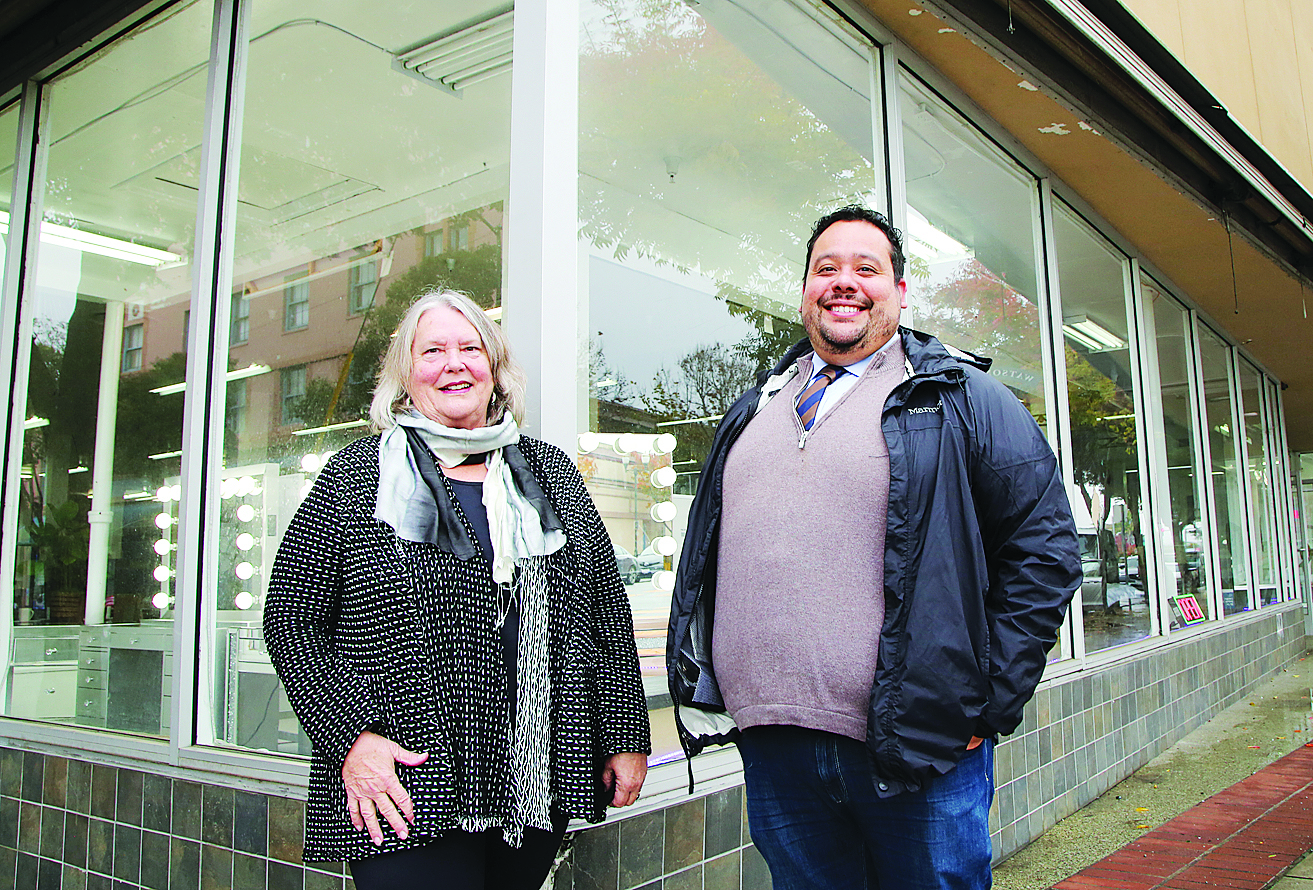 For the first time in this country’s history, older adults are soon expected to outnumber children. According to the U.S. Census Bureau, by 2030—by which time even the youngest of the Boomer generation will have turned 65—older Americans will make up 21% of the population, compared to 15% today.

This same shift is happening locally, as well.

“More people here are going to be over age 60 than under 18 very soon,” says Alicia Morales, director of Santa Cruz County’s Adult and Long Term Care Division. “In Santa Cruz specifically, by 2030 about 30% of our residents will be over the age of 60.”

With this comes new challenges: How can communities better meet the needs of their older populations? How can cities become safer, healthier, friendlier and altogether more livable places for these residents?

In California, a group of advocates has been working to address those issues. The SCAN Foundation, an independent charity aimed at transforming care for older adults, led an effort to get both of the last gubernatorial candidates to commit to creating a comprehensive Master Plan for Aging (MPA) if elected.

The ambitious 10-year plan, says Morales, aims to provide a framework that communities can use to build their own initiatives and strategies that function on a local level.

“What we want to do is really look at the systems we already have in place,” Morales says, “and focus on improving and reforming those systems in innovative ways, to help promote aging in California.”

When Gov. Gavin Newsom was elected in 2018, he created a 30-person advisory committee, made up of caregiving and at-home services experts, academics, health care professionals and regional Area Agencies on Aging (AAA), which are tasked with fulfilling the requirements of the Older Americans Act of 1965.

“Our group was in charge of putting together recommendations of things we would like to see in the plan, with public input,” says Clay Kempf, executive director of the Seniors Council of Santa Cruz and San Benito Counties, a local AAA organization. “Throughout the conversation, there was great concern that it not just be a plan sitting on a shelf. That it actually be used. It’s fine for a governor to say, ‘We want to have this plan,’ but somebody’s got to implement it. I think it was brilliant to put that component and document together, just to make it clear: We want to see this become reality.”

Housing for All Stages and Ages looks at the various types of housing needed to support older adults, including neighborhoods that are accessibility friendly and disaster-ready. Health Reimagined aims to create communities that support healthy aging—that is, access to good medical care, home care and health plans.

The Inclusion and Equity, Not Isolation goal targets job creation, volunteer opportunities and other types of engagement for older adults while protecting them from isolation, discrimination, abuse, neglect and exploitation.

Affording Aging speaks to how the current cost of living is outpacing retirement income. Morales reported that in Santa Cruz County, 42% of residents do not have sufficient income to meet basic needs, and that 11.3% of people experiencing homelessness are now over 65.

“Good caregiving is essential for people to live where and how they want to,” Morales says. “This is also about job creation, pay and training. Most caregivers are family members and are unpaid. It’s estimated that there is a couple of billion dollars of care in the U.S. being provided to people for free. We want to build a better system for caregivers.”

With the MPA, agencies and their nonprofits partners hope to tie in budget requests for state and federal funding to these five items.

“That is what the plan helps us do,” Kempf says. “A budget proposal will seem more credible because it ties into something that the governor supports. We don’t have to work so hard. We can just say, ‘Yeah, this ties into goal No. 4 on the MPA.’ You can walk away with support right off the bat.”

Earlier this year, the Seniors Council held a kickoff webinar to introduce the community to the MPA, encouraging more people to get involved. They will be meeting with local leaders every month to discuss how it can be used. In addition, the county has pulled together a governance group that is meeting quarterly about the plan.

“Santa Cruz County really wanted to take the lead,” Kempf says. “So I’m cheering, silently doing a standing ovation that there’s engagement here, and an effort to try and implement some of these opportunities.”

Prior to adopting the MPA, local groups were already looking for ways to help older adults. The City of Watsonville, with the help of Kempf and Older Adult Services Supervisor Katie Nuñez, implemented Livable Communities (LC), an initiative through the World Health Organization that was adopted by AARP. By receiving LC status, a jurisdiction is taking a five-year commitment to becoming a more livable community for older adults.

“It’s about working on housing, transportation, walkability, social programs, health services … basically, the overall livability of a community,” Nuñez says. “It’s about looking through the lens of older adults, and the challenges they face.”

Both Watsonville and the City of Santa Cruz have now moved toward the LC designation, as has the county as a whole. The jurisdictions will soon join forces to conduct a countywide survey to determine what issues are most important to residents.

“We are looking to partner with the county to help with outreach efforts,” Nuñez says. “That way, we don’t have to double up.”

Adds Morales: “As we’re moving forward with the MPA, we’re sort of meeting the Livable Communities goal at the same time. We figured, let’s come together, leverage resources and be as efficient as possible.”

South Santa Cruz County will soon become a regional hub for senior services. Elderday Adult Day Health Care, a program of nonprofit Community Bridges, is moving into Watsonville. On March 25, a groundbreaking ceremony will be held for their new center at 521 Main St.

The $6 million project, aided by a $2.5 million grant from the Central California Alliance for Health, will add an additional 3,600 square feet of space and allow the program to expand its services.

“We’re just really excited because this means that we’re going to serve lots of seniors with medically complex needs, have daily access to nurses, to therapists, social workers, to help support their health as well as their well-being,” says Community Bridges CEO Raymon Cancino. “And it will help families have a safe location for their loved ones during the day, which is incredibly needed.”

Elderday moving to South County will be a boon to the municipality, which is one of the fastest-growing and most densely populated in terms of MediCal eligible patients. The move will decrease the number of cars on the busy Highway 1 corridor, and make it viable for North Monterey County and San Benito County seniors to be served, Cancino says.

“Programs like Elderday are incredibly rare in the State of California,” Cancino adds, “just because the funding has been going down year by year from the federal government. We’re lucky we have great partners [who] understand the preventative health value of adult day health care services that having daily monitoring helps tremendously in health outcomes. We’re excited to have a healthier senior population by relocating to Watsonville.”

Throughout the pandemic, Community Bridges has retained its Lift Line transportation services and adapted its Meals on Wheels program. It also partnered with the county, cities, local libraries and other groups to create Senior Center Without Limits, which offers virtual services to older adults to help them stay connected with activities and friends as they sheltered in their homes.

But more support for older adult-serving organizations and programs is sorely needed. In March 2021, AARP reported that growing feelings of loneliness, abandonment, despair and fear have had a drastic effect on older adults’ physical and emotional health, possibly pushing the death toll of Covid-19 higher, both for those living at home and at long-term care facilities.

The MPA, as well as the LC initiative, could help to tackle these issues by prioritizing vital funding and resources that would normally go to other departments or projects.

“The pandemic has really laid bare the bones of concerns and the issues that we have that impact vulnerable communities,” Morales says. “Putting together comprehensive plans like these will hopefully address these disparities. Ageism is one of the last -isms we haven’t really tackled as a society, and this really gives us an opportunity to do that.”

Adds Kempf: “Legislation is becoming more and more senior-friendly. We need to elevate the conversation about older adults. And that has happened. This plan is proof of it.”

Next ArticleWhy Santa Cruz Punk Bands Have the World’s Attention