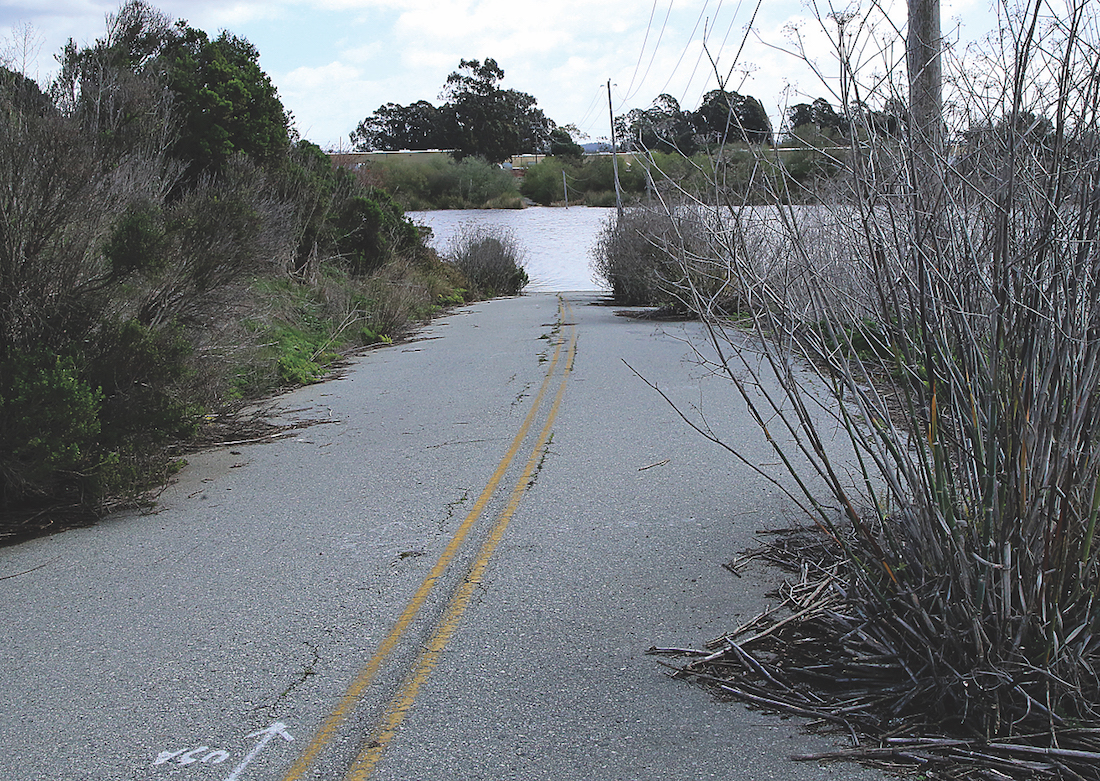 The funding includes $1 million for the Watsonville Lee Road Trail, a project headed up by the City of Watsonville that would create a 12-foot wide, 1.4-mile bicycle and pedestrian trail linking Lee and Harkins Slough roads. The trail would connect Pajaro Valley High School (PVHS) to downtown Watsonville, and various slough networks to the proposed Coastal Rail Trail.

The funds will help pay for the construction of the first phase of the project, which will extend from the main driveway at PVHS to Watsonville Slough Farm, which is owned by the Land Trust of Santa Cruz County. The Land Trust, which is developing its own new trail system surrounding the farm, has provided $700,000 in construction costs for the overall project.

“Once the entire trail is developed, it will provide a secondary access to PV High,” said Watsonville Principal Engineer Murray Fontes. “Currently the only way to get there is on Harkins Slough Road. Once the trail is made and the bridge across Struve Slough constructed, bikes and pedestrians will have an alternative access. For those who are willing to use it, it will be quieter and more pleasant, because it will only be limited to bikes and pedestrians. We hope people will take advantage of a different way to travel.”

Construction could take place during the 2023-24 fiscal year, Fontes said.

“These kinds of projects are often built in phases,” he explained, “because of the costs, and the need to identify funding sources that support these types of facilities.”

The $5.9 million package will also help fund other projects in Santa Cruz County, including the replacement of over 27,000 aging water meters in the City of Santa Cruz water service area with smart meters, which help customers track their water usage.

“The City’s water meter replacement program will help our water customers ultimately save money and water while also providing employable skills to willing residents,” Santa Cruz Mayor Sonja Brunner said in a press release. “We are grateful that Congressman Panetta could assist us in addressing two of the Santa Cruz City Council’s most significant goals, addressing climate change and growing our local workforce.”

Also included is $1 million for the new health and housing campus that is currently under construction at 1500 Capitola Road in Live Oak. The project, headed up by Santa Cruz Community Health, Dientes Community Dental Care and MidPen Housing, in partnership with Community Foundation Santa Cruz County, announced this week that the funds have helped them reach a major fundraising milestone.

“We are extremely grateful to Representative Panetta for his work to secure this critical infrastructure support,” said Dientes CEO Laura Marcus. “This is a significant step in addressing the urgent need for access to health care for our most vulnerable.”

In a press release, Panetta thanked local municipalities and stakeholders for their support, highlighting the myriad of ways in which the funds will help communities in Santa Cruz, Monterey and San Benito counties.

“I appreciate the bipartisan work in Congress to secure this federal funding,” Panetta stated. “The funding for the projects will help bolster our water resources, revitalize our infrastructure, create jobs, and strengthen our local economies and communities.”

A $1.4 million allocation to replace a Scotts Valley childcare facility that’s in such bad shape it’s a danger zone was also included in the omnibus bill.

Scotts Valley Vice Mayor Jim Reed remembers the time his own child was set to play George Washington in a work of student theater, and he got a first-hand look at the shape the Vine Hill Elementary School building was in.

“I almost kicked over a bucket of water that was catching rain,” he said, adding City of Scotts Valley and school authorities did what they could to keep it open as long as they could. “We put lipstick on a pig.”

The allocation is part of a $12.5 million package for 10 projects in California’s 18th Congressional District overseen by Rep. Anna G. Eshoo.

Since the school doesn’t have a gymnasium, money to replace the childcare building carries extra significance, Reed added.

“It’s like manna from heaven,” he said. “There are few public services that are more important to our community.”

Next ArticleRefugee Crisis Will Test a European Economy Under Pressure