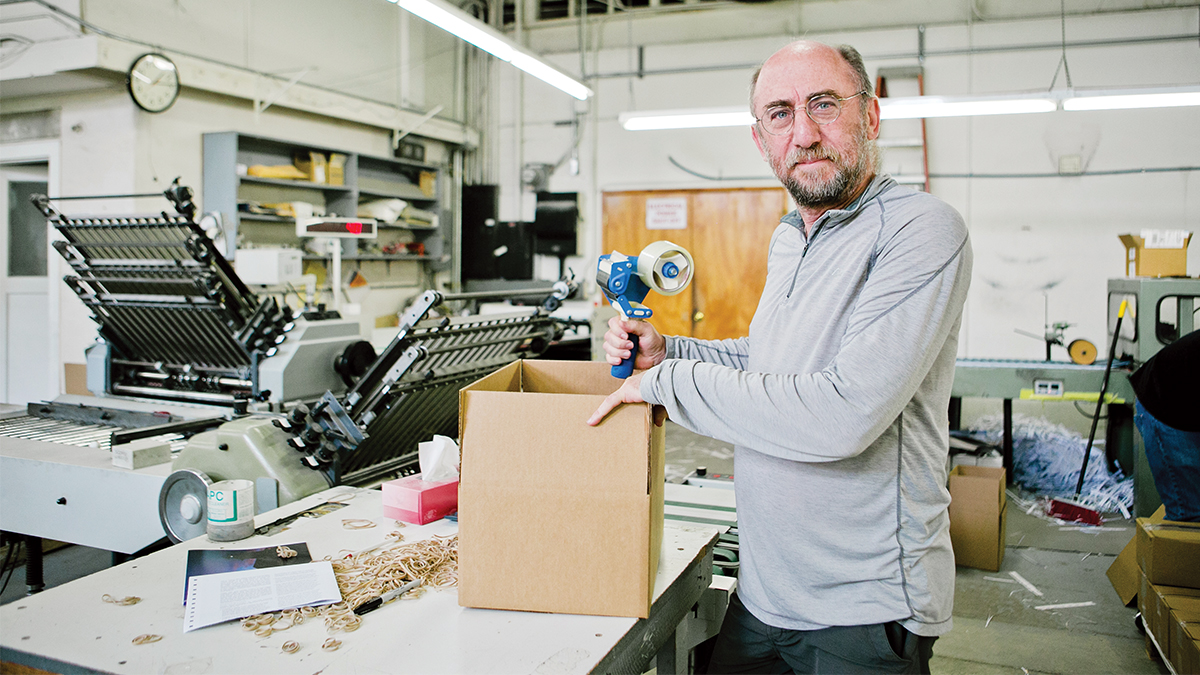 [dropcap]U[/dropcap]nemployment was around 14 percent when retail expert Robert Gibbs originally visited Santa Cruz in 2011. The closure of Borders bookstore had made sleepy downtown Santa Cruz, suffering from a slow economic recovery, even drearier.

More than a billion dollars in sales were “leaking” out of the community, according to a report from Gibbs at the time—with Santa Cruz capturing less than a quarter of its total potential sales dollars. Gibbs’ much-debated report laid out a plan to capture $237 million in extra revenue by 2016.

It’s difficult to guess how close or far the town finished from his hypothetical target—as Santa Cruz ended up not pursuing most of the retail guru’s big-ticket suggestions, like changing the direction of traffic on Pacific Avenue.

Earlier this year, Gibbs visited Santa Cruz from Michigan to update his report under a $9,700 contract, with up to $2,000 in reimbursable expenses.

There’s no timeline for the Gibbs update’s release, and meanwhile, locals have been taking economic issues into their own hands. A new program spearheaded by the local Small Business Development Center, called Reset 2018, is reaching out to struggling downtown stores with tips on surviving the era of Amazon and other online retailers.

And in an effort to encourage businesses to stay in local hands, a brand new collective is encouraging longtime business owners to explore employee ownership succession plans.

While Gibbs’ update could prove to be something of a guiding document, some members of the city’s business community have been expressing skepticism this time around.

“I feel like he’s looking at a Midwestern town model, where there’s the big road right through the middle of town, and there’s all the parking spaces on the side, and you get out and go over to the hardware store, and I just see towns as being different and changing,” she explains.

Dolgenos, who also serves on the Santa Cruz County Business Council’s board, dreams of fostering town spaces that cater more toward bicycles and pedestrians and less to cars. She has her doubts that Gibbs’ vision jibes with Santa Cruz’s identity.

Another well-regarded longtime member of Santa Cruz’s business community tells GT that although Gibbs’ new analysis could provide tips for a few businesses, they fear that this new document will not offer solutions that get to the core of the matter—solutions like creating unique shopping experiences and streamlining permits for retail-oriented pop-ups.

“There’ll be a report. I don’t believe that it’s going to create a big paradigm shift that’s going to make anything happen,” adds the source, who read the 2011 report at the time, and requested anonymity.

In his presentations back in 2011, Gibbs criticized Santa Cruz’s pervasive “Do Not Enter” signs around town, as well as the posted warnings that parking lots are under video surveillance. Gibbs said downtown needed more parking and that Pacific Avenue needed to be rerouted for two-way traffic, or at least one-way in one direction continuously. Six and a half years later, none of those things have changed.

“What does that say about our political will?” the source asks.

Economic Development Director Bonnie Lipscomb tells GT in an email that she’s “aware of the criticism, but would prefer to have a real dialogue directly with the business owners to get at the heart of the issue and move forward.” Thanks to Gibbs’ guidance, she says the city made traffic and signage changes and introduced its new downtown trolley.

Also reached via email, Gibbs says that he’s in the middle of compiling the update and that his team has “been impressed with the many fine new retailers and restaurants that have opened along Pacific” since he had last visited. He calls Santa Cruz one of the top 10 or 15 urban shopping districts in the country and said he wanted to hold off on an interview with GT until his analysis is finished.

When he was in town, Gibbs also gave advice directly to downtown businesses.

Ariel Stirum, of Botanic and Luxe, says that Gibbs provided eye-opening suggestions on how to bring more customers into her plant and home decor store on Front Street. “Bob was extremely helpful and had a lot of nice things to say about our space, but also had a lot of critical and aesthetic feedback,” Stirum says. “One of the big things he suggested was spilling out into the sidewalk a little bit more—forcing ourselves on the passersby with pots, signs, A-frames. It makes it feel a little bit more welcoming.”

Gibbs also told Stirum and and co-founder Lelani Kanter to cut white paint on their interior walls by 60 percent to enliven the space, something that had never occurred to them.

They say they’ll be painting in the next few weeks, hopefully before their second anniversary party on April 8.

In the meantime, a new collective of volunteers is lending a hand to the next generation of potential business owners, with an upcoming event.

The new group, called Co-Op SC, is launching to help Santa Cruz businesses stay in local hands, and its first event, an informational session, will be Thursday, March 8, at the Museum of Art and History. The collective is spreading the word about various employee-ownership succession plans to let business-owning baby boomers retire comfortably, while giving stability to their workers.

“We know that small business owners care about their employees. We know that eventually they’re going to want to sell their business so they can retire, and we know we want to keep these local, and they want to protect their legacy,” says volunteer David Brown, who works by day in the Santa Cruz County administrator’s office. “There’s an opportunity here to hit all of those marks and raise the floor for everyone. There’s two American dreams, right? Own a home and own a business. That’s what we’re shooting for.”

Sheila Carrillo, another Co-Op SC founder, says that an early incarnation of the group had one of its first meetings the day after the release of a GT story about the closure of Santa Cruz’s iconic stores and restaurants last year (“Everybody’s Business,” 10/11/17). Carrillo wonders if resources on employee succession plans could have prevented the shutterings of many popular establishments, like Capitola’s beloved Kaleidoscope toy store, which closed in 2014.

Brown says he’s hesitant to single out examples of businesses that could make the transition and sell to their employees without knowing the specifics of their situations. But he says there are generally a few ideal conditions for a worker-owned business. One is that the business be in good financial standing, and another is that the owner be nearing retirement, but not looking to retire immediately.

For Thursday’s event, Co-Op SC has lined up speakers like Ross Newport, the sales manager for the cooperatively owned Community Printers. Newport says he’ll discuss his 40-plus years of experience at the local operation, sharing responsibilities and profits.

“One stereotype about worker co-ops is that it’s this crazy business model. It’s actually a really conservative model, because imagine what happens when you put all the people at a company in charge of the major decisions having to do with hiring, firing, signing on a million-dollar note to buy equipment,” says Newport, talking loudly over the hum of a heavy machine assembling an academic magazine nearby. “Because it’s everyone’s job, people take these decisions really, really seriously.”

Of the company’s seven founders, Newport, 63, says he’s the only “old fart” left at Community Printers, which now employs 35 people. And he says that the company has grown into the Monterey Bay’s biggest printer largely because they have remained vigilant about continuing to innovate and also because the company leapt at the opportunity to buy their building years ago, giving the group a sense of long-term security.

Brown says some of the best candidates for employee ownership will likely be the businesses that find a way to avoid Santa Cruz’s high rents. Maybe the business owns property, like Community Printers does, Brown says, or maybe it’s a business, such as a cleaning service, that has geographic flexibility and isn’t tethered to one location.

Brown and his fellow volunteers don’t have any data yet on how popular this idea will be in Santa Cruz or what impact these resources could have on the local economy. But they are hoping to get a pulse of the community on Thursday.

“We see an opportunity here for transformational change,” says Brown, who helped start a nonprofit preschool on the Westside years ago that’s run by parents and teachers. “We’re also just trying to find out who’s out there. Who’s interested? And we haven’t had these opportunities to do these in-depth studies of our local business owner community. And this’ll be our first foray into that. We’ll see who shows up.”

Newport says there can be challenges when sharing a business with a couple dozen co-workers. But he says that the model can work as long as everyone’s willing to listen.

“You have to get used to the idea that what you want to see happen is one person’s opinion. You don’t always get to have your way. You sometimes have to subordinate what you think is the right thing for what the group wants to do and is comfortable with,” says Newport, adding that Community Printers employs workers from many walks of life—immigrants, tea partiers, radical leftists. “We come together and we make things happen to benefit all of us. It doesn’t mean much if it’s only for crazy idealists. The model has to be viable for everyone.”

“Creating an Employee Succession Plan” will be held at 7 p.m. on Thursday, March 8 at the MAH Community Meeting Room.