.With Retail in Trouble, Experts Ponder What’s Best for Business 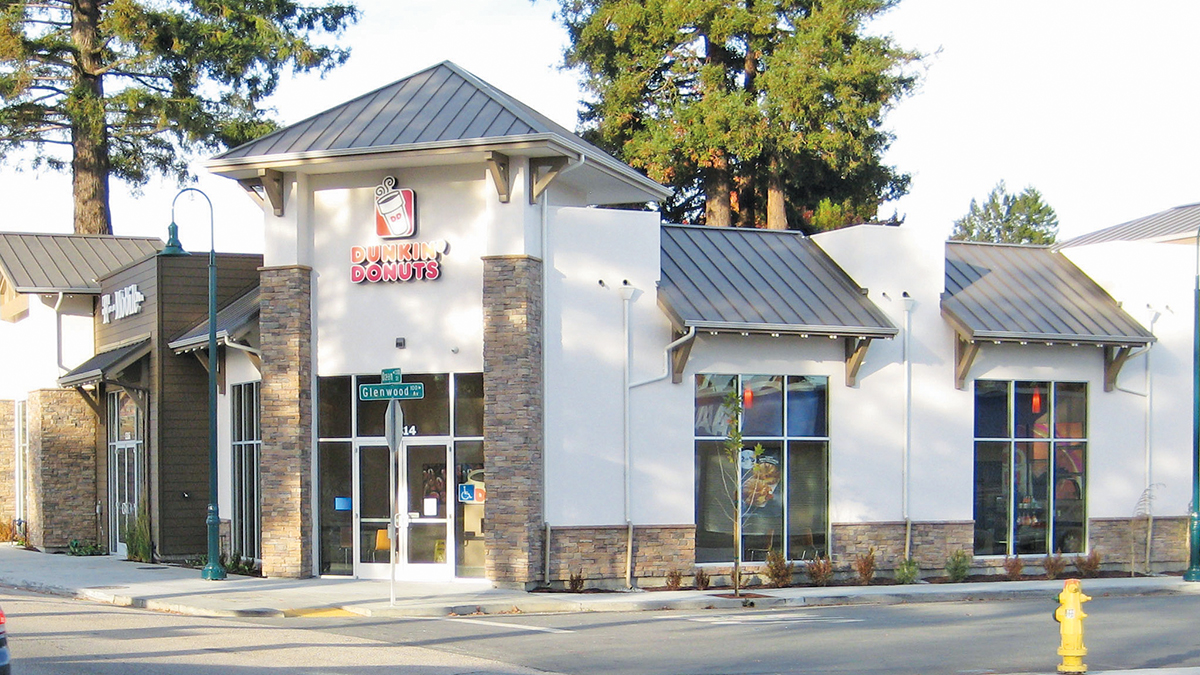 Not long ago, Derek Timm, a local developer and real estate broker, demolished a run-down Ocean Street party house to build a Dunkin’ Donuts—a newly opened safe haven for nostalgic, coffee-loving East Coasters, though it’s certainly not a player in the local economy that Santa Cruzans talk about so often.

Timm has gotten an earful about the new Dunkin’ Donuts and its neighbors, a T-Mobile and a Habit Burger Grill, both of which will be opening soon. People tell him they wish he had brought in local businesses. But Timm says that, as supportive as Santa Cruz proclaims to be of local businesses, fees often make it difficult for anyone other than a chain to set up shop.

“We want local businesses,” Timm says, “but with traffic impact fees totaling into the thousands of dollars, what small business can afford that?”

The one-time traffic impact fees paid by those three tenants combine to a total of $132,000, according to Chris Schneiter, Santa Cruz’s assistant public works director.

Schneiter, who developed the fee a little over 10 years ago, says the algorithm takes into account a business’ location, its size and the type of business. A fast food joint will create different traffic patterns than a warehouse.

The city wasn’t the first local government to implement the fee. Scotts Valley, Watsonville and the county all have similar ones. The fee to developers mostly funds nearby projects, but a small portion of the pot has gone to bigger undertakings, like the Arana Gulch Multi-Use Trail or the studying of improvements to the intersection of Highway 1 and Highway 9.

“We do get complaints that the fee is too high, but on the other hand, the public and the council have given the direction that the developer also needs to pay their fair share. It’s usually a give and take that comes with development,” Schneiter says.

As Small Business Saturday nears on Nov. 25, with more than 2,000 county businesses participating, the questions about what’s best for business are getting louder, and a new outreach program aims to help struggling stores stay afloat when it launches early next year.

Retail around the country is gasping for breath, with online retailers hurting many of the nation’s major chains—Urban Outfitters, Macy’s, Men’s Wearhouse, Sears, JCPenney, Barnes and Noble and even Target. Local businesses, meanwhile, are crossing their fingers for a strong December.

Here in Santa Cruz when a new business prepares to open, that business only pays a traffic impact fee if there’s a change of uses—for instance, when a developer takes a house and converts it to a restaurant. If The Habit were to go out of business, and a similar restaurant came in, that new business would not have to pay an impact fee. But Timm says the fee makes it difficult for any self-funded local to open in a brand-new building.

Over the years, Schneiter admits there’s been a history of businesses finding out about these fees late in the game—often after they’ve been talking to city staffers about their business idea for months. Schneiter says he’s worked with the planning department and economic developers to improve lines of communication, so entrepreneurs find out earlier if there may be a traffic impact fee, and he says he’s happy to provide estimates for a new fee.

“In a few cases, it’s fallen through the cracks where people either weren’t paying attention or plans didn’t get routed to me, or the information changed between one set of plans and the other, and it wasn’t caught,” Schneiter says. “Some things like that do happen—I would say a lot less than they used to.”

Casey Beyer, CEO of the Santa Cruz Area Chamber of Commerce, has seen the data on the priorities of many of the county’s businesses. Both the chamber and the Santa Cruz County Business Council have polled their members in recent years, and both came back with the same top four concerns: high cost of living, lack of housing, transportation options that are both limited and insufficient, and public safety. Fees and red tape don’t crack the top of the list.

Beyer, who used to lead the business council, would know as well as anyone how to compare Santa Cruz to other communities. He serves on the Tahoe Regional Planning Agency, as well as the Silicon Valley Leadership Group. He worked as the chief of staff for former Congressmember Tom Campbell, a Bay Area Republican, and for a solar company in Los Angeles. He says that, although county businesses face many local fees, so do businesses in other California communities.

Beginning in early 2018, the local Small Business Development Center will lead Reset 2018, a new outreach program for retail, in partnership with the city’s economic development department and the Downtown Association of Santa Cruz. The program will work with about 15 struggling downtown shops, trying to help them survive. Teresa Thomae, director of Small Business Development Center, has a lot of experience offering guidance. She’s found that some clients listen better than others.

“We work with a lot of businesses that I wish could get out of their own way,” says Thomae—noting that a successful business owner needs a combination of financing expertise, marketing brilliance, a strong-willed ego, and the ability to listen to criticism. “And then there are other businesses that work really hard. It’s frustrating sometimes when a business won’t get out of their own way, but sometimes they don’t have it in them to do that.”

Around that same time next year, retail expert Robert Gibbs is scheduled to return for a twice-delayed trip to Santa Cruz. While here, Gibbs will update his 2011 analysis of the local business scene, says economic Development Director Bonnie Lipscomb, and give a few talks to downtown shop owners as well.

With Small Business Saturday around the corner, Beyer calls the nationwide event, which is sponsored by American Express, “a great model” to get people to keep money in the community. But helping our local economy is a complex game of pros and cons.

“A lot of folks are willing to pay the extra dollar for something that’s local, instead of a big box outlet,” he says. “But I remember years ago, before Trader Joe’s moved in and before Costco was there. That changed when [the City Council] saw the tax revenue of having those businesses there. So that’s interesting. It’s all about the tax base. It’s an interesting conundrum.”

Small Business Saturday is Nov. 25, with more than 2,000 local businesses participating. A number of events are happening in conjunction with the day. There will be hayrides and hot chocolate at Watsonville’s East Lake Shopping Center and a Makers’ Market in Felton, as well as giveaways of Boulder Bucks, which are good at many Boulder Creek shops. For more information, visit facebook.com/santacruzcountysmallbusinesssaturday or americanexpress.com.

Next ArticleWhat are you grateful for?