.Surfers Save Woman and Kids After Car Plunges Off Cliff 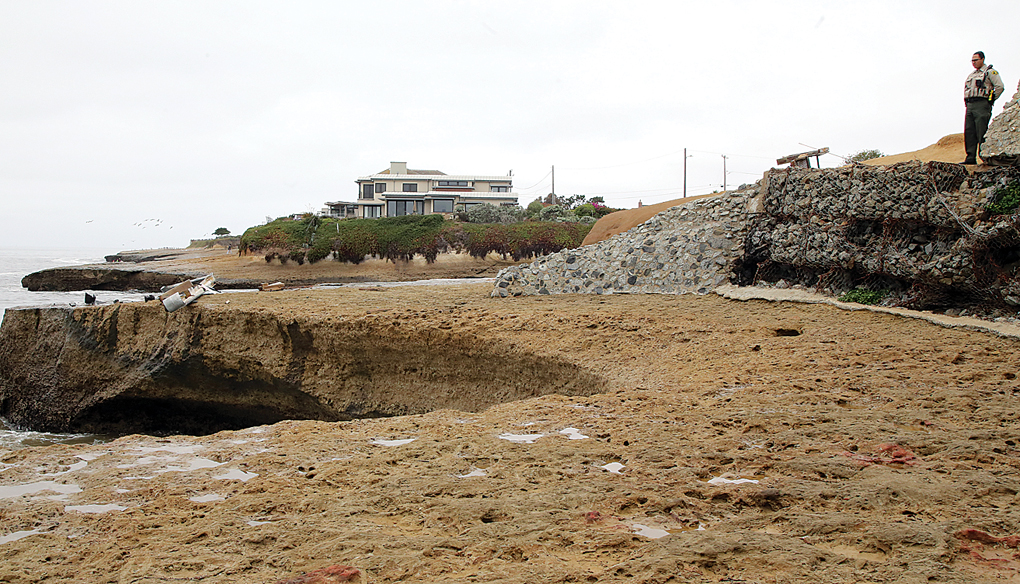 LIVE OAK—A woman and two children survived a dramatic plunge into the sea in their sedan Friday morning thanks to a pair of surfers who rushed to their aid.

Santa Cruz County Sheriff’s Office spokeswoman Ashley Keehn said a Nissan sedan shot off of the cliff at Sunny Cove (17th Avenue) in Live Oak with a woman at the wheel and her two children aboard around 9am.

A surfer in the water saw the crash and paddled over to the car that quickly sank in the surf at the base of a cliff with the trio trapped inside.

Another surfer, Joe Evans, said he saw the car smash through a guardrail and into the sea from where he stood on land.

“I was checking the waves when I heard this big crunch and I saw it go over,” he said. “I ran over there. There was another surfer out in the water. We both got there about the same time. Everyone was still in the car. The surfer helped them get out. He used his surfboard as a backboard. We got them on the beach and got them stable.”

Evans guessed that the woman was in her 30s and the kids to be “grade school” ages.

“She was pretty banged up,” he said.

The woman was taken to Dominican Hospital and was later flown by CALSTAR air ambulance to an out of county trauma center. Keehn said the children suffered minor injuries.

Keehn said the cause of the crash was still under investigation.