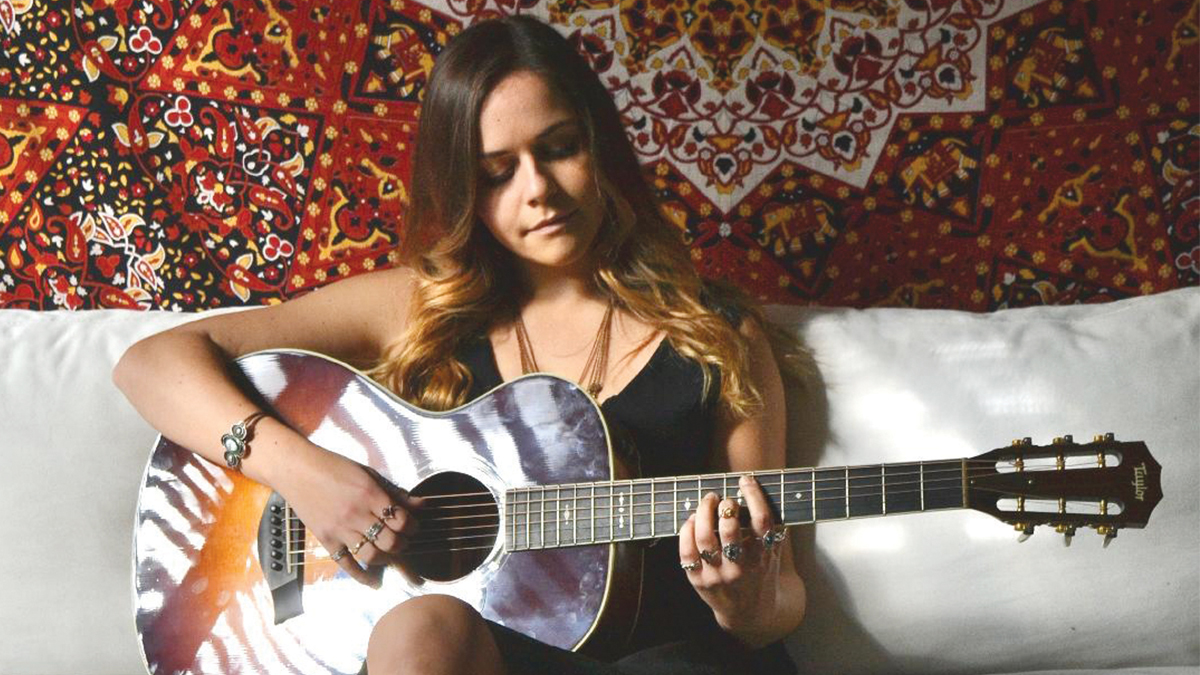 Last year, Taylor Raw was surprised to learn that she’d won a NEXTie. The native Santa Cruz singer-songwriter didn’t even know what the NEXTies were. Although she grew up here, she’d been living in L.A. from 2012 to 2016, so she was a little out of the loop.

The most surprising thing about her win was that when she got the call, she was informed she’d won Foodie of the Year, which just confused her. She remembers thinking: “I have no idea what kind of speech I’m going to make.”

A second phone call affirmed she’d actually won Musician of the Year. It was a clear acknowledgement of the hard work she’d put in to the live music scene in Santa Cruz since moving back from L.A. Some weeks, she was playing five to six nights a week. In 2017, she played more than 150 shows.

All this gigging has been a nice change for her. In the almost four years she was in L.A., she didn’t play a whole lot of shows. She first went to school to study music, then worked with people in the music industry to try to launch a career. Once she returned home in early 2016, she set that aside and opted to organically build a fanbase in her hometown.

“It was very clear that [L.A.] wasn’t the place for me. I just had a really hard time being a broke musician,” Rae says. “I was like ‘OK, I’m not feeling L.A. I’m going to go back up to Santa Cruz and just become a full-time live player and just focus on my acoustic stuff.’”

Since making that decision, she’s been able to support herself playing music full-time. She plays mostly solo acoustic shows, sometimes as a duo with a keyboardist, and on occasion her band from L.A. will come up to Santa Cruz for bigger gigs. She will perform with the band at Michael’s on Main on Feb. 10.

On the same date, Rae will be releasing her new single, the soulful-acoustic “Liquify,” which is off her upcoming album, Mad Twenties. She released the first single off the record, “Morning Fade,” at the beginning of the year. The song was a departure from her last record, 2014’s Gettin’ High to Stay Low, an Americana-meets-Southern-country-rock record. For “Morning Fade,” she collaborated with engineer/friend Parker Miller to create a jazzy, ’70s AM pop radio track. According to Rae, it’s got a “Steely Dan vibe.”

The projected release date for the record is early summer. It’s a project three years in the making, with the tracks recorded in Colorado, L.A. and Santa Cruz.

“A lot of musicians are involved,” Rae says. “The way we recorded, it’ll sound a little different stylistically. In a way, they’ll be cohesive. The writing style is similar, which will bring it together.”  The title of the new record references the fact that she wrote and recorded the album in the first three years of her 20s, and it reflects “all the highs and lows of them … how they were crazy,” Rae says.

Before she left Santa Cruz in 2012, people knew her around town as a gifted teenage singer-songwriter, calling her an “old soul” and wondering how she had insight into the emotional depths she was singing about.

“I feel like I understood that they were deep because other people were reacting that way,” she says of the songs she wrote then, “but I had not experienced any event I was talking about.”

That’s all different now. She sees these songs on her forthcoming album as a clear reflection of her life, and a way for her to process all of the experiences and emotions that she’s been going through, and to try to understand them.

“All of them have meaning to my life. They’re just genuine,” Rae says. “I think once the record is out and done, I can come to a sense of closure and start working on a whole new batch of songs, let my mind open up to next wave.”