.The Soul Rebels Brings a Slice of New Orleans to Felton Music Hall 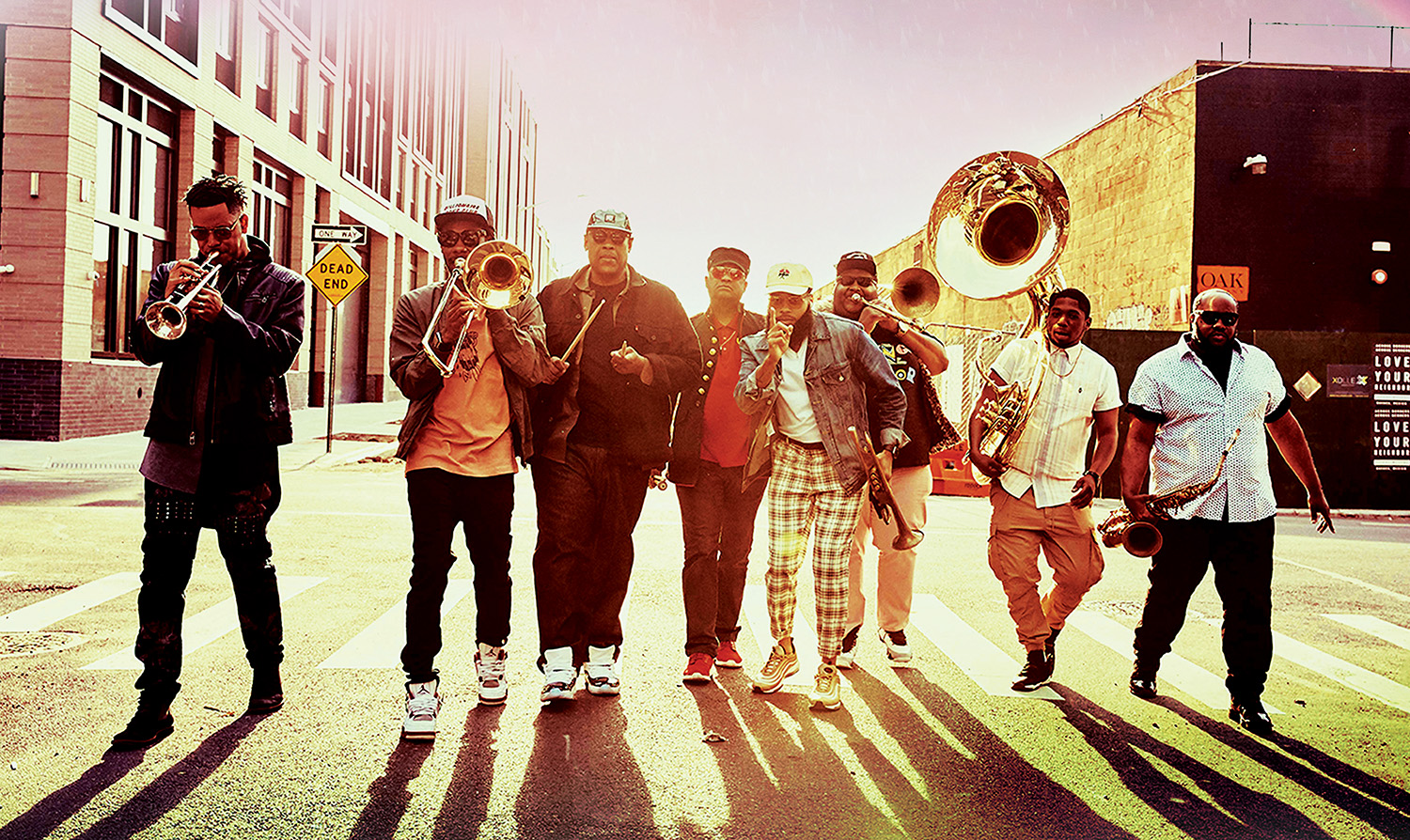 How does an eight-piece brass ensemble approach a collaboration with the most popular active metal band on the planet?

“That’s the first thing we asked each other when we got the job,” says Erion Williams, the Soul Rebels tenor saxophonist.

In November of 2011, the Soul Rebels and Metallica had been in London to appear on BBC’s Later…With Jools Holland, which led to a chance encounter between Williams and Metallica drummer Lars Ulrich, who happened to be trying to catch a cab back to their hotel at the same time. Ulrich expressed that he and his bandmates were captivated by the Soul Rebels performance and wanted to work with them. More impressively, the band scored the prestigious invitation before releasing an official full-length record.

“We brushed that off, like ‘Yeah, all right,’” Williams chuckles. “We had heard that before, and at the time, it rarely led to anything.”

But Ulrich wasn’t bullshitting: A couple of months later, the Soul Rebels were in San Francisco playing brass arrangements of Metallica hits, including “One” and “Enter Sandman,” at the Fillmore. The New Orleans outfit was the opener for a four-night run, celebrating the 30th anniversary of the metal giants’ 1981 debut at the legendary venue.

Each night, the concerts culminated in a “Seek and Destroy” jam featuring both bands—with occasional surprise guests like Green Day’s Billie Joe Armstrong—bringing down the house.

“We all come from high school and college marching bands, so it makes it easier for us to listen to a song and [translate it into brass and horns], because that’s what marching bands do,” Williams explains. “That’s how we attacked Metallica’s music. Our background makes it somewhat easy to meld both worlds together. It was intense, and it came out really well.”

The Soul Rebels have been “melding” genres while keeping their New Orleans roots intact for nearly three decades. Their dedication extends to their live performances, which are more like parties on stage—playing an average of 150 shows per year, including every large-scale music festival in the country, has resulted in troves of new lifelong fans. The Soul Rebels’ late-night 2012 Bonnaroo jam was acknowledged by Fader, alongside Radiohead and Phish, as one of the top 10 festival moments.

From Portugal The Man to Nas and Rakim, the Big Easy outfit is a conglomeration of talented chameleons. In 2019, Katy Perry incorporated the Soul Rebels into her New Orleans Jazz & Heritage Festival show.

The Soul Rebels have original music, too. The group’s 2019 ambitious Poetry in Motion is a gumbo of R&B, hip-hop, blues, jazz and more with special guest spots from Branford Marsalis, Matisyahu, Robert Glasper and Trombone Shorty, to name a few. Recorded in Sony 360 Reality Audio, every note and nuance come through crystal clear on tunes like the anthemic hip-hop fist-pumper “Greatness.”

When I spoke to Williams, he was getting ready for the Soul Rebels’ first extensive tour since pre-pandemic. Spanning from the West Coast to the East Coast, the band’s Epic Vibes Tour is set to join up with Trombone Shorty this summer for a leg of the tour. Williams says the band has missed performing live as much, if not more so, than their fans.

“We’re all about spreading positivity and spreading the New Orleans sound across the world,” he says. “We approach every show with the same level of energy and passion and drive. It’s in our horn power, our singing, our rapping and everything we do.”

Next ArticleThings To Do in Santa Cruz: Feb. 16-22