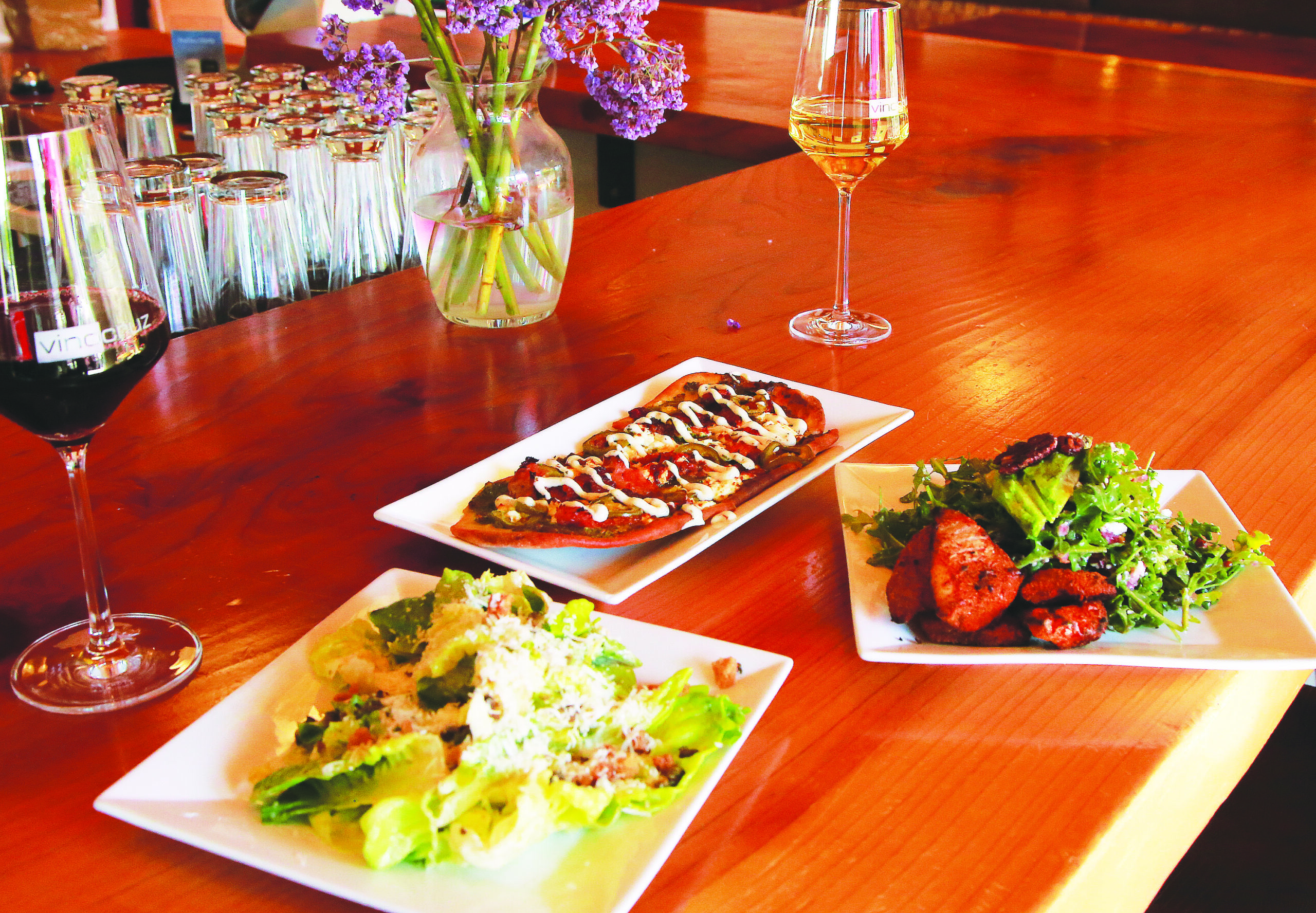 While Kaitlyn Woodward’s UC Santa Barbara global studies buddies pursued careers like international trade and national security, she landed a job as a baker at IV Drip Bakery in Goleta.

The Santa Cruz native excelled, and, more importantly, she loved it. With some convincing from IV Drip’s owners, Woodward headed back to school and picked up a culinary degree from Santa Barbara City College. Upon graduation, she worked as a baker for Handlebar, an upscale Santa Barbara joint.

Vino Cruz opens 2pm-8pm every day (until 9pm Fri-Sat and opens at noon Sat-Sun). Woodward spoke about the blending of sweet and savory talents and the inspiration behind her culinary career.

How was the switch from baker to head chef?

KAITLYN WOODWARD: In baking, there are more exact measurements and more rules you have to follow, whereas, in other cooking, there is more freedom, more room to play around, less rules and less of a margin for error. Even though now my focus is more on making dinners instead of pastry, my background in baking still informs the work I’m doing today.

When did you realize your culinary calling?

It actually started back in high school at Aptos High. I would always make my friends cupcakes for their birthdays, and one time a friend told me that it was the best cupcake he had in his life and that I should open a bakery and sell them. That was when I realized that my lifelong passion for food should be my career. And even though I’m no longer baking cakes professionally, I still make one and bring it in for every co-worker’s birthday here at Vino Cruz.