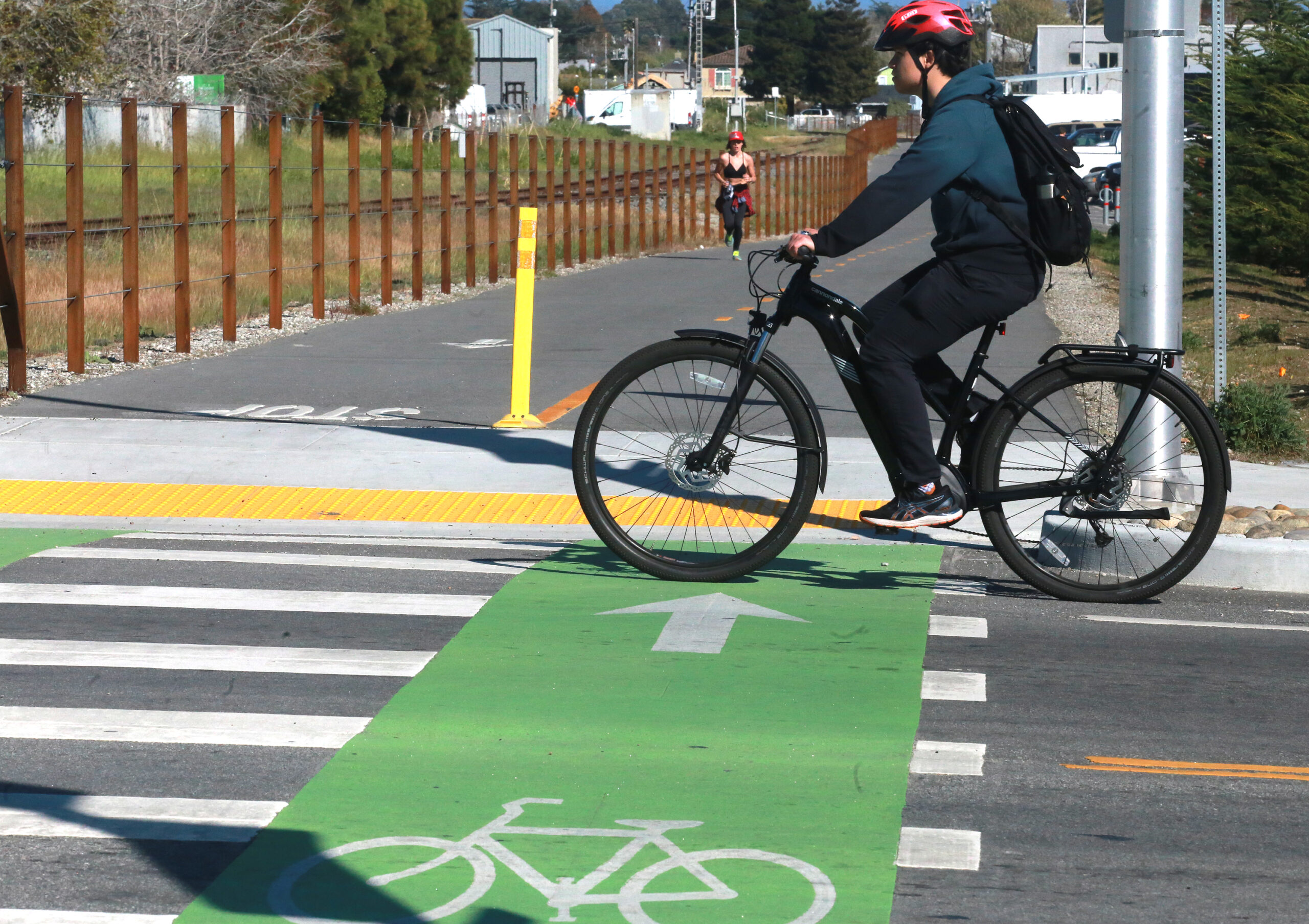 The fate of Santa Cruz County’s rail line is now in the hands of the voters.

The Santa Cruz County Board of Supervisors on Tuesday voted 4-0 to place on the June 7 ballot an initiative which, if successful, would amend Santa Cruz County’s general plan to prioritize development of a bike and pedestrian trail along the rail line running from Watsonville to Santa Cruz, while “railbanking” the tracks for possible future development.

Supervisor Zach Friend recused himself from the vote, explaining that he has property near the rail line and therefore has a conflict of interest.

The supervisors also accepted a report detailing the estimated influence of the initiative, outlining the initiative’s financial impact, and how it affects the county’s general plans, its housing element and land use, among other things.

One of the most controversial and divisive issues to face county residents in years, the future of the rail line—and longtime efforts to either bring passenger rail to the 32-mile stretch or convert it to a trail—hangs in the balance.

In February, the nonprofit Santa Cruz County Greenway submitted more than 12,000 signatures to bring the issue before voters. The group envisions a future in which commuters use a two-lane paved path for “active transportation” such as bicycles, wheelchairs and skateboards, with a divider and a separate path for pedestrians.

They say the path would reduce greenhouse gas emissions and vehicle traffic.

Opponents call the initiative misleading and say that the removal of the tracks will almost certainly be permanent and therefore would be the end of any plans for countywide commuter rail.

Board Chair Manu Koenig, the former executive director of Greenway, centered his 2020 supervisorial campaign around the issue—he unseated longtime Supervisor John Leopold in that election.

Koenig has long said that a passenger rail service here would be unworkable, expensive and an ungainly addition to the relatively small county of 270,000 or so residents.

He pointed out that, in some places, it would be less expensive to build a trail alongside the track. The report also says that maintaining the rail for freight could cost $60 million, Koenig said.

County staff estimates that repairing the line for freight service could run from $48.7 to $63.7 million.

“Really we need to be budgeting in how we’re going to maintain this facility once it’s constructed,” he said. “I think our community is going to have to have a very real consideration about what we can afford and what we can get done, and I’m glad the report provides some clear information on that.”

In railbanking, jurisdictions save their rail lines and associated infrastructure for future use, while focusing on other development until rail is deemed feasible.

While Greenway has said the move allows for the possibility of future rail service, Santa Cruz County Regional Transportation Commission (RTC) Executive Director Guy Preston has said that passage of the initiative will likely mean the removal of the tracks.

Most of the 12-member commission has indicated that they favor keeping the tracks in place and some said they would reject both abandonment and railbanking, should the issue come as an action item.

The discussion included more than a dozen members of the public, which were evenly divided in their opinions, but all of whom supported placing the issue on the ballot.

But while Greenway has garnered significant support for the initiative, it remains unclear how the vote will go.

The group No Way Greenway—formed in opposition—calls the initiative misleading.

Four Watsonville City Council members also oppose it, along with two from the Santa Cruz City Council. Supervisor Greg Caput, who said he “strongly opposes” the initiative, said it is still important to let voters decide.

“I strongly believe that we (should) put it on the ballot,” he said.

While the outcome of the vote could change county code to bring a focus to the development of a trail-only model, it will not mean that railbanking will happen immediately, since the U.S. Surface Transportation Board has jurisdiction over such matters.

Either way, the RTC, which owns the line, will soon consider what to do with the line in the short-term, with the commission this spring set to mull an interim plan.

Further complicating the matter is that RTC bought the Santa Cruz Branch Line from Union Pacific in 2012, but not the freight easement, which is now held by Saint Paul and Pacific Railroad.