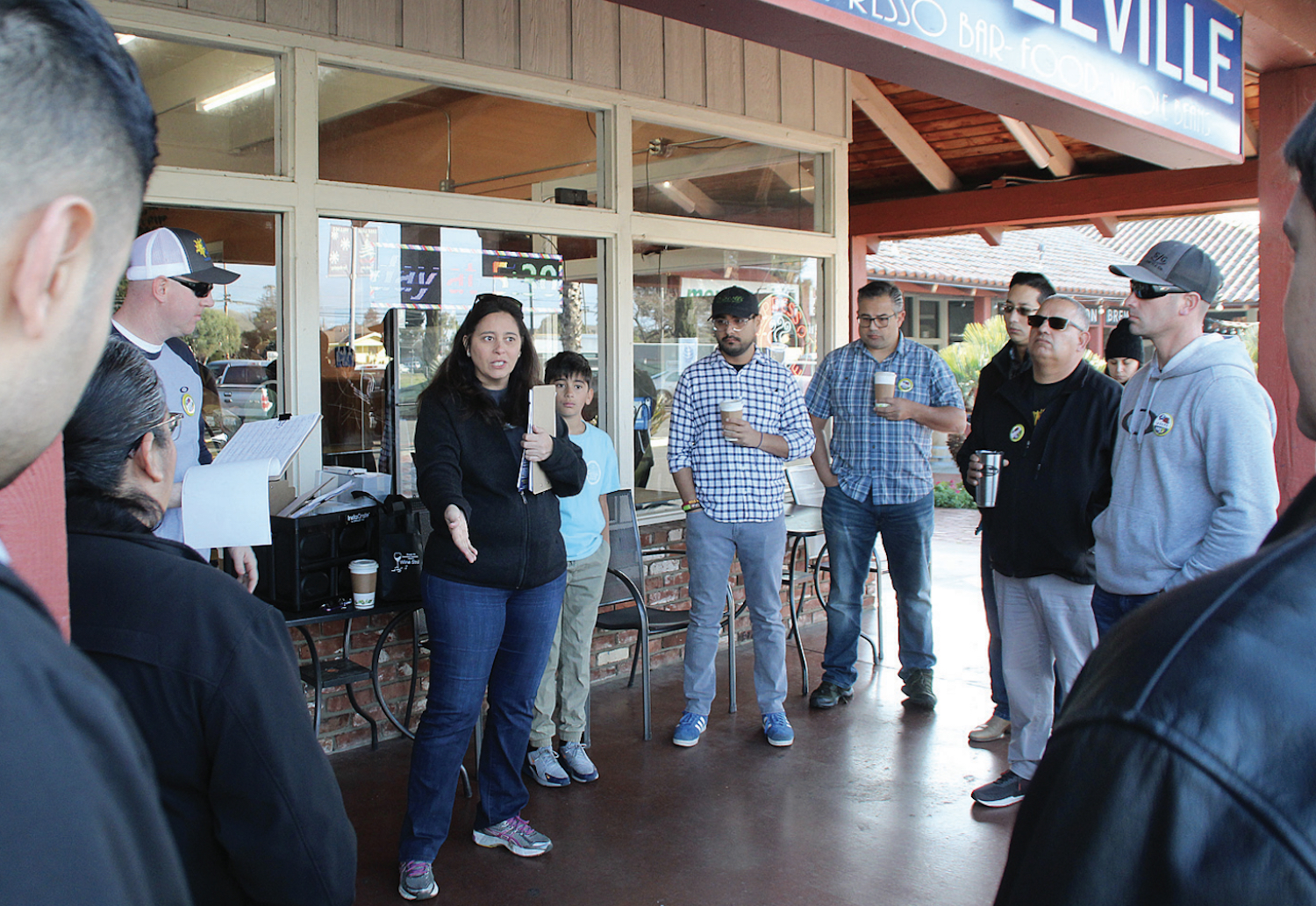 The Watsonville City Council appointed Tamara Vides to serve as the interim city manager in a special meeting on Tuesday night.

Vides, an employee of the city of Watsonville for 23 years, will step into the role on Dec. 15, the day after outgoing City Manager Matt Huffaker will leave his position.

Huffaker, the city’s chief executive for the past three years, is slated to take over as Santa Cruz’s city manager on Jan. 3.

After the brisk 20-minute meeting was adjourned, Dutra and Mayor Pro Tempore Ari Parker engaged in a brief verbal spat about the former’s vote. The two eventually went their separate ways as the 15 or so people gathered in the City Council Chambers quickly dispersed.

Vides, who was named deputy city manager in 2018 and then reassigned to assistant city manager in October 2020, stuck around as the chambers emptied and hugged and kissed her kids telling them several times that “it’ll be OK.”

Asked what she was feeling after the meeting, Vides said it was tough to pin down only one emotion.

“One feeling is relief, just knowing that I can really plan and start looking forward because not knowing was unsettling,” Vides said. “It has not been an easy process and I know there’s work to do and I’m ready to do it.”

The meeting brought to an end extensive deliberation among the Watsonville City Council about who should take the reins from Huffaker in the interim. The elected leaders met four times in closed sessions to discuss the matter.

The topic was a contentious one. Nearly all city of Watsonville department directors spoke in favor of Vides’ appointment over the past four weeks, but other city employees—both on the record and in private messages to the City Council and media—came forth with concerns over her stepping into the role.

Only one person spoke during the public comment portion of the meeting. Pedro Castillo, a community activist and UCSC professor of history emeritus, said that Vides had no connection to the community.

“I think that you still have time and I think there is terrific, wonderful, qualified people within the city that you could appoint in an interim basis,” he said.

Both Dutra and councilman Francisco “Paco” Estrada said that the process has brought to light workplace issues in the city that must be addressed in the coming months.

Added Estrada: “It breaks my heart to hear that there are members of the city that come to work, that are not happy and that do not feel confident enough to express themselves or to share a concern either in person, anonymously or in any other way. That is an issue that we will be asking the next city manager to immediately address. Because I think spending 40 hours a week of your life unhappy is not fair.”

Normally a supporting staff member that operates in the background, Vides was thrust into the center of the conversation when Huffaker announced he would leave the city in late October. The experience, Vides says, has at times been brutal, as people have questioned her leadership, temperament and commitment to the city.

“It’s been hard because I pour my heart and soul and for someone to stand there and say ‘we don’t know this person,’ I just don’t know how you don’t know me,” Vides said, holding back tears. “How do you not know me when I’ve been here 23 years, and I’ve consistently dedicated not 40, not 50 [hours per week]. I dedicate an incredible amount of hours and I’m incredibly enthusiastic about the job I do. I don’t recruit through a flyer. I’ve walked the streets of this community. I have knocked on doors. I have sat in the living rooms of these families. I’ve visited the fields. I’ve visited the schools. It’s hard for me to hear some of the feedback.”

But, she says, it has also been a big learning experience.

“At the end of the day, the workplace is super important to me. I spend way too many hours here. I was just telling (another city employee) earlier this week, ‘you know this is my community.’ I live here now, but I didn’t go to high school here. This is where I make friends. This is where I connect with people. So my workplace, it is my all. So to have positive professional relationships, to me, is super important. I’m going to work hard on making sure that we work to uplift our employees and our organization.”

The City Council also approved a contract with the recruitment firm Peckham & McKenney to seek candidates to replace Huffaker.

Finding his permanent replacement will take anywhere from three to six months, the city said.

Next ArticleBiden Vows to Fight Omicron With ‘Science and Speed, Not Chaos and Confusion’