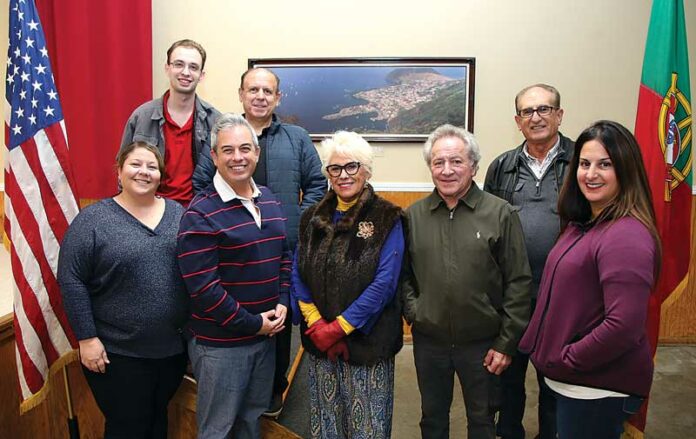 WATSONVILLE—Situated along the western coast of São Jorge Island in Portugal is Velas, a historic port town with a population of just over 5,580 people. Located in the Azores, the city is one of the oldest settlements on the island, boasting incredible ocean views from high, verdant cliffs.

And as of last week, it is officially a sister city of Watsonville.

Months of work came to fruition on Dec. 14 as members of Watsonville’s Portuguese community gathered at a city council meeting to celebrate the designation. A committee formed by then-mayor Jimmy Dutra were on hand to bear witness to the historic moment.

“I’m really proud of the Portuguese community for coming together and making this happen,” said Dutra, who is of Portuguese descent. “As mayor, I had a lot of visions. One of them was to create a sister city in Portugal. I knew I only had one year to get it done … so we formed a committee and got to work.”

Goretti Carvalho, who immigrated from Portugal and has lived in Watsonville for 53 years, helped get the ball rolling. Having a home in São Jorge where she spends a few months every year, she began making connections with Velas’ mayor and other representatives.

“It’s a really great feeling,” she said. “This is a wonderful accomplishment. It’s not easy to do this. But it was worth it. The people [in Velas] are also very excited.”

Carvalho said that her husband, John Carvalho is from São Jorge. In fact, a large number of families who immigrated from the island landed in Watsonville, making it a “perfect choice” as a sister city, she says.

Committee member John Bettencourt added that the cities have a lot in common: They both have plazas and airports, and are coastal with similar weather. Both communities have deep roots in organic agriculture; Lakeside Organic Gardens’ owner Dick Peixoto is Portuguese-American himself. They are also home to large Catholic populations and are passionate about sports, especially soccer.

Committee members Nathalie Costa and Lucy Rojas presented on Dec. 14 to the council, who unanimously agreed to the designation.

“I’m feeling really hopeful of what this can mean for our two communities,” Rojas said. “I’m excited to build a partnership. This can also be a way to engage future generations of Portuguese-Americans in Watsonville.”

Rojas said that most Portuguese in the area are first-generation and that having a sister city will help keep their language and culture alive.

“As we move forward, there is more and more distance from our children to those traditions,” she said. “So I’m excited. This is a really great way to continue on.”

Jaidon Bettencourt, president of Irmandade Santissima Trindade Watsonville (ISTW), said that the designation will also be beneficial for the greater Watsonville community.

“I feel like it’s good to educate people,” he said. “They see our events … They see us going through town with our parade. But not many know the reasons behind it. This is a really good step.”

Two days before the city council meeting, friends and family gathered at the Portuguese Hall of Watsonville to celebrate the holidays and yet another milestone: the publishing of a new volume of “Portuguese in California: the History of Generations.” Author Nelson Ponta-Garça, a correspondent with Portuguese National Television, was on hand to sign copies of his book, which includes history and interviews with people in Watsonville.

“Nelson called me and was like, ‘The Portuguese Ambassador wants to come down!’” John Bettencourt said. “It was a surprise. So much happened all at once.”

As for the sister city designation, there is still a ways to go before the relationship is solidified. The committee will work with Velas to decide on the terms of the agreement and what it means for both cities. An official ceremony will take place sometime next year.

“That will come through conversations with Vela’s mayor and everyone there,” Dutra said. “It’s going to be really exciting, seeing what happens next.”