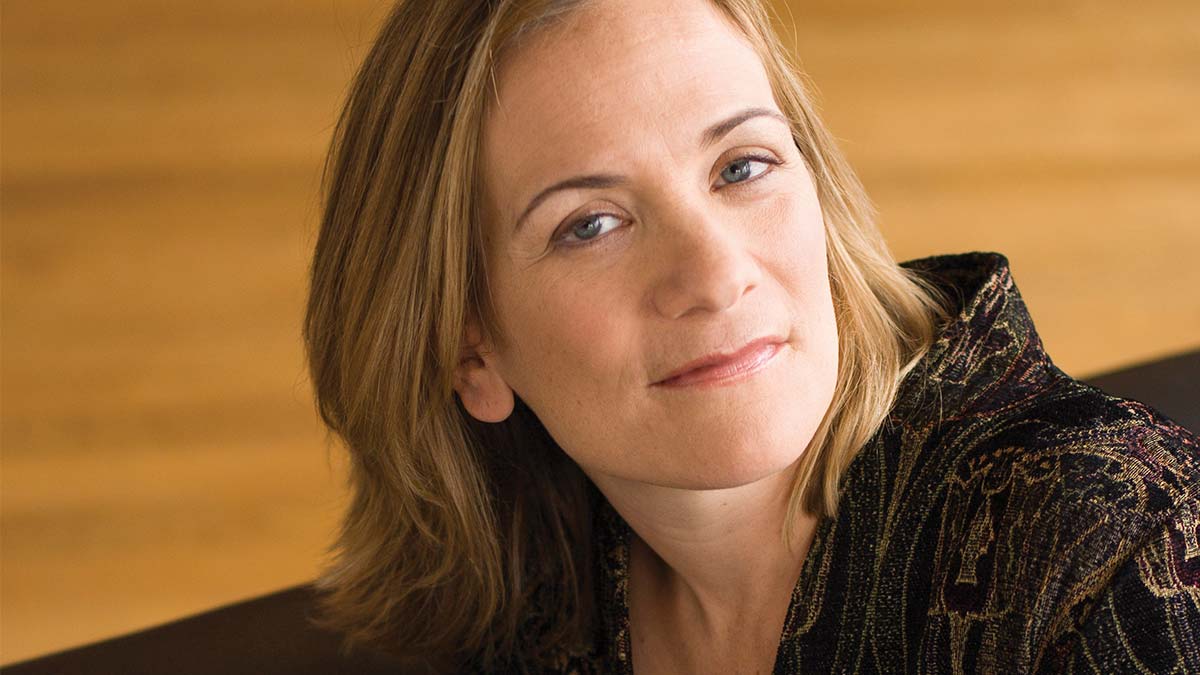 Who hasn’t heard the story of Johnny Appleseed, the legendary folk hero who planted apple trees across the country? Skilled nurseryman and espouser of simple living, his love of apples has long served American parents trying to get their kids to eat fresh produce. There’s only one problem: the person was real, but much of the story was fiction.
The myth of Johnny Appleseed is what sparked bestselling author Tracy Chevalier’s interest in writing her new novel, At the Edge of the Orchard.
“He wasn’t promoting healthy eating,” she says. “He was mostly selling apple trees that produced hard cider and applejack.” Indeed, Johnny Appleseed, aka John Chapman, was a strategic businessman who planted orchards in anticipation of the settlers who would come to the Ohio Valley needing to plant 50 viable apple trees to stake their claims. “I had this vision of a couple arguing over apples,” says Chevalier, “whether to have sweet eaters or sour spitters [two varieties at the time], him for eating and her for drinking.”
The idea grew from there that she would write about a dysfunctional pioneer family—“the dark side of the Laura Ingalls Wilder tales,” as she puts it. She also wanted to write about the great migration west, which gave birth to the most problematic American myth of all: The American Dream. As she dove into the kind of detailed research she’s known for, she pegged its iconic beginnings during the Gold Rush.

“This is a book about migration, and trees migrated alongside people,” says Chevalier. You look out a window, see a tree, and think it’s always going to be there. But trees as a species do move around, and get moved around. For me, that was underlying the idea of people moving.”

“I realized that that’s where it was minted, so to speak, this idea that you could change your life by reaching into a river and pulling out a nugget of gold to make your fortune,” says Chevalier.
Wrenching movement and infinite potential has shaped the American point of view ever since, and nature played no small part in the story. It is unforgiving to James and Sadie Goodenough, the husband and wife who clash at the beginning of Chevalier’s novel, but it provides solace to their youngest son, Robert, who heads to California in the wake of a family tragedy and ends up working for another real-life tree broker, William Lobb.
“This is a book about migration, and trees migrated alongside people,” says Chevalier. You look out a window, see a tree, and think it’s always going to be there. But trees as a species do move around, and get moved around. For me, that was underlying the idea of people moving.” She points out that apple trees came from Kazakhstan, along the silk route to Persia and Italy. “The Romans brought them to England,” she says, “and from there they came to the States.”
It might surprise readers to learn what trees William Lobb and Robert Goodenough sent back to Victorian England: redwoods and sequoias. “You can still see them in parts of the country,” Chevalier says. “They’re much smaller than redwoods that have been growing in California for hundreds of years, but they’re getting there.” She remembers spotting a small grove from a train window as she traveled through the British countryside. The nearby village had street names like “Redwood Way.” Sequoias can be seen too, on the grounds of Downton Abbey-style estates, exerting their distinctly American presence.
Pioneers and refugees often share the same goals, to transform hardship and seek opportunity, but Chevalier reminds us that it’s the business people surrounding them who more often profit. “Most miners during the gold rush didn’t make a fortune,” she says. “The people who did were the ones selling them the shovels and sacks of cornmeal.”
Even in the sweeping landscape of westward migration, where profiteers reap the most, it’s through family members navigating their way from brutal beginnings that we come to understand the greatest myth of all: that we can outrun our troubles. Chevalier sums up the cost of redemption.
“It goes hand in hand with the idea of moving across the country, always heading West,” she says. “When you reach the Pacific, you can’t go any further. You have to turn around and face what you’ve been running from.”