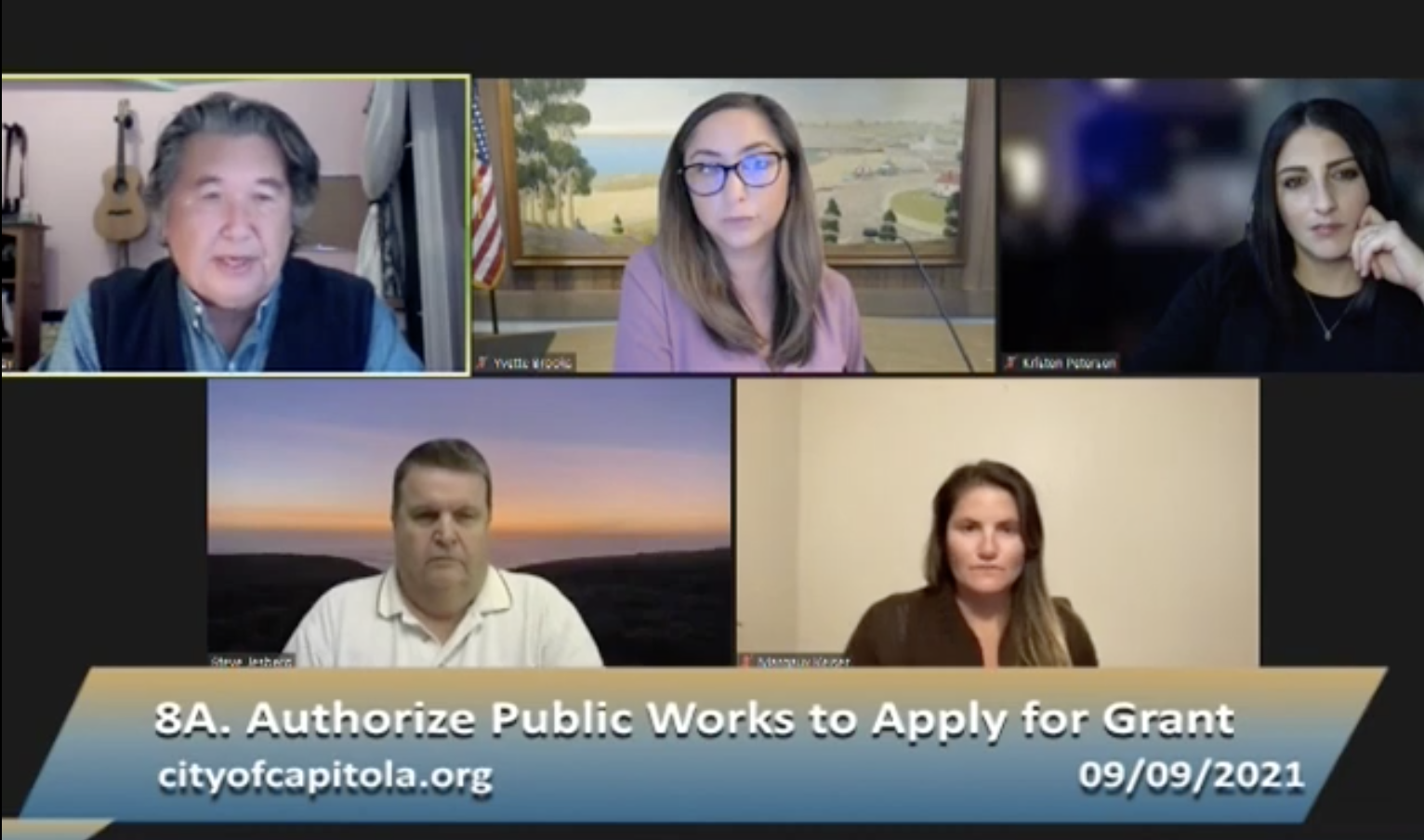 Capitola’s 41st Avenue, one of the city’s most heavily traveled roads, might get a makeover.

The City has been struggling to fund repaving 41st Avenue, a project that is estimated to cost around $1.5 million. The project includes repaving the street’s intersections at Capitola Road and Clares Road, and repaving the stretch of 41st that leads to the outer city limits.

The city has an opportunity to get the project partially funded through grants awarded by the Santa Cruz County Regional Transportation Commission (RTC), which would help expedite the project’s timeline. The RTC will be awarding $11 million in grants for transportation projects across the county, money coming from a mix of federal and state sources.

At the Capitola City Council meeting on Thursday, the council discussed which projects to put forward on its application for the RTC grants. Based on previous awards, the City is expecting to rake in somewhere between $400,000 and $1 million in grants.

“(The 41st project) has an advantage in that we can scale it,” said Steve Jesberg, the City’s public works director, at the latest council meeting.

For instance, depending on how much money the city is awarded, funds could be used to repave just the intersections, said Jesberg.

The other project Jesberg recommended was the Kennedy Drive project, which would fund construction for a new sidewalk from Sir Francis Avenue down the hill to Park Avenue.

Since the City already has the design for the Kennedy Drive project, grant funds could supply the money the project needs to be completed, Jesberg said.

Council voted unanimously to apply for the RTC funds with the Kennedy Drive project and the 41st Avenue project. The awards are anticipated as early as December.

Council also selected its new consultants that will support the city with project planning, design and construction for the next five-year cycle.

Council selected Pavement Engineering Inc., a firm with 30 years of experience in road construction that will provide design services with pavement projects like Bay Avenue and 42nd Street.

Kimley-Horn and Associates was hired for traffic engineering and civil design projects, and will immediately begin work on transportation projects, including the Kennedy Drive project.