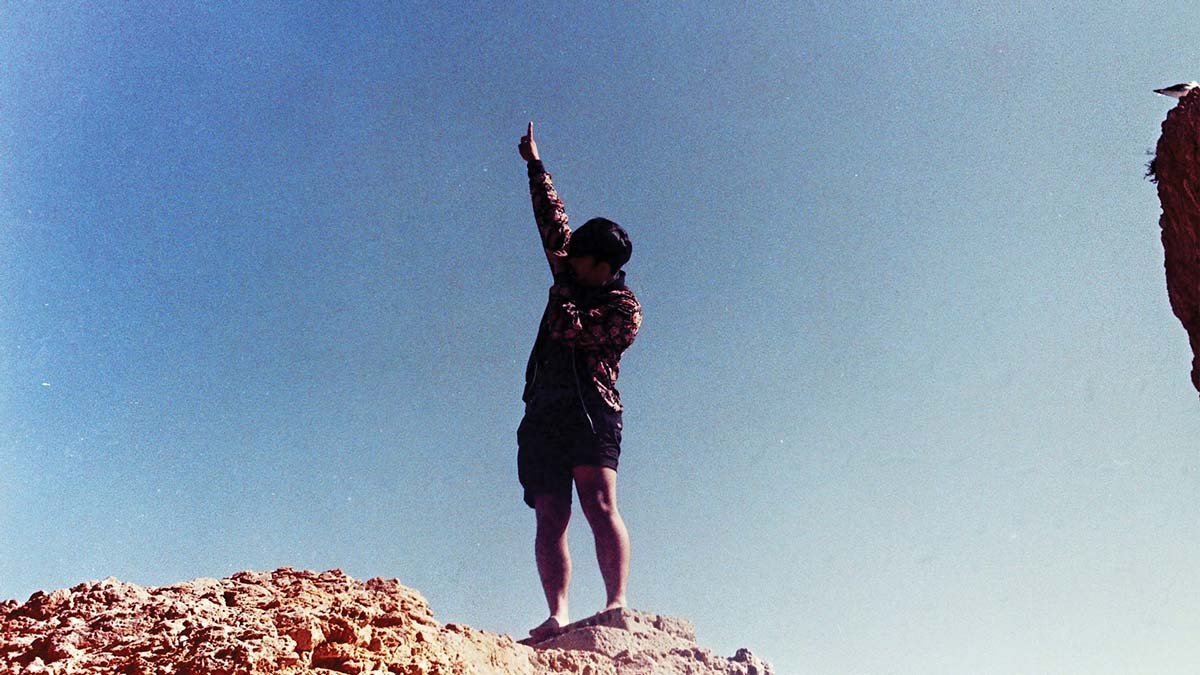 Six years ago, Mikey Maramag didn’t know anything about making electronic music. Nor did he have any professional gear. Yet music blogs like Pitchfork started raving about the dreamy lo-fi electro-pop tunes they found on his MySpace page, which he initially created under the moniker Bye Bye Blackbird, then later Blackbird Blackbird.
Part of what made Maramag’s music so compelling was the vocals, which were mixed low and treated like an additional synthesizer, adding another spacey layer of chill vibes. It’s reminiscent of other bands circa 2010, like Washed Out and Beach House.
But far from attempting to start a movement, Maramag’s sound was more a product of his technical limitations than anything else.
“I didn’t have any cool equipment. I was literally trying to pay rent. I didn’t have the means to get a nice microphone,” he explains. “I was just singing into a MacBook microphone, and put AutoTune on that shit, and then sampled it and put it in the background. It turned out cool. I want to go back to it, but not really.”
That initial batch of tunes were made in Santa Cruz while Maramag was a student at UCSC. He currently resides in L.A., but at the time he lived on River Street, and stayed up all night making music on his computer.
“You can see the house from the highway. It’s literally about to crumble apart. People might die there, so someone should probably get them out of the house,” he says.
As Blackbird Blackbird gained more attention, Maramag was able to finally get some better gear. His more recent music doesn’t have the same laptop-chillwave feel; instead, he’s evolved into blending live and analog instruments with computer sounds and samples. He incorporates guitar and drums (instruments he’s been playing longer than he’s been programming electronic music), which results in a thicker, more genre-bending sound. He’s also stopped mixing the vocals so low.
But the dreamy vibe present in his early work is still all over his newer records, like 2014’s brilliant Tangerine Sky. The songs strike a balance between moody indie-rock and laid-back synth-pop.
“I’ve always really loved pop music. A lot of my first stuff was really experimental. I was just figuring out what I was doing. Now I’m taking more of an arrangement-based approach when I write music,” Maramag says. “I definitely keep pop music in mind when I make music. I wouldn’t say it’s necessarily pop music. I definitely kept the catchiness in mind.”
Maramag hasn’t gone in one single direction. Some of his music is more in the realm of pop, while some of it is more experimental. He’s generally attempting to mix ingredients of electronic and live instrumentation to create something new and exciting, but sometimes tunes will be exclusively electronic or only include live instruments.
“All in all, it doesn’t matter which one you use, as long as you know how to get what you’re going for. It doesn’t matter if it’s analog or digital, as long as you can create a sound that you want. It shouldn’t matter. That’s just how I see it. Back then I was like, ‘I want to get sick analog sounds and get really good warmth with synths and stuff,’” Maramag says.
Currently Blackbird Blackbird is touring as a solo act. At his shows, Maramag plays guitar and sings while the synths and beats play as backing tracks. But he’s considering ways to tweak his live performance, like adding other people.
“Depending on what I’m writing next, I could be needing some help from other musicians. Preferably a multi-instrumentalist like myself, someone that can play guitar, drums, bass, keyboards—do everything I do, like a clone of me,” Maramag says. “I might just clone myself.”