.The Benefits of Writing by Hand 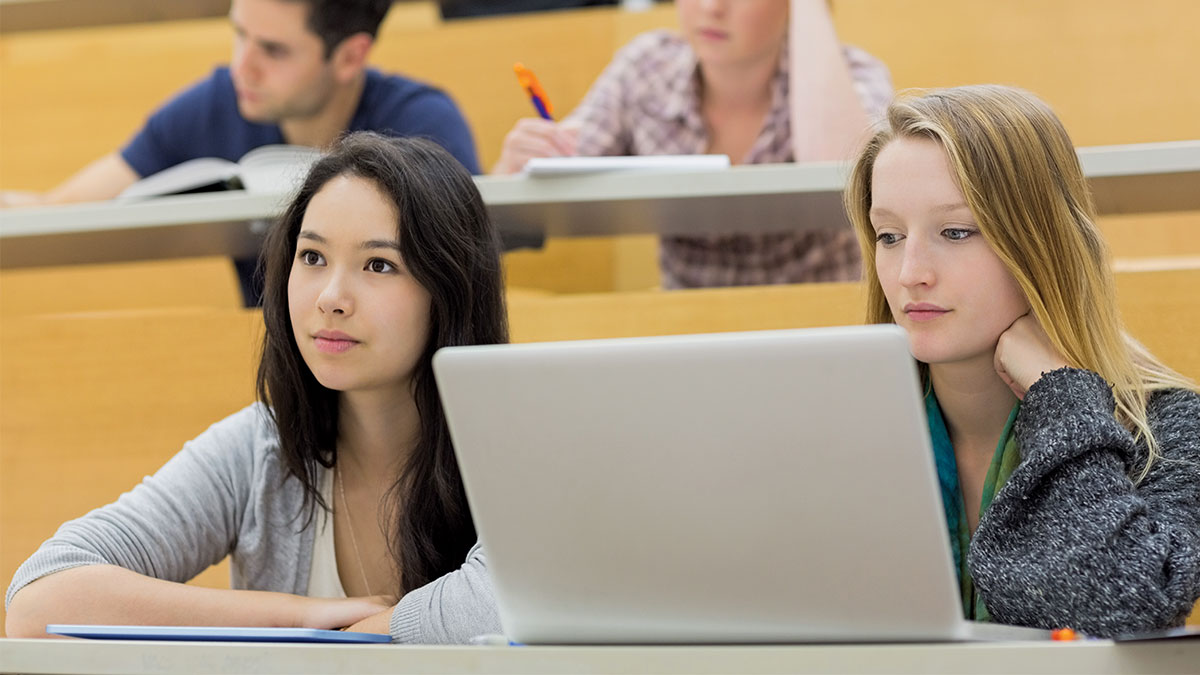 Don’t worry, you won’t be tested on any of this material. But if you were to be, the first thing most people would do is start taking notes. Today, that can mean a couple of things: Going the tech route and using a state-of-the-art laptop or tablet, or keeping it classic and busting out an old-school notebook and pen. So which way is more effective?—an especially relevant question given the recent dawning of another school year, and scientific research may help provide an answer.

A 2014 study published in Psychological Science produced results that strongly suggest handwritten notes are superior to typed digital ones. The study’s authors had university students watch TED talk videos and either take notes by typing on a laptop or writing by hand. About 30 minutes later, and without going back to review their notes, the two groups did equally well in their ability to remember factual information such as dates. But the handwritten note takers did significantly better when it came to conceptual-application questions like “How do Japan and Sweden differ in their approaches to equality within their societies?”

The authors, hailing from Princeton University and UCLA, attributed these results to the fact that we can’t write as fast as we can type. So in a “less is more” kind of way, the handwritten note takers were forced to process, internalize, and selectively write down only the information they felt most important—a method that leads to deeper understanding. The laptop group, on the other hand, simply typed every word they heard without giving the material as much conscious and critical thought. So, the researchers delved deeper and had a second study condition where they overtly and specifically told the laptop group not to write down information verbatim and instead type notes as they would if they were handwriting. But the instinct for exact transcription was still too strong in these participants, and the handwritten note takers performed better once again.

Next, the study’s authors wondered if the laptop group would benefit from being able to go back and review their more extensive and thorough notes after the lecture and before the test. So they ran a third study condition, but even in this scenario, the handwritten note-takers still outperformed their digital counterparts. The study’s findings seem to suggest that pen and paper notes are superior to typed digital ones not only in terms of encoding the information initially, but also when reviewed and studied after the fact.

Julie Salido, a history teacher at San Lorenzo Valley High, says that about two-thirds to three-quarters of her students take notes by hand, using pen and paper. She says that the process of writing information down helps in and of itself, but adds that technology devices do work better for some. “It’s so individual, we all process and retain information differently,” she says. One problem with digital note-taking, she says, is that she can’t see what’s on the student’s screen, making it hard to know if they are actually taking notes, and that for group-based activities technology can take kids out of that social setting. “It needs to be used thoughtfully,” she says.

Serena Palumbo, an English teacher at Santa Cruz High, says that in her class all of the notes are handwritten. “Taking handwritten notes helps the students stay engaged and forces them to decide what’s important in that information,” she says, adding that this style of notetaking reinforces and builds critical thinking skills that can come in handy in many areas of life. “And it’s not just writing things down,” she says, “It’s knowing how and when to go back and use the notes properly as an interactive study tool.”

Even younger children who have grown up right alongside laptops and tablets can appreciate the benefits of handwritten notes. “Many of my students are artistic and like to include hand drawings in written notes or alter their handwriting style to match the topic,” says Jessica Pitsch, a fifth grade teacher at Soquel Elementary. She says that her students are equally comfortable using handwritten notes and technology like Chromebook for writing assignments, having been exposed to and using a combination of them both from a young age. She asks her students to use handwritten notes for brainstorming and while reading books, especially on sticky notes that can be placed right in the book itself. “Writing is thinking,” says Pitsch. “It’s about the process over the product.”