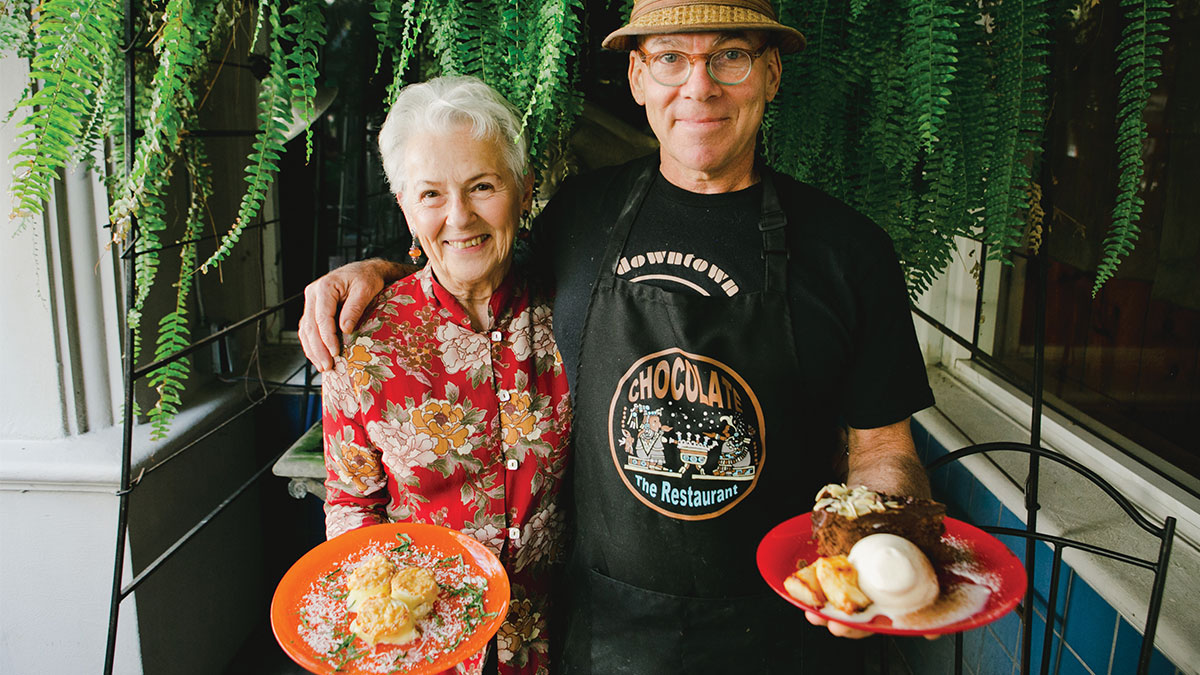 Vanilla expert Patricia Rain joins chef David Jackman at the Santa Cruz Food Lounge this Friday, Sept. 29 for the second annual Vanilla Festival. If there’s anything about vanilla that Rain doesn’t know, it probably isn’t worth knowing. The author of two books on the rare and popular spice, Rain will take diners on a visual tour of six unique vanilla farms around the world, as they enjoy Jackman’s four-course meal featuring vanilla in every dish. Rain gave us some details about her lifelong passion, and it sounds like it will be fascinating as well as delicious.

Do you think that people are becoming more sophisticated in their spice sensibility?

PATRICIA RAIN: A lot has changed since my first vanilla recipe book came out in 1986. The biggest shift I’ve noticed in vanilla (as well as chocolate and coffee) in the past decade is the interest in purchasing pure vanilla extract that is also fairly traded and/or certified organic.

While it’s exciting that more people are conscious about the foods, flavors and spices they use, and that many more people use pure vanilla in beverages, baking and savory cuisine, vanilla remains one of the most under-utilized flavors/spices available followed by allspice, which is also an amazing and very versatile spice.

What gives you the most pleasure in educating people about the intricacies of vanilla?

I care deeply about the people who work so hard and take so many risks to grow the foods we eat every day. We are so spoiled nationally, but especially locally, in that so many different foods are available to us, and the majority of these foods are of very good quality and also affordable.

That said, we often take for granted our morning cup of coffee, the chocolate bar we enjoy in the afternoon and the scoop of vanilla ice cream in our coffee or on our pie. These three luxury crops are primarily grown by smallholder farmers on one or two acres of land. Early on I realized that the smallholder growers needed a voice in the industrialized world. While cacao and coffee are traded on the international commodities market, vanilla isn’t, and because it isn’t, there aren’t international associations representing the growers or helping them. Then, in the 1990s the Mexican growers asked me to help them try to save their local industry. It was at that point that I began to focus not only on helping them by promoting vanilla but also to educate the world about the growers.

Why is pure vanilla in danger of going extinct?

There has been a crisis in the vanilla industry, largely man made, for the last three-plus years. Vanilla is now $600 a kilo at the source. This means that a gallon of pure, high-quality vanilla extract made in the U.S. would cost $600–or more. (For more about the crisis, go to vanillaqueen.com/learn.)

Corruption is a big issue as is political instability. And given that coffee, chocolate and vanilla are all grown in the developing world, and because they are so labor-intensive, corruption, political instability and a weak governmental infrastructure play a big role in endangering vanilla.

Another game changer is the changing climate and how it is impacting these three luxury crops. This is why I committed to speak in Ecuador at the World Orchid Conference. My scientist friends will also be there, and we need to talk.

Coffee and cacao have big associations invested in keeping those crops alive and thriving. None exist for vanilla. This is why I’m hoping to get a conversation going between scientists and growers, and the scientists working with cacao and coffee, to share information and possibly even resources to keep these crops thriving as long as possible.

Info: Vanilla Festival is from 6-9 p.m. on Friday, Sept. 29. Tickets are $55 and don’t include beverages, tax or gratuity. For tickets and more info, including menu details, visit eventbrite.com.

Next ArticleThe Benefits of Writing by Hand