.Capitola Closes in on First Affordable Housing Project in Nearly a Decade 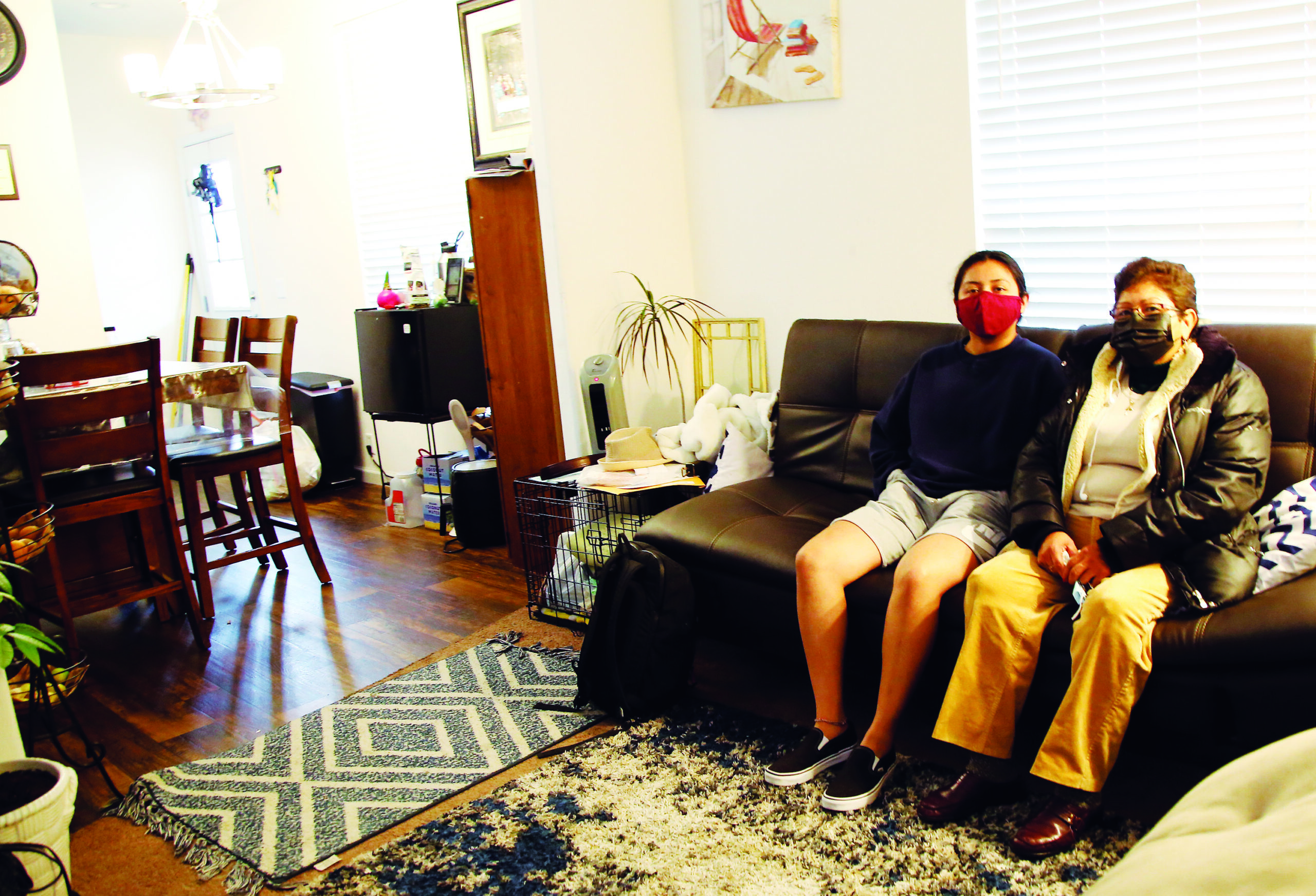 The last time the city of Capitola funded an affordable housing project was in 2011.

There are multiple reasons why it’s been a decade since the city has produced an affordable housing project—but funding is at the root of the problem, according to City Manager Jamie Goldstein.

Goldstein hopes the new housing requirements, which raised fees for developers, will help the city’s housing trust fund. Money from the trust fund can, hypothetically, be used to build an affordable development project.

But housing advocates say the new requirements alone are not a sufficient solution to the affordable housing issue. The city needs to be more proactive, they say, in addressing its worsening housing crisis, especially since Capitola has not reached any of its state-set affordable housing goals.

“Ten years is a long time to have between affordable housing projects, even for a smaller city, ” says Mark Linder, a leader at Communities Organized for relational Power in Action (COPA), a faith-based nonprofit addressing issues like affordable housing.

These housing projects are critical not just for residents at lower income levels, but also for the health of the community at large, Linder says. Affordable housing options keep residents in the towns they work in, which helps local businesses and the environment, and allows for people to be more active citizens in their communities, he says.

And as Capitola faces diminishing land for new developments, the city might end up with a pocket of money and nowhere to spend it, says Jane Barr, director of real estate development at affordable housing nonprofit Eden Housing.

“What happens if you allow for the fees, and there is no land to build in your city? What do you do with those funds then?” says Barr.

In early September, Capitola adjusted its current affordable housing policy to allow developers to opt out of building affordable units by paying a fee of $25 per square foot (increased from $10) for new for-sale developments.

In the past few years, the city’s fund has only collected around $55,000 per year from these fees. That won’t come close to covering the cost of prospective development, when the average construction cost per square foot for single home families is around $1,000, says Linder.

The fees are controversial—on the one hand, the money collected from developers who opt out of building affordable units could provide the city with the funds to do a large-scale project that offers multiple affordable units, says Goldstein.

But Linder stresses that it’s not enough for a city to just collect money. The city needs to have a long-term strategy for how money will fund projects.

“The real challenges are what the city does with the money, how would they transform that into an actual housing unit, and is there enough money to do anything. Or will the money just sit there?” says Linder.

The other challenge is Capitola’s high cost of land. Under Senate Bill 330, a city must make sure that if it is adopting a new housing requirement, it must be feasible (i.e., there needs to be a margin of profit for developers).

This narrows the options for raising the city’s mandate on affordable housing units. In fact, Capitola is the only city in the county that doesn’t require new rental developments to provide a percentage of units at income-based rates. Developers just have to pay a fee of $6 per square foot—a fee that means little to nothing in terms of making a dent in the housing trust funds, according to Linder.

Capitola is also the only local city that doesn’t require developers to include units at a low-income or very-low-income level—the affordable units that are required can be affordable for people at moderate-income levels.

When the moderate-income level in Capitola is $90,000, providing units at that income rate doesn’t mean much in the affordable-housing world, says Barr.

He’s talking about data from a report COPA did back in 2019 that looked at how many people commuted from out of town to get to Santa Cruz. The results of the study point to some of the tangible consequences produced by a lack of affordable housing, and a shortage of housing.

Even though the study looked at the city of Santa Cruz, the data is reflective of a problem for cities across the county, Linder says.

According to a Santa Cruz County Human Services report from 2018, hospitality employment in Santa Cruz County creates over 3,600 jobs, and two-thirds of employers stated they had difficulty hiring entry-level applicants.

These numbers have likely changed during the pandemic. But the problems the employers cited in the study that make it hard for retaining employees—things like high costs of living, subpar entry-level wages and traffic-filled commutes—have likely only been exacerbated by the pandemic.

“When a community doesn’t have homes, whether they be single-family homes or apartments, for those making, you know, less than the median income, people are forced to live elsewhere,” says Barr. “It doesn’t help the businesses when they’re trying to hire people, and people have to commute to work.”

It’s an issue Gloria Palermo de Rivera faces. Palermo de Rivera is 62, and works as a caretaker for seniors making minimum wage. She lives in a two-bedroom apartment in Capitola with four other people, including a roommate. Her son, his wife and their son share one room, the roommate occupies the other room and she sleeps on the couch in the living room.

“I’m tired of being in this situation,” she says, her voice cracking with emotion. “I am only getting older. I worry about having the money to pay rent or finding a place that is affordable.”

She has considered moving into a neighboring town that is cheaper, but she wants to stay in Capitola because it’s where her life is, she says.

“I have personally heard and been in conversations with so many others in Capitola who are in similar situations like [this], or worse,” she says. “We are established here. This is our home. This is our community, emotionally, physically. This is where we have our roots.”

Still, she dreams of living in her own place, where she can have her own things and space to herself. She’s not sure if she will ever have that in Capitola, but she’s hopeful.

“It would be so great … for the city or the officials to consider me, to consider people like me. And to be able to afford a place of my own, in my community,” she says.

The city doesn’t have the luxury to not consider people like Palmero de Rivera, Barr says. Cities are required to provide lower-income units to keep up with the Regional Housing Needs Allocation (RHNA) requirements.

The RHNA (pronounced “ree-na”) requirements are set by the state every eight years in an attempt to address housing shortages. The last cycle, which began in 2014 and will end in 2023, set an expectation for Monterey and Santa Cruz counties to build around 10,400 affordable units.

The new requirements nearly tripled that number, and will require the counties to build 33,274 by 2031, most of which will need to be affordable for people with low incomes.

It’s not yet determined how that number will be split between the different cities. But with Capitola’s development land dwindling, and none of its housing requirements fulfilled, the city will need a large-scale project to get back on track with meeting its RHNA requirements.

Owners of the Capitola Mall are in the process of renovating the space, and the city is hoping to use some of its money from its housing trust fund to buy units that could be provided at affordable rates.

The mall is planning on incorporating around 600 residential units into its new building, according to the most recent plans made available to the public. Capitola’s mayor Yvette Brooks and other stakeholders are discussing turning a portion of these units into workforce housing.

Linder is part of the discussions, advocating on behalf of COPA for affordable housing. He says he hopes the city will look at options for making some of the units affordable at low- and very-low-income levels, in addition to creating units for workforce housing. Nothing is final, but the potential is great, Linder says.

“The more people we can have working here and living here, the less traffic that’ll cause people having to drive over the hill for work,” says Linder. “It’s got potential to be a huge positive for not just Capitola, but the whole Santa Cruz region.”

But some council members and community members have voiced concerns over the redevelopment of the mall. At one community meeting in 2019, nearly 200 people from around the county showed up to share their input about the project, and some worried the high number of housing units will increase traffic. According to Capitola Mayor Yvette Brooks, based on the outreach by the city, top concerns were mainly around traffic increases, but overall the project was well received.

The project is still years from being completed, and the pandemic has only worked to slow its progress.

“At this point, it’s just a gleam in somebody’s eye,” says Goldstein, the city manager. “But I will tell you that the mall is obviously a real opportunity site. The mall project is a huge city priority.”