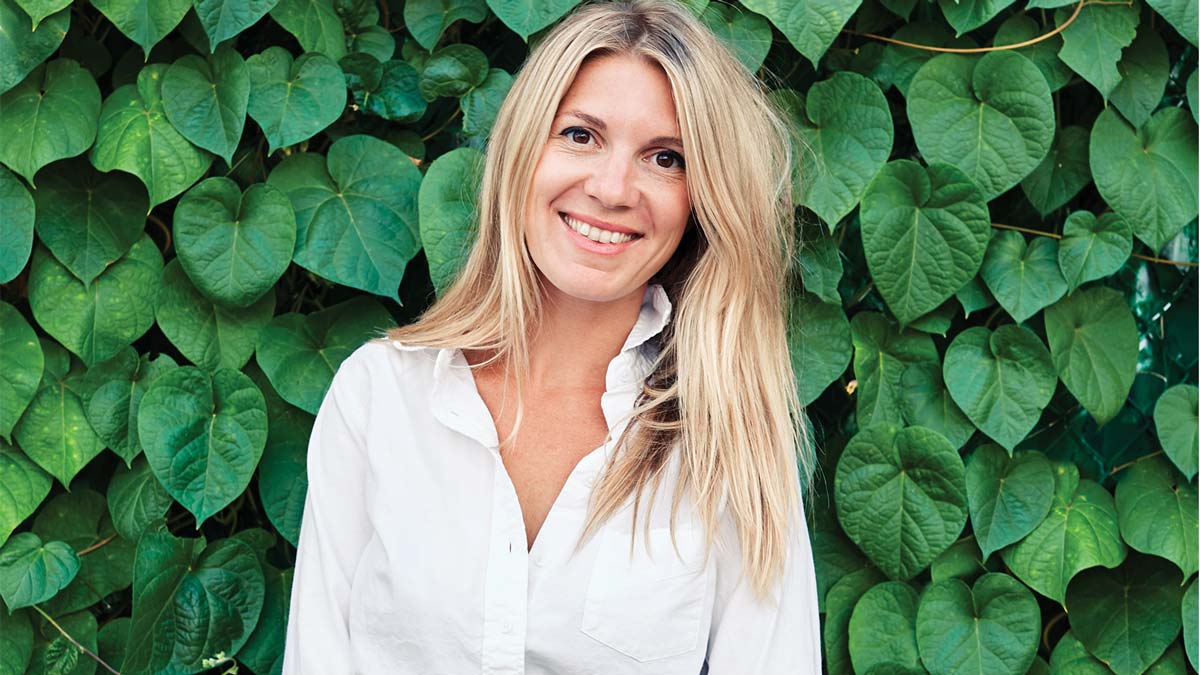 We can sense when change is in the air.  It makes us catch our breath and look around. Excitement blends with fear as we cross over into something new. Who will we be on the other side?
That was the mood in New York City in 1980, when artists and writers were squatting in seedy lofts and gentrification was only hinting at its ravenous appetite for real estate. Here you could bump into emerging artists like Keith Haring tagging a subway wall, or Jean-Michel Basquiat morphing from hip-hop and graffiti to shows at the Whitney Museum.
In Molly Prentiss’ debut novel, Tuesday Nights in 1980, New York City unfolds in all its gritty glory as we follow the pivotal moments that redefined art itself, along with three main characters: an art critic with synesthesia, an emerging painter escaped from Argentina’s dirty war, and their muse Lucy, a small-town beauty hungry for experience. As their lives connect and collide, we’re struck by the tangled ties between people and places, intellect and commerce, art and life.
“The central question in the book is: how do you go on after the thing that defines you has been taken away?” says Prentiss. “I was interested in following the trajectory of what happens when things you’ve learned to rely on to define you personally, artistically and culturally, change.”
When Prentiss comes to Bookshop Santa Cruz Thursday, it will be her dream come true—not just to have her debut novel published to glowing reviews or head out on a book tour, but to come to this bookstore, in this town.

In Molly Prentiss’ debut novel, Tuesday Nights in 1980, New York City unfolds in all its gritty glory as we follow the pivotal moments that redefined art itself, along with three main characters: an art critic with synesthesia, an emerging painter escaped from Argentina’s dirty war, and their muse Lucy, a small-town beauty hungry for experience.

That’s because Prentiss is from La Selva Beach, and though she now lives in Brooklyn, New York, she will always consider Santa Cruz her true home. She grew up in a communal living situation where six adults and six kids shared a plot of land. Each family had an individual home, but they shared meals. “It was a very arts-focused and creative environment,” she says.  “I think that that’s what made me interested in the lives of artists and the varied lifestyles that artists create. It influenced my book in that I think my book is about community. It’s about people finding new ways of living.”
She remembers first moving to New York in 2006 and living in a big artists’ loft that was cheap and funky. “It reminded me of the artists’ squats I talk about in the book,” she says. “It wasn’t as violent or intense a time as New York in the ’70s and ’80s, but there was that feeling of possibility and electricity. Artists were still able to live cheaply without working at day jobs the whole time. It’s changed since then.” She talks about the push and pull involved with trying to be an artist or creative type in the big city. “It’s hard, but also interesting. I think that was one of the reasons I was attracted to that moment when things were shifting.”
Shift inevitably involves loss, and her characters are forced to wrestle with who they are in the wake of it. “I think an essential part of making art is getting to some core you believe in, touching something inside yourself,” she says. “That varies for everyone, but it’s a driving force, and what makes art successful. If you want it to be that close to you, a part of you, there’s a risk. Where does this thing you made start and where do you begin? Can you find the same sense of yourself or the world without it? It can be tricky.”
When Prentiss leaves Santa Cruz, she’ll bring a plastic bag of succulents back to Brooklyn with her and plant them all over her apartment. She’ll have big group dinners with friends and commune around food, which reminds her of home. “I always thought I was growing up in an alternative kind of place where people were doing things differently, in cool and makeshift ways,” she says.
She knows her life will change as her book is launched into the world, but she’s game to recreate it, because that’s what artists do.