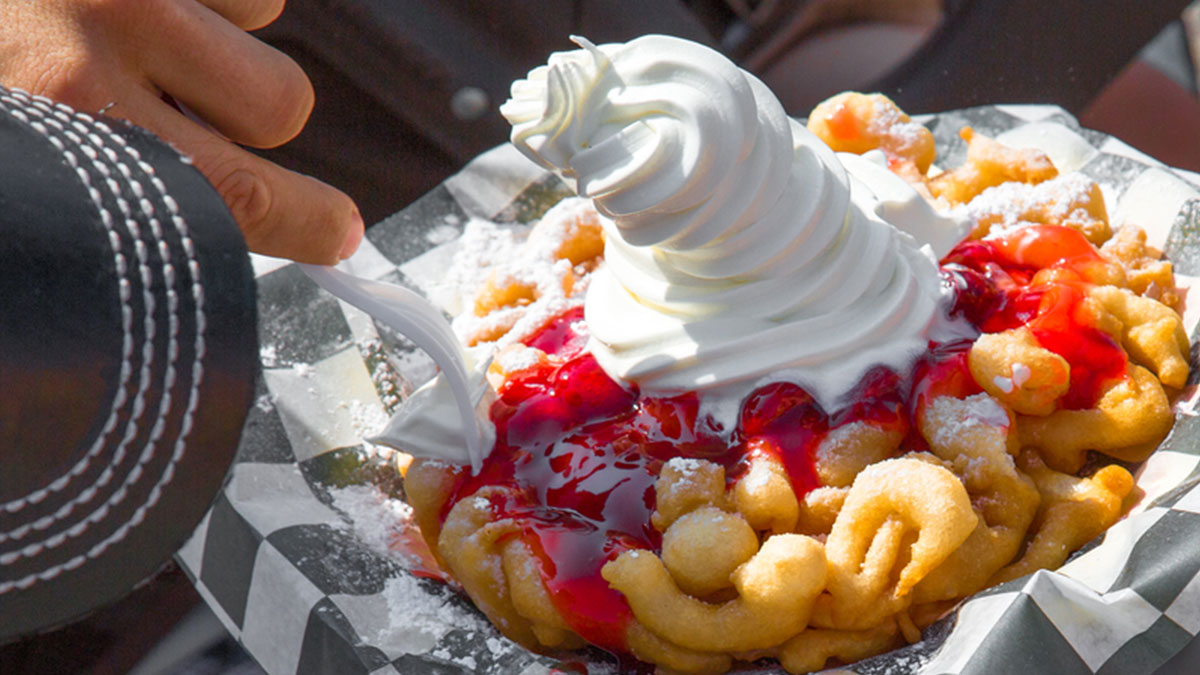 Those longing for the return of the Santa Cruz County Fair and the classic foods that the yearly event offers will soon be able to get a small taste of the annual bash and the delicacies that come with it.

The Santa Cruz County Fairgrounds over the next two weekends will host a drive-thru fair food sale. The drive-thru will be open Sept. 11-13 and again Sept. 18-20 from 11am to sundown.

“I’d say [until] about 8pm, but we’re not going to turn people away,” said County Fairgrounds CEO and Fair Manager Dave Kegebein. “We’ll keep going until the line goes away.”

The yearly celebration was canceled in June because of the Covid-19 pandemic. Kegebein said the event’s cancellation has been “brutal” on the fairgrounds, which has also had to nix several other gatherings set for this year.

The fairgrounds over the last two weeks has switched gears to accommodate evacuees fleeing the CZU August Lightning Complex fire. At its peak, the fairgrounds housed 840 people and roughly 1,200 animals, Kegebein said.

There are still about 75 people living at the fairgrounds and a few hundred animals.

Drive-thru events have been one of the few opportunities that fairgrounds across the state have had to recover lost revenue. Still, Kegebein said the fairgrounds will need more financial support in the near future.

Next ArticleFormer Inmate Helped Bonny Doon Residents Save Their Homes