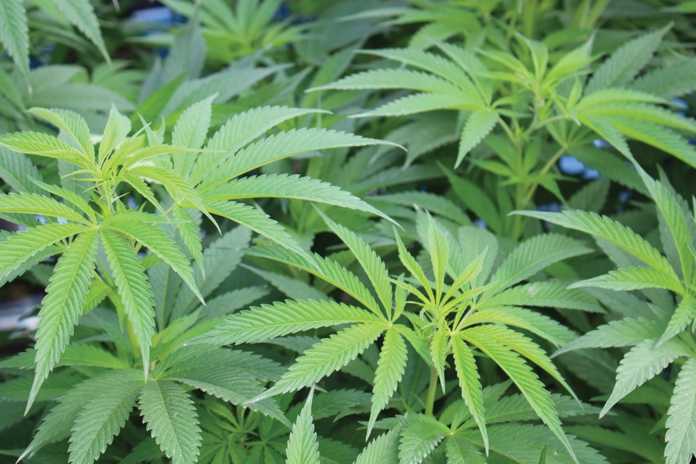 The moratorium stemmed from the supervisor’s Aug. 24 meeting, during which they discussed potential conflicts between residential parcels and commercial cannabis crops such as odor, noise and security.

The issue will return on Nov. 9, when the supervisors will discuss a set of permanent rules.

Assistant County Administrative Officer Melodye Serino said that the moratorium as originally written would prohibit cannabis cultivation on more than half of the 1,462 possible cultivation sites countywide, leaving 689.

This, Serino said, would mean a revenue loss for the county of roughly $2.5 million.

Supervisor Zach Friend, who proposed the ordinance, said the county has always carefully scrutinized the county’s growing cannabis industry since recreational marijuana was legalized in 2016. This includes an environmental impact report that showed the industry poses several significant impacts.

“Given the fact that this would still maintain nearly all the activity within the second district, given the fact that there is still over tenfold growth in potential licenses even with what’s being proposed, I consider this still to be a very reasonable approach moving forward,” Friend said.

Numerous people addressed the board, most of them in the local cannabis industry who said the moratorium would scuttle their investments and halt their plans to expand or begin their businesses.

Trent McNair, a property owner, said he has over the past decade rented his land to tenants in the cannabis industry without a single complaint. He said the moratorium is unwarranted since licensees must follow strict restrictions and regulations.

“Do this and you break the back of the industry in Santa Cruz County,” he said.

Michael Balch, a resident of Crest Road, said that the cannabis industry is different from other areas of agriculture, in that it doesn’t have odor mitigation and security concerns.

“No other legal farming crop on the Central Coast has to conform with ordinance restrictions on odor control, lighting and rigid security,” he said. “There are no 8-foot barrier fences and security around strawberry fields here. There is not the 24-hour hum of odor mitigation systems in other fields.”

Robert Kitayama, who owns KB Farms, said the ordinance would jeopardize his company’s plans to sell a 30-acre parcel containing greenhouses to be used for cannabis cultivation and erode the property value by 25-50%.

That, he said, will hurt plans to upgrade his own business.

“We need this investment,” he said. “As farmers, we want to support other farming, and we believe that legal cannabis can be done correctly.”

Coonerty said he would have supported a more narrow ordinance.

“This change is too big a leap when we are trying to bring continuity and security to this industry,” he said. “This seems like an over-correction.”