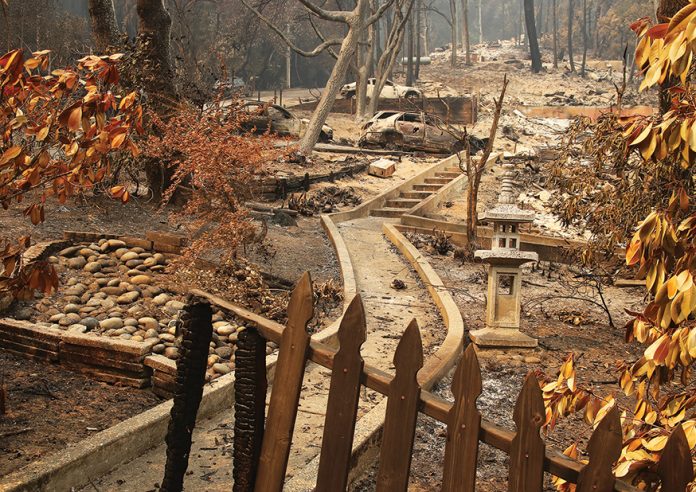 The Santa Cruz County Board of Supervisors took the first step in updating the county’s climate action strategy, a response to global warming and its effects on infrastructure and the people who live here.

Updating the County’s Climate Action Plan—first adopted in 2013—is expected to last through 2022, said David Reed, director of the Office of Response, Recovery & Resilience, the agency that will oversee the implementation of the plan.

This year’s update—titled the Climate Action and Adaptation Plan—includes ways in which the county can deal with the ongoing effects of climate change, including changing precipitation patterns, wildfires, increasing temperatures and sea-level rise.

Storms in 2017, for example, damaged 200 sites and wrought $150 million in damages, causing the county to use $7 million in already limited SB1 funds. The CZU fires scorched 86,509 acres and destroyed 911 homes.

“We recognize that climate change is here, and that our community is feeling the impacts of it, and our infrastructure is feeling the effects of it,” Reed said. “So we need to look at adaptation as a big piece of it.”

Reed says the plan will also include an equity component, which he says is an acknowledgment that the environmental effects of global warming disproportionately affect vulnerable populations.

This includes people living in the rural, fire-stricken regions and agricultural workers in addition to low-income families and homeless people.

“What we know is that those that are on the margins have the least adaptive capacity and are the least resilient,” he said.

County Administrative Officer Carlos Palacios said that the county has for the past decade taken steps to adapt to global warming by founding Central Coast Community Energy (CCCE), a locally-run energy provider that focuses on sustainable energy sources.

CCCE is the largest geographic Community Choice Energy provider in the state. It has more than 23 jurisdictions over five counties, Palacios said, and is helping the Central Coast reach its goal of using 65% renewable energy by 2025.

“By starting this organization, this county has made a huge difference in reaching our goals in reducing greenhouse gasses,” he said.

The comprehensive, four-phase plan plan is expected to go for final approval in December.