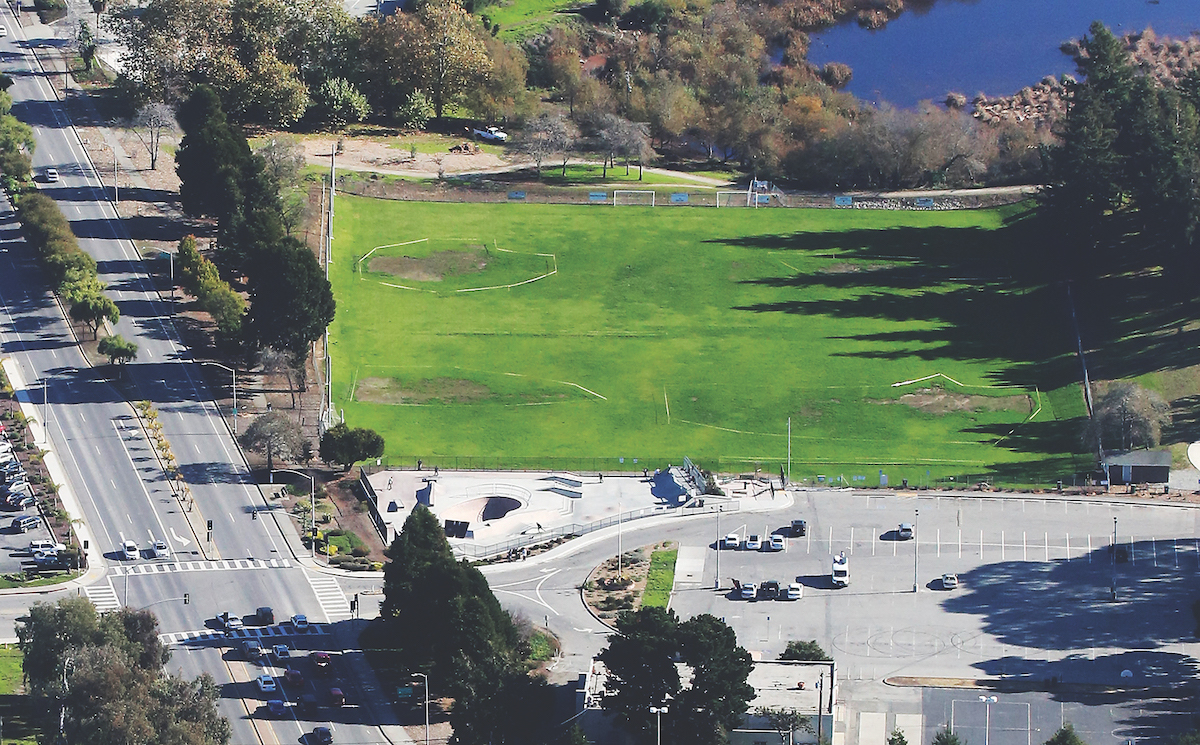 WATSONVILLE—If all goes according to plan, Watsonville’s Ramsay Park over the next five years will become the “community space that it really needs to be,” says city of Watsonville Administrative Services Director Cindy Czerwin.

The City plans to pump roughly $22 million in local, state and federal funding into its largest park. That includes an estimated $7.4 million of Covid-19 relief funding given to the City by Joe Biden’s American Rescue Plan Act. That cash will fund the construction of an inclusive park, and an expansive rebuild of the Watsonville Nature Center.

The allocation, included in a four-year outline of how to spend the $18.2 million in federal funding, was approved 6-0 by the Watsonville City Council at Tuesday’s meeting.

The cash was distributed to local governments around the nation to help them recover from the economic downturn and social issues induced by the pandemic. There were restrictions on how and what the money could be used on. Specifically, the expenditures needed to be related to Covid-19 recovery, pay employees for continuing to work while the virus spread, repair aging sewer, water or broadband infrastructure and make up for lost revenue from the last 18 months.

The City’s four-year plan presented to the council Tuesday directed $1.48 million to support and create programs and activities that address the community’s mental health. It will also use $150,000 to support local businesses by providing, among other things, child care services, and spend $1.35 million to create a youth job training and mentoring program.

In addition, the City also set aside $1.1 million to update planning documents that have long been a point of contention for City and elected officials. That includes the City’s current general plan, which was devised in the 1990s and envisioned what Watsonville would look like—and the rules developers should follow—through 2005.

“The general plan is something that I think is important just because I’m tired of getting sued,” Mayor Jimmy Dutra said, referring to a court decision that halted the city’s previous general plan efforts last decade. “It’s important to be putting these safety measures in place so that we can not be facing that all the time.”

The City Council only approved the first year of the spending plan. That $4.82 million allocation includes $50,000 for a Covid-19 memorial, $400,000 in hazard pay for City employees, $350,000 in tech upgrades for the city council chambers and community rooms at the Civic Plaza and more than $2 million in neighborhood streets and traffic safety improvements, as well as updated signage and median beautification on the city’s main roads.

The proposed spending plan will return to the City Council at least twice a year over the next four years, Czerwin said. The elected leaders could make adjustments to the plan during those bi-yearly updates.

The construction of the inclusive park at Ramsay, according to the current plan, won’t happen until the 2023-24 fiscal year, and the nature center facelift is expected to happen the following fiscal year.

But the park will see major upgrades leading up to those renovations, as the City Council during its biennial budget hearings earlier this year approved a $7.5 million investment to fund the rebuild of Sotomayor Soccer Field and the preparation of other projects at the park. And just last week, State Assemblymember Robert Rivas, the representative for California’s 30th District, announced he had secured another $7 million in state funding for the construction of a multipurpose softball field, among other things. The City has also allocated cash to build a dog park at Ramsay, and recently celebrated the construction of a bicycle pump track.

“We’re proud to say that through significant partnership with our community partners and county health that Watsonville now has the highest adoption rate and we hope to keep it that way,” Huffaker said.

Rules of the Road

The contract is part of an $11.7 million grant from the California Transportation Commission that will also help fund the creation of the Highway 1 pedestrian and bicycle overpass connecting PV High to Harkins Slough Road, a long-awaited project that seeks to alleviate the traffic jam produced by motorists and students before and after school hours.

“This is not going to solve all our problems, by any means, but it is going to help educate children as well as adults,” Councilman Lowell Hurst said.