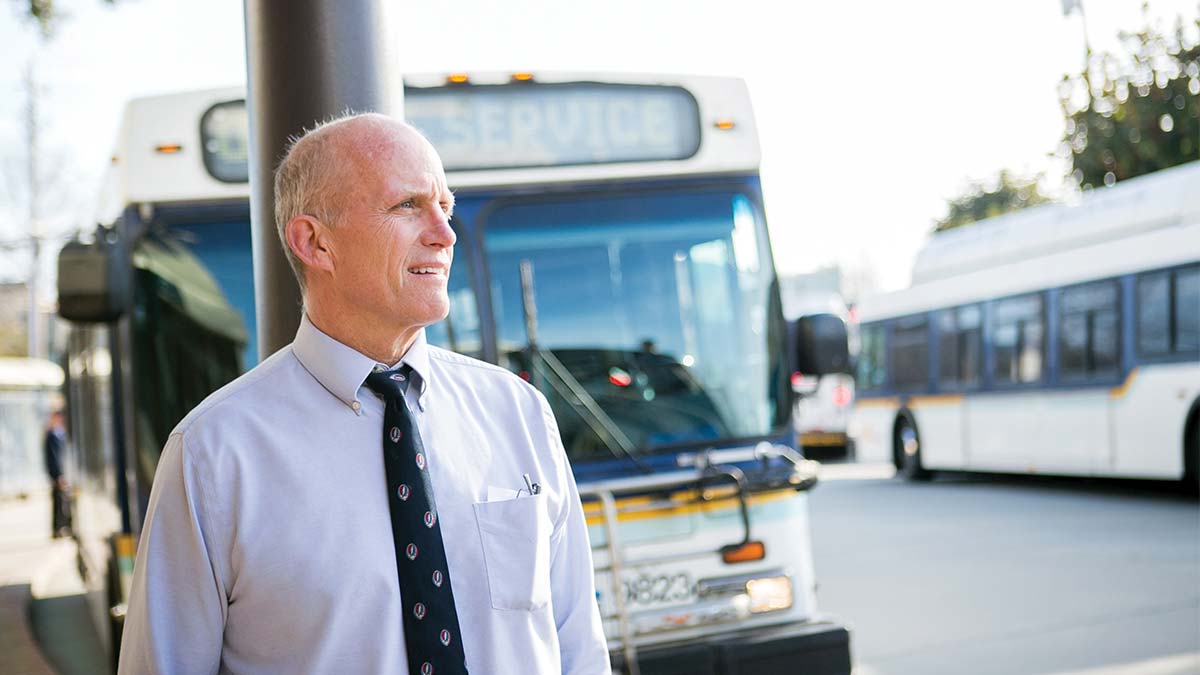 Drastic reductions are coming to Santa Cruz County’s public bus system this fall, and transit authorities are seeking public input on which routes should be spared.
Since the 2008 recession, Santa Cruz METRO’s expenses have exceeded revenues, forcing the bus system to dip into its reserves. Rising operating costs, stagnant funding, flat ticket sales, and a growing backlog of repairs and capital needs have pushed the transit system against the wall.
In March, METRO officials will present an initial plan to cut its bus system costs by $6.5 million—the system’s largest cutback to date, says Barrow Emerson, the transit system’s new planning and development manager.
The way he explains it, METRO has three choices, in order of least to most painful: cut the bus routes’ frequency, cut the hours and days that buses operate, or cut routes entirely.
“In the third and most painful tier, the route is completely eliminated and someone in that vicinity can no longer walk to a bus,” Emerson says. “We are trying to accomplish the impact in the first two (tiers), but the scale of our problem will include the elimination of routes.”

Which Routes Will Go?

After the initial plan of cuts is presented to the METRO board in March, a 30-day public comment period follows in April and May. The board votes on the amended plan in June and cuts take effect in September.
Emerson said his team has not yet decided which routes will be targeted. Some routes draw more income, such as the Highway 17 Express, which shuttles riders to San Jose. But that’s not the only factor—planners must take the entire system into account, he says.
“In a bus network of 35 routes, if we just cut X number of the poor-performing routes, we would no longer have a network where people could get from point A to point B,” he says.
Plus, federal regulations require that low-income and minority neighborhoods are not disproportionately affected by cuts, Emerson says.
“We can’t cut Watsonville 50 percent and cut Santa Cruz 10 percent. The law doesn’t let us do that,” Emerson says.
During the school year, around half of riders are UC Santa Cruz students, who pay for bus passes with their tuition and fees.
By far, the most popular bus routes (with the highest annual number of riders) are No. 16, UCSC via Laurel East, serving the campus and the Westside, and No. 71, serving Cabrillo College and Watsonville. Both routes serve around 900,000 riders each year.
By the same measure, the five least popular bus routes are: No. 34 (South Felton), No. 8 (Emeline in Santa Cruz), No. 33 (Lompico in Felton), No. 54 (Capitola, Aptos and La Selva) and No. 42 (Davenport and Bonny Doon), according to 2013 data.
But those least-popular routes are not necessarily at risk, since they only have a few trips each day compared to dozens each day for the popular routes, says Emerson.
“This is a very complicated, nuanced thing,” he says.
ParaCruz, METRO’s door-to-door service for people with disabilities, is not a direct target of cuts, but will likely see reductions. Federal regulations only obligate METRO to provide paratransit service within three-quarter miles of its system, and only during the system’s hours of operation. So if the bus system’s boundaries or hours shrink, then so will ParaCruz’s, says Emerson.

What Causes a Deficit?

Since the 2008 recession, METRO’s county sales tax income stopped growing like it had previously, resulting in $26 million less income than forecasted from 2008 to 2014. The sales tax is the system’s largest source of income, accounting for 39 percent.
Passenger fares account for 20 percent of income, and state and federal funding account for 22 percent. Those income sources have also stayed flat since 2008.
“No public bus company makes a profit,” says Emerson, who notes that even popular routes with full busloads still need a subsidy to operate.
Meanwhile, the operating budget has continued to grow, from $40 million in 2012 to $50.7 million in 2016. METRO has been able to balance its operating budget only by dipping into its reserves (taking around $22 million since 2008) and state and federal funds intended for capital improvements (around $14 million since 2011).
Around $200 million in capital needs are expected over the next 20 years, says Emerson. For example, METRO has delayed replacing its aging bus fleet, which is about 12 years old and at the end of its life span.
In September, METRO increased fares for the Highway 17 Express route and ParaCruz, but the effects of those rate increases remain to be seen, says Alex Clifford, METRO’s CEO. The Highway 17 route has since had a minor drop in the number of riders, but that may be due to low gas prices and increased traffic, he says.
Further rate increases are not part of the immediate plan, Clifford says.
“We really would like to have the public stay engaged and aware of this process that we’re going through,” says Clifford. “We would like for them to understand the challenge that we’re faced with, and that is [that] we’re delivering more service today than we can afford to pay for. We have to balance our budget.”
To provide input and get updates on the transit cuts, visit scmetroforward.com.