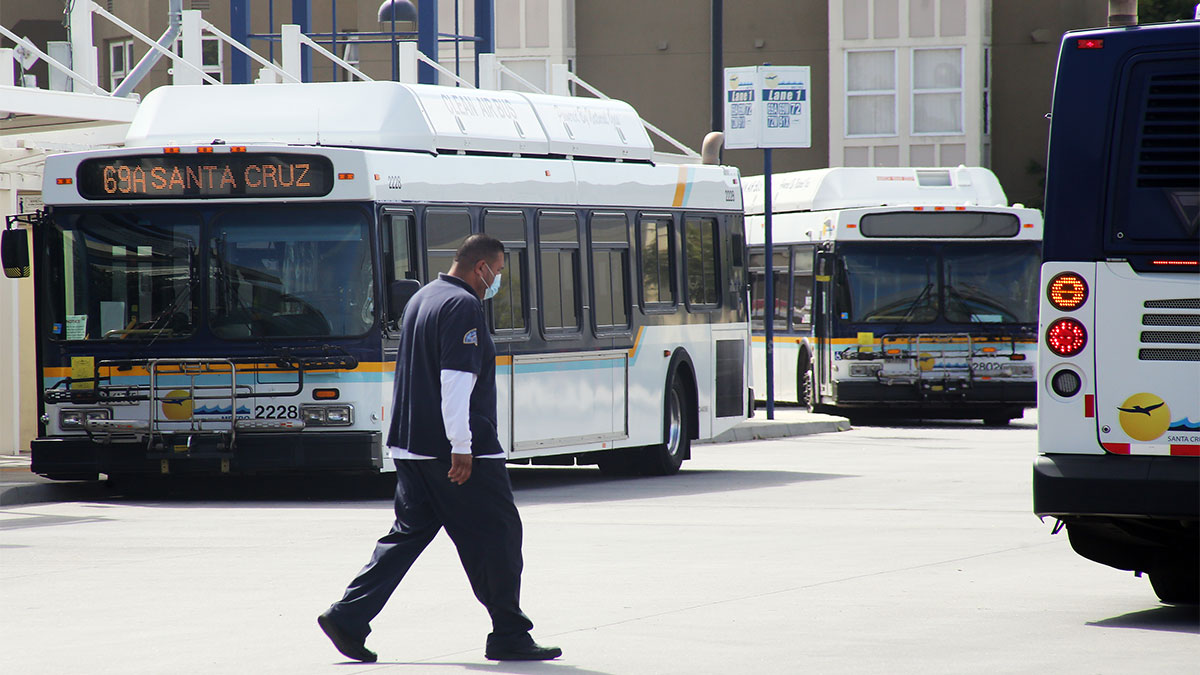 Santa Cruz METRO’s decision to increase its passenger capacity by 50% in an effort to accommodate more riders has raised concerns within the union representing the bus operators still working during the Covid-19 pandemic.

METRO CEO Alex Clifford announced on June 24 that buses would increase their capacity starting July 1, but Sheet Metal Air Rail Transportation (SMART) Local 23 countered by saying the decision was not safe for drivers and the public.

It filed a cease-and-desist order on June 29 that called for a temporary halt to the increase. But a judge on July 2 denied the union’s request for a temporary restraining order regarding increased rider capacity.

The union then requested to have a state mediator step in to resolve the issue but METRO refused, said SMART 23 General Chairperson James Sandoval.

“Our union is very concerned about the health and safety of our members who drive the buses, as well as the county residents who rely on the bus service,” Sandoval said. “Many members of the public who depend on the buses are at high risk for Covid-19 contraction and fatality because they are older and/or immunocompromised. They often have no choice but to ride the bus to get to a doctor’s appointment or other important destination. Our members are unequivocally committed to helping the residents of our county get where they need to go—safely.”

The union’s lawsuit is ongoing, and the next scheduled court date is in October, Sandoval said.

All bus drivers returned to full duty on June 25 and have continued to work, Sandoval said.

The decision comes amid policy changes during the ongoing coronavirus pandemic, which continues to force public transportation around the globe to reexamine its daily operations.

Buses are required to follow guidelines from the Centers for Disease Control and Prevention, as well as state and local health orders. That means buses need to be sanitized, riders and drivers must wear face masks, and physical distancing (in and around buses) must be followed.

Physical distancing, which is required under state public health orders, will not be possible under the agency’s new plan, Sandoval said.

METRO told the public on social media after the decision that passengers should “self-determine” physical distancing, and if they are uncomfortable with the number of people on the bus, they can wait for another one.

When novel coronavirus began to spread in Santa Cruz County in late March, METRO restricted the number of riders to single digits and installed “seat-blocking,” which prevents riders from sitting too close to one another or the driver. It also cut its services in half, suspended fares and put buses on weekend schedules. While some routes were cut altogether, most have now been restored, with the exception of reduced routes on the Highway 17 Express to San Jose.

“Management felt this was an important safety measure during the initial three months of [the Covid-19 pandemic], a period of uncertainty and a time in which we learned about the virus and the various CDC, state and local guidance and orders and while we put in place various safety measures for the protection of bus operators and our customers,” Clifford said.

The cutbacks produced more “pass-ups” of riders by buses already at capacity, METRO said, something the recent rider increase has helped reduce.

But Sandoval claims that is not true, saying that operators worked quickly to dispatch another bus if a rider was left behind. He also said METRO’s plan is based on old information, and that SMART 23 has instead asked the agency to restore weekday-level service and begin running more buses.