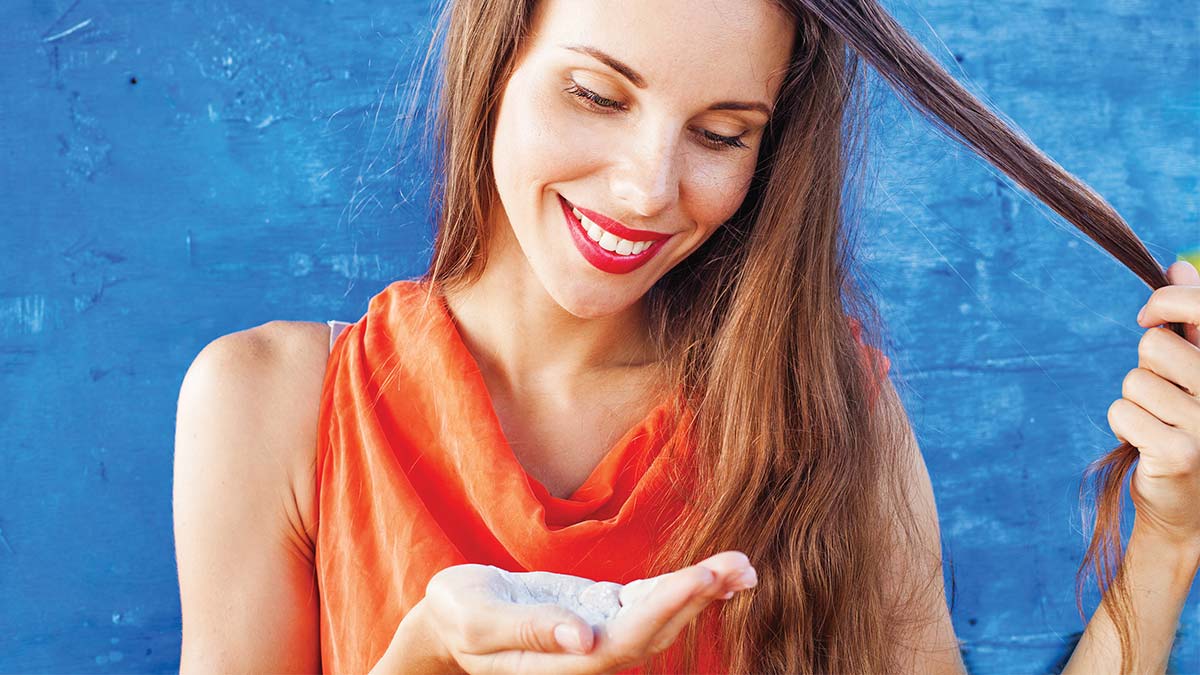 “Why? Because it’s right there in the first part of the word, it’s a sham.” At least that’s what followers of the “No Poo” movement say as to why they choose to eschew shampoo. The No Poo movement is a green trend that’s recently gained popularity and one that may benefit not only the look and health of our hair, but also the environment and our pocketbooks.
The practice of shampooing is thought to have been invented by the Chinese, but the word itself owes its roots to the Hindi language. Early forms of shampoo were first introduced to Europe from India in the mid-1800s, and the practice of using it began to spread. It was at first thought of as a “treat yourself” kind of pampered experience that one might do a couple of times a month, at most, somewhat like a modern-day trip to the salon. But a major tipping point moment came in 1927 with the invention of commercially available liquid shampoo, and by the 1970s it had become a ubiquitous daily-use household item in America.
But according to No Pooers, whose presence has become known through blogs and active online forums like nopoomethod.com, we’ve taken the practice too far, and it’s time to get back to our roots. Shampoo may not only be unnecessary, they say, it might also be harmful to the environment and to our bodies. Not only are the bottles made of plastic which contribute to plastic pollution, many of the chemicals in shampoo, like sodium lauryl and laureth sulfate and chemical preservatives like parabens, may not be effectively treated by waste management technology and could make it into our groundwater, rivers, lakes, and oceans. Some also believe these same chemicals can lead to skin problems, organ damage, and perhaps even cancer.
Many dermatologists and hair-care professionals have been lathered up for years about our overuse of shampoo and have advocated for less frequency. Their claims are centered on the fact that hair follicles produce an oily, waxy substance called sebum that keeps the strands naturally healthy and conditioned. No Poo believers claim that the harsh soaps and chemicals in shampoo strip away natural sebum, leaving the hair dry and damaged. The body’s response to this is to then overproduce more sebum, resulting in greasy and unmanageable hair. The brain’s response to this is to use more shampoo, fueling the vicious cycle.
So then, if No Pooers don’t want to live with dreadlocks for the rest of their lives, how do they wash and manage their hair in an earth- and body-friendly way? The most commonly used non-shampoo alternative is the combination of baking soda and apple cider vinegar. The baking soda, which should be diluted with water, serves as the cleaning agent, and should be rubbed into the scalp and then rinsed out. The apple cider vinegar should also be diluted with water, and can be thought of as the conditioner. Other alternatives include certain types of flour and clay, essential oils, egg, honey, beer, and some even find hair-care success using water only.
The hard part when it comes to hair though, is that everyone’s is different. Types and qualities of hair varies widely from person to person, depending on many factors, including hair length, age, gender, ethnicity, and diet. What works for one person might not work for another, and individual trial and error is the best way to figure out which shampoo alternative is most effective.
One thing is for sure though: quitting shampoo can be challenging. Doing so often results in very greasy hair for at least a couple of weeks while the body adjusts and slowly produces less sebum. This is why most No Pooers wean off of shampoo slowly, and many will tell you that if you can stay sober from shampoo during this difficult initial phase, your hair will indeed adjust and start to regain a naturally clean and voluminous look. For some, though, the No Poo method will not prove effective, and the alkaline baking soda and acidic vinegar may cause significant damage to the hair and scalp, especially if not diluted to safe concentrations.
But while a No Poo lifestyle may not work for everyone, in addition to potentially healthier hair, adopting the green habit can bring other benefits too. For one, baking soda and apple cider vinegar are much cheaper than normal shampoos, which can easily cost upward of $10-$15 per bottle. In addition to helping your wallet, a No Poo lifestyle may also benefit the environment.