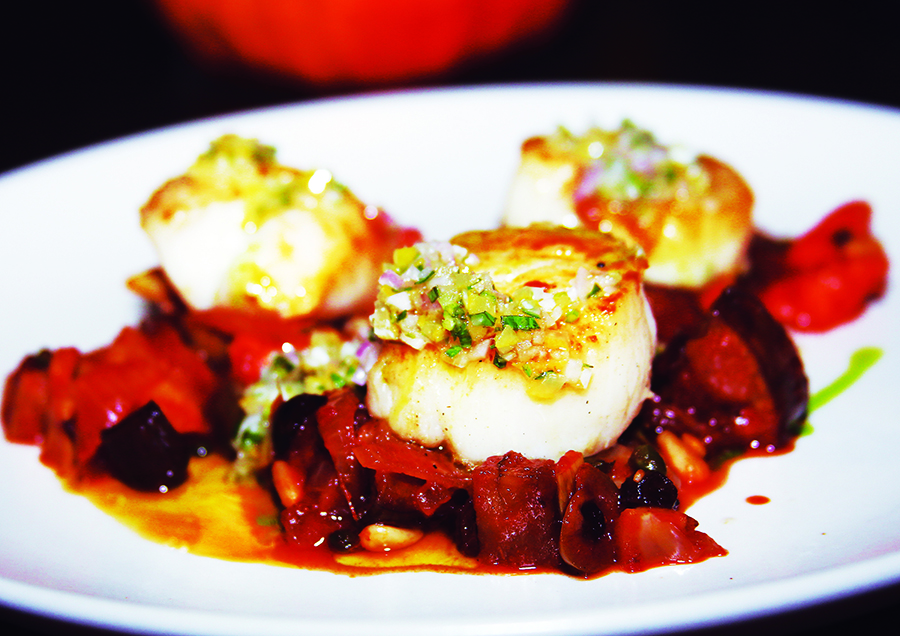 From the minute it opened 20 years ago, Soif Wine Bar and Merchants attracted oenophiles and foodies all over the region, ready to be impressed with a sophisticated interior, an eclectic wine list and innovative food. And impressed they were, so much so that the wine bar and restaurant—then retail shop, then full bar—became the go-to watering hole and meeting spot for everyone you knew. So many rendezvous, wine dates, serious dinners, winemaker classes and romances took place in this place with the tall ceilings and ochre walls. Then the expansions from wine and beer to liquor license, and the reinvented bar and wine shop in summer 2016. Ah the chefs—opening chef Michael Knowles, then Chris Avila, Santos Majano, Mark Denham, and Tom McNary. The countless winemaker dinners and the upper room wine classes taught with wit and granular detail by wine whisperer John Locke.

But as proprietor Patrice Boyle admitted last week, “Change is good, also inevitable.” Yes the doors are closing on the site of countless New Years celebrations, but another door will soon open at the Walnut Avenue location.

Committed to now putting her energy into La Posta, the Seabright Italian dining room she opened a few years after Soif, Boyle will be stepping away from the astronomical task of running two full-service restaurants. She tells me she looks forward to spending more time with her husband and doing some traveling.

“La Posta will continue in its current form,” she assures me, “hopefully only better and better. And yes I will be in the mix there. In many ways it will be a return to my initial concept for Soif, which was an in-depth exploration of and celebration of wine.”

We can look forward to a new restaurant bringing exciting dining to Walnut Avenue. Meanwhile the Soif Wine Bar and Merchants retail shop will remain open. “That includes the Terroiriste Wine Club, tastings and winemaker takeovers,” Boyle explains. “Alexis Carr and Dede Eckhardt will continue to greet, educate and provision those who are thirsty.”

Soif’s wine director from 2007 to 2017, Birichino winery co-founder John Locke is also optimistic about the future of the Walnut Avenue site. Tapped to headline and develop Soif’s wine program after his stint with Bonny Doon Vineyard, Locke looks back on the accomplishments at Soif as “a great 20 years.” He has praise for Boyle’s ability to attract accomplished people who helped to fulfil her vision for the wine bar and restaurant. In addition to Boyle’s passion and stamina, the popular downtown spot was gifted with a great executive chef, Santos Moreno, in its golden era, as well as “a strong staff, a fantastic crew,” Locke recalls.

People flocked to Soif in large part because of the diverse wine list, which changed nightly. “We favored lighter-bodied, eclectic wines,” rather than a long list of Chardonnays, which tended to show up everywhere else. “People came to us because they were able to try lots of different wines,” he notes. Every Soif regular can recall savoring the nightly by-the-glass listing from every corner of winemaking—the Golan Heights, unpronounceable Hungarian estates, tiny corners of the Piedmont, Catalonia and New Zealand. When the liquor bar came in, it was exciting to see what exotic bit of mixology we could sample. But I still carry a torch for the sense of discovery that incomparable wine list offered.

Salut to those two delicious decades! Who knows? Perhaps the Soif space will go on to fulfil everybody’s dream of a great seafood restaurant.

Next ArticleElla’s At The Airport Flies High With Homemade Cooking