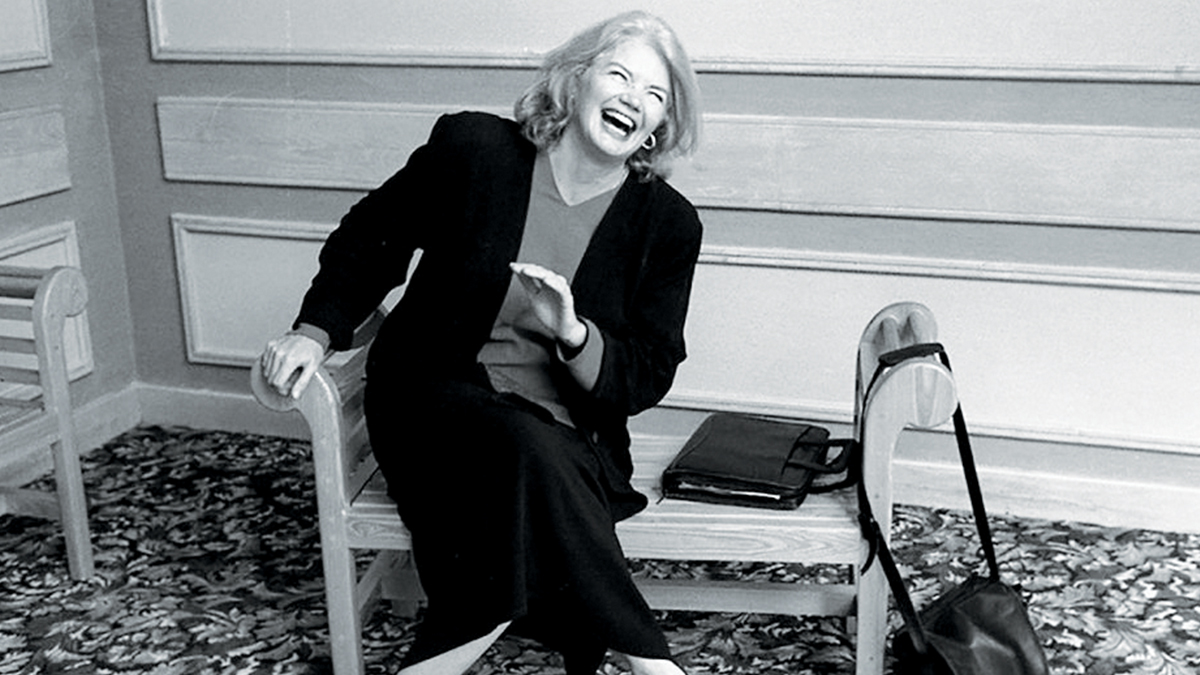 She was an Amazon among puny mortals. As if she wasn’t already unusual enough as a progressive in Texas, the smart, savagely funny political journalist Molly Ivins also stood 6-feet tall.

Not gifted with conventional proportions, she felt entitled to hold outsized opinions expressed with outsized gusto. The zenith of her popularity came as a syndicated columnist in some 400 U.S. newspapers during the George W. Bush era (she called him “Shrub”), giving her plenty of fodder for her trademark blend of savvy political insight and stinging humor.

As Ivins herself once said about American politics, “You can laugh, you can cry, or you can throw up. Crying and throwing up’s bad for you, so you might as well laugh.” There’s plenty to laugh at—and get riled up over—in Janice Engel’s documentary Raise Hell: The Life and Times of Molly Ivins. Ivins succumbed to breast cancer in 2007 at age 62, but Engel’s film celebrates all the ways the outspoken writer raised hell in her own life as a pioneering woman in a world and profession run by good ol’ boys.

Through documentary footage and interviews, Engel allows Ivins to tell much of her own story in her own words. When back-up is called for, Engels solicits commentary from folks like Rachel Maddow and political columnist Jim Hightower, but it’s the particular zing of Ivins’ own voice that makes this movie so irresistible.

Raised in Texas by an authoritarian, staunchly Republican father and a college-educated, homemaker mother, Ivins found her given name Mary too ordinary, so switched to Molly. Ordinary, she never was. She went to Smith College, studied political science in Paris and earned a Masters degree in journalism from Columbia.

Her checkered career in her chosen profession stretched from intern at the Houston Chronicle and cub reporter at the Minneapolis Tribune to co-editor and political reporter at the alternative paper The Texas Observer. Ever determined to avoid “the snake pit” — to which female reporters were traditionally exiled to write about food and fashion, ca. 1970—Ivins instead cracked the boys’ club of male reporters covering the Texas legislature. She saw it a riotous example of cronyism, corruption and sexism (“How could you not find it funny?”), inspiring her to perfect her talent for savage satirical barbs.

Having freelanced some pieces to The New York Times, she accepted a job at that august paper, but disliked the way her down-home exuberance was routinely edited out of her columns to fit the more staid NYT style. She was sent west to become the paper’s Rocky Mountain bureau chief (“I was the chief,” she recalls, “and I was the bureau”), but ran into more trouble with editor Abe Rosenthal over using the expression “gang-pluck” to describe a Denver chicken-killing festival. Accused of trying to insert vulgar language into the minds of their readership, Ivins deadpanned, “Damn if I could fool you, Mr. Rosenthal.”

She was soon seduced back to Texas by the Dallas Times Herald, where she was given free rein to write about anything (and in any way) that she pleased. From this platform, she was twice nominated for a Pulitzer Prize, published popular books of her collected essays and vastly increased her fan base by going into syndication.

Through it all, Ivins retained her razor-sharp wit, her sense of fun and her finely-honed moral outrage at the utter disregard of those in power for everybody else. Along with the pleasures of watching Ivins in action, answering fans and critics alike with irreverent aplomb, Engel’s movie serves up an affectionate portrait of Ivins’ longtime friendship with another strong, salty Texas woman, Ann Richards, herself something of a pioneer as a Democratic female governor of Texas.

Sadly, we can only imagine the glee with which Ivins might have squared off against the current crop of scoundrels in Washington. But her clarion call to “have fun, do good and raise hell” is more timely than ever.

RAISE HELL: THE LIFE AND TIMES OF MOLLY IVINS

Next ArticleLove Your Local Band: Asari