.Preview: Edge of the West at Moe’s Alley 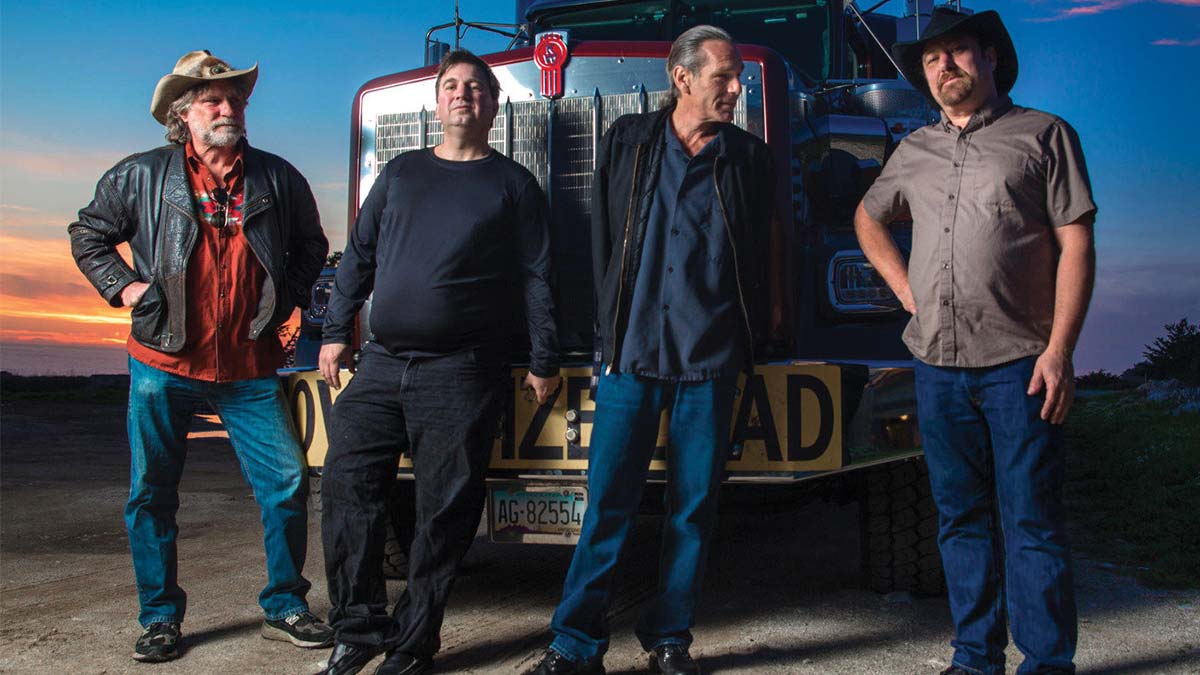 As a young music student, Jim Lewin had what he thought was a promising start as a drummer. When it came time to upgrade from his practice mat to an actual drum, however, his mom suggested that he take up the guitar instead. Lewin has since become a renowned guitarist, and his mom hasn’t forgotten why.

“I once said, ‘Mom, remember when I was going to be a drummer and you pushed me over to guitar?’” says Lewin, who has performed with Todd Snider, Peter Rowan, Leftover Salmon, Gillian Welch and others. “And my mom said, ‘Yes, and you’re welcome.’”
Despite his musical success, however, Lewin, who hails from Santa Cruz, is not well-known here at home. Early on, he played with “a gazillion bands,” including the Continental Drifters and Harmony Grits, but he eventually left town and launched a career as a professional touring sideman. While playing arenas and big venues on the road with other artists, he didn’t have much opportunity to build a local following.
These days, Lewin is back in Santa Cruz, working with his own band, Edge of the West. Residing at the intersection of country, Americana, rock and what Lewin calls “hippie jam band stuff,” Edge of the West gives Lewin a chance to explore his own ideas and music.
“I’ve decided to become a bandleader and push some of my own creative impulses to harvest,” he says, “and to create the sort of band that I think will be of service to the community, and have something to add to the national conversation. Even in this saturated environment, it’s still important to have roots-based hippie music where people can gather to socialize and party and have a shared love of the roots and the future.”
Lewin also wants to show his hometown audience what he’s been working on for decades.
“This is my base, and these are my people,” he says. “It means a lot to me to be recognized at home, and for my family to get to see this.”
His music is influenced heavily by the artists he’s performed with over the years. In particular, he points to bluegrass mandolin legend Frank Wakefield, who Lewin describes as the missing link between Bill Monroe, the father of bluegrass, and David Grisman, who ushered in progressive bluegrass in the 1960s; Great American Taxi, an Americana and country act formed by Vince Herman of pioneering jam band Leftover Salmon; and country singer-songwriter (and one-time Santa Cruzan) Lacy J. Dalton, who Lewin toured and recorded with for years.
About his time with Dalton, Lewin says he learned a lot about the music business, about writing, and about “navigating life as a person who’s fated to base their life around music and make that work.”
On Saturday, Dalton joins Lewin at Moe’s Alley to celebrate the release of Edge of the West’s self-titled debut. The album, which showcases Lewin’s love of rock, jam and country, is full of wild stories about conspiracies, good times, romance, and the drug-fueled rock ’n’ roll lifestyle. Lewin describes the album as his comic book record, a collection of 12 little stories that are a bit absurd and campy. Beneath the surface, however, the album addresses more serious topics of people making their way through life, searching for meaning and love. On it, he blends elements of the music he loves into an Americana meets garage jam-band sound that he calls “cosmic honky-tonk.”
“I use the term ‘cosmic honky-tonk’ to describe it,” he says.
“I try to plant a tie-dyed flag,” he says of his cross-cultural, open-minded appeal. “My concerts are a good place to bring your hula hoops, your tie-dyes, and also your cowboy boots and a jug of moonshine.”

Previous ArticleFired Up at Pizzeria Avanti

Next ArticleClean Energy to the Rescue?