.Clean Energy to the Rescue? 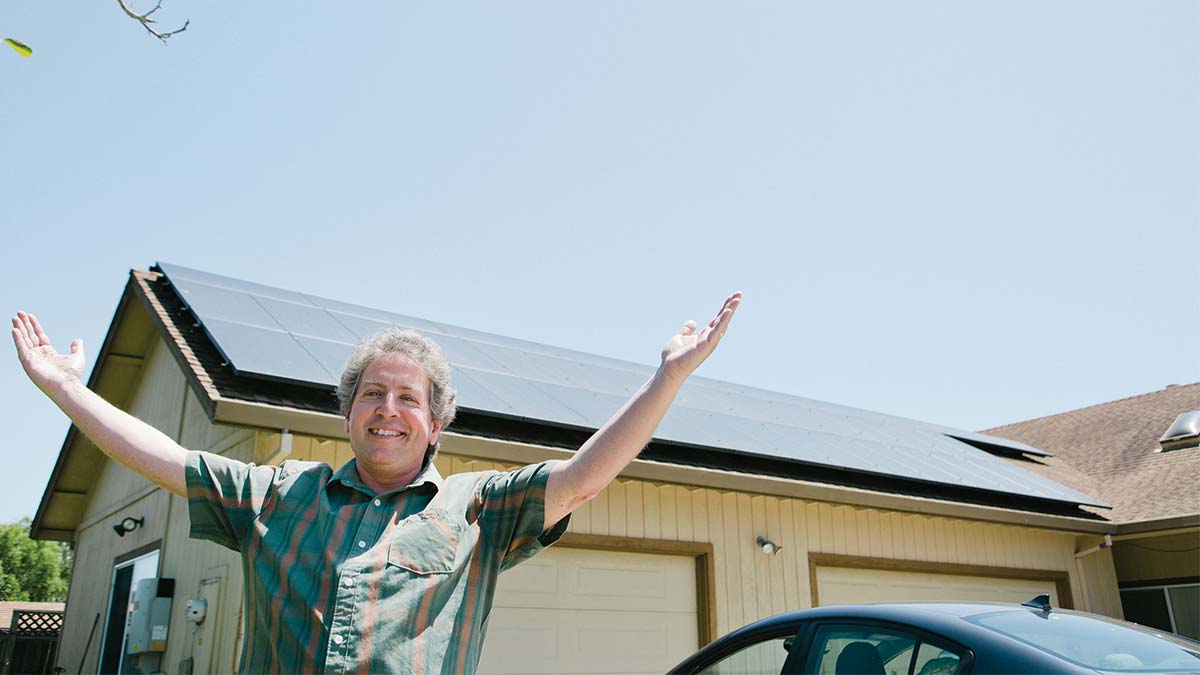 What if the energy that heats your home and keeps the lights on could be cheaper, cleaner and more locally sourced?
That may be a reality as soon as the summer of 2017, with Community Choice Aggregation (CCA)—an idea that local leaders from Santa Cruz to King City and the far southern reaches of Monterey County have been talking about for years. Last month, Santa Cruz County became the first in the group of regional partners to approve a feasibility study for the program.
A CCA allows cities and counties to create their own energy system, one that allows residents to drop their PG&E plan and opt-in. CCAs also purchase and support local green projects. The group can fund those projects by pooling revenue from the revenues it collects from ratepayers.
One goal of the project, says First District Santa Cruz County Supervisor John Leopold, is to help create more renewable energy jobs in the Monterey Bay. Leopold says that PG&E profits from energy sales would instead stay in the community to fund clean projects, create jobs and stimulate the local economy.
“The millions of dollars leaving our community right now [are] going into a corporation that is not necessarily investing in our community—this is a way to capture those resources for projects we care about,” Leopold says.
Nearly half of greenhouse gas emissions created by the Monterey Bay region come from energy production.
Regional leaders created Monterey Bay Community Power (MBCP), a public/private partnership, in 2013 to assess the environmental and economic impact of creating a possible CCA for the Monterey region, which includes 21 municipalities in Santa Cruz, San Benito and Monterey counties.
Each partner has passed resolutions in support of a CCA and has started reviewing the feasibility study, a cost-benefit-analysis which consultants from Pacific Energy Advisors finished in March.
The system puts the control of energy purchasing and pricing into local hands—allowing the community to decide what type of energy mix best serves their needs via CCA administrators who would decide which energy sources to use. PG&E would still transmit and deliver energy, as well as handle customer service.
Ratepayers will have an option to stay with PG&E, but Virginia Johnson, the project manager for MBCP, says it will be a tough sell for PG&E to keep customers.
“We can double the amount of green energy that we use, pay the same rates, and we can book surplus revenues to fund local energy projects. That benefits the community, keeps the control local, the rate local, the money local,” says Johnson, also a staffer for County Supervisor Bruce McPherson.
CCAs began in Massachusetts in 1997, and have since been approved by six other states including California. As of 2014, CCAs serve about 5 percent of Americans in more than 1,300 municipalities, including the counties of Marin and Sonoma.
The law requires PG&E to cooperate with CCAs, whether they want to or not. In 2010, PG&E donated $46 million to a ballot measure that would have made it more difficult for CCAs to form, but it was defeated at the polls. PG&E spokesperson Brandi Merlo says that a CCA’s implementation will not impact PG&E’s ability to provide services.
“We respect the energy choices provided to our customers,” she says, “and we are cooperating with CCA programs.”

Last year, approximately 30 percent of the energy delivered by PG&E came from state-qualifying renewable resources like solar and wind. MBCP’s feasibility study offers three possible supply scenarios, all of which would produce more renewable energy than PG&E.
Joe Jordan, a former researcher for NASA who teaches renewable energy at Cabrillo College, attended a recent meeting on the CCA proposal. He’s overall optimistic about the possible switch, saying it’s a great opportunity to reduce greenhouse gas emissions. But he’s also concerned that the CCA will be “too timid” in achieving its green goals.
“If you’re going through all this trouble, go big, be bold. The sky’s the limit,” Jordan says. “From my NASA background, let me just say: always be wary whenever anyone says it couldn’t be done.”
California’s energy regulations require that all electricity retailers, including CCAs, provide a minimum 33 percent of all electricity from eligible renewable energy sources by 2020, and 50 percent by 2030. MBCP recommends using a variety of renewable sources, among them—solar, geothermal and wind.
MBCP has highlighted three different supply scenarios they are considering. Each would reduce greenhouse gas emissions, increase renewable energy and keep the rates equal to or lower than PG&E’s.
The first scenario’s rates would be less than or equal to PG&E’s, with customers saving an average of 42 cents every month in the first year. The CCA proposal would produce an estimated 20 percent fewer emissions than PG&E right away and an estimated 42 percent fewer emissions by year 10. The CCA proposal would double the renewable energy compared with what PG&E provides, and the energy sources would be local.
In scenario two, there would be more savings for the ratepayer than in scenario one. The average household would see average monthly cost savings of 68 cents over the first 10 years. Emissions would also be lower than in the first scenario over time. Scenario two outlines a plan for buying more renewable energy credits—importing clean energy, instead of producing the bulk of it locally. The CCA would produce an estimated two and a half more times renewables than PG&E does.
Scenario three saves ratepayers the most money, with the average household saving $4.50 per month over the first 10 years. It leverages both local renewable energy and energy credits. This CCA is estimated to produce only 1 percent more renewable energy than PG&E. This is the only option that would leverage hydroelectric power from dams, a power source no longer considered renewable in California because of ecological impacts, even though the energy is carbon-free.
The startup cost of a CCA is $2 million, a small burden that all the partners would share. MBCP expects the money to be paid back in less than four years.
Partners have until Oct. 31 to decide whether or not they would like to be included in the CCA. And even if they don’t decide at that point, they can still opt-in in the future.
Santa Cruz County could go through with the CCA by itself, as it does not require other partners in order to move forward. However, Johnson says it will be beneficial to everyone if more groups join in.
“There is a great advantage to an economy of scale,” Johnson says. “The more buying power we have as a tri-county improves our ability to procure the best energy.”

Previous ArticlePreview: Edge of the West at Moe’s Alley

Next ArticlePreview: Comedian Kathleen Madigan at the Rio