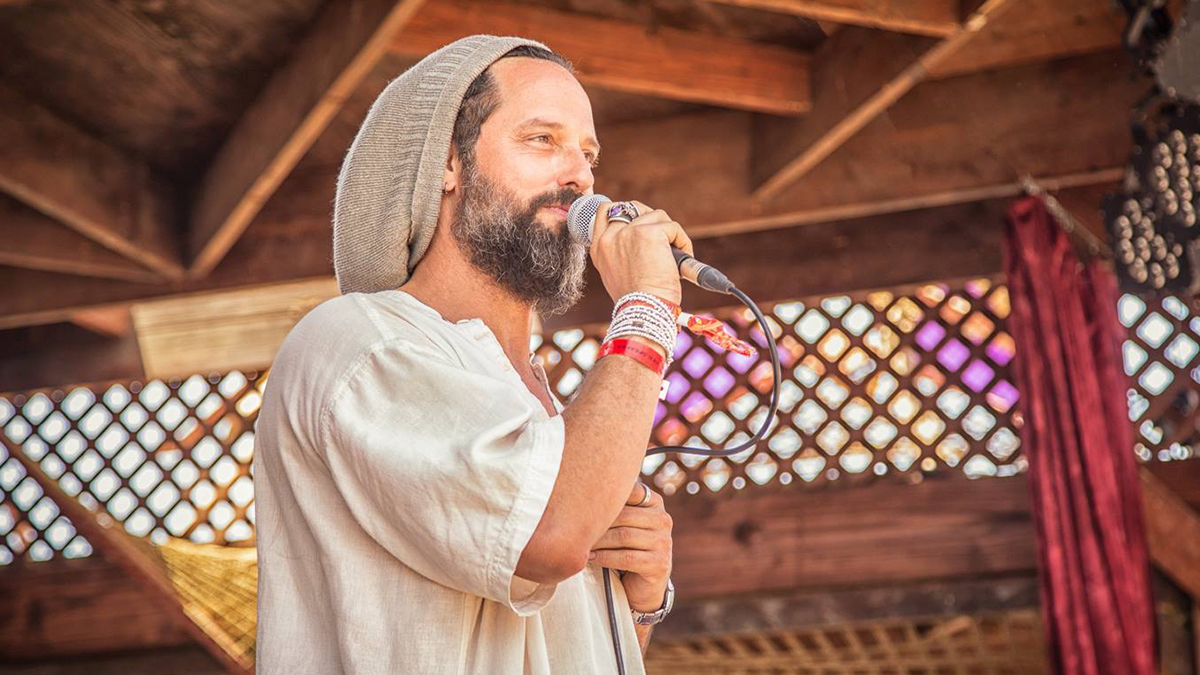 Michael Brian Baker says that growing up, we naturally connect to something special. “Innately as children, we are the frequency of love,” says Baker, a founding member of the Breath Center in Ojai, California. “And most of the things we do—whether it’s the cars we drive or the clothes we buy—are about seeking acknowledgement and love.”

Baker is coming to Capitola’s new Breath+Oneness yoga studio on Veterans Day, Nov. 11, for a session of breathwork at Holistic Veterans’ annual Community Healing Project, and he wants people to get more in touch with the importance of love.

Baker says his sessions can be a lot for some newcomers to take in, but that others leave feeling rejuvenated. Videos online show participants holding hands, and sometimes they find themselves weeping, laughing or crying out—and he swears it’s all more than hot air.

Baker says he focuses the sessions around a sense of “orchestrated epiphany,” and loosely bases his breathing rituals on South American medicine ceremonies, although he skips the traditional drugs (which are illegal in the United States, anyway). “We’ve created a massive healing ceremony where people can come in and feel the experience without having to ingest any medicine,” Baker explains. “The breath and/or the individual becomes the medicine and their own healing.”

Baker traveled the world when he was younger, looking for a deeper sense of wisdom. He remembers meeting monks with such spiritual awareness that he says it felt to him like they had unique powers.

“I thought, ‘Wow, there are these people from the Far East who developed what seemed to me to be superhero powers through years of meditation, like the kung fu movies from when we were kids,” Baker says.

He moved back to Southern California, where he helped open a yoga studio and got to know Santa Cruz native and Dharma Punx author Noah Levine.

Baker says he found this healing breath by accident, and has watched it work wonders for people suffering from post-traumatic stress disorder, psychological trauma, addiction, depression and even severe physical injuries. His session, he says, can provide as much healing in 90 minutes as some festivals and forums do in an entire week.

“It moves energy internally that you normally couldn’t get moving with any physical exercise,” he says. “It also ignites the vascular system of consciousness, which is a non-ductory system, meaning you can’t take a picture of it.”

He says he’s even seen it help people going through difficult transitions like divorce. “It will accelerate that process in such a beautiful way—a gentle, gentle way,” Baker says.

The Nov. 11 Community Healing Project will also feature other sessions, including a drum circle, yoga and live music from Holistic Veterans founder Paul Damon. Health care practitioners will set up outside the studio.

“There are practices, like this breath, that will reenergize, get brain plasticity increased, get brain activity really moving again,” Baker says. “That’s the magic behind the Breath Center. Spread the love. That’s literally what we’re doing. When there’s more of that and less worry, less focus on what’s not working, then we can begin to shift things, not only in our own lives, but in our life experience and what’s going on around us.”

The Community Healing Project is from 1-9 p.m. on Saturday, Nov. 11 at the Breath+Oneness Center at 708 Capitola Ave., Capitola. Breathwork with Michael Brian Baker is $35 if you register at breathandoneness.com. The rest of the event is free.

Previous ArticleThe Truth About the Flu