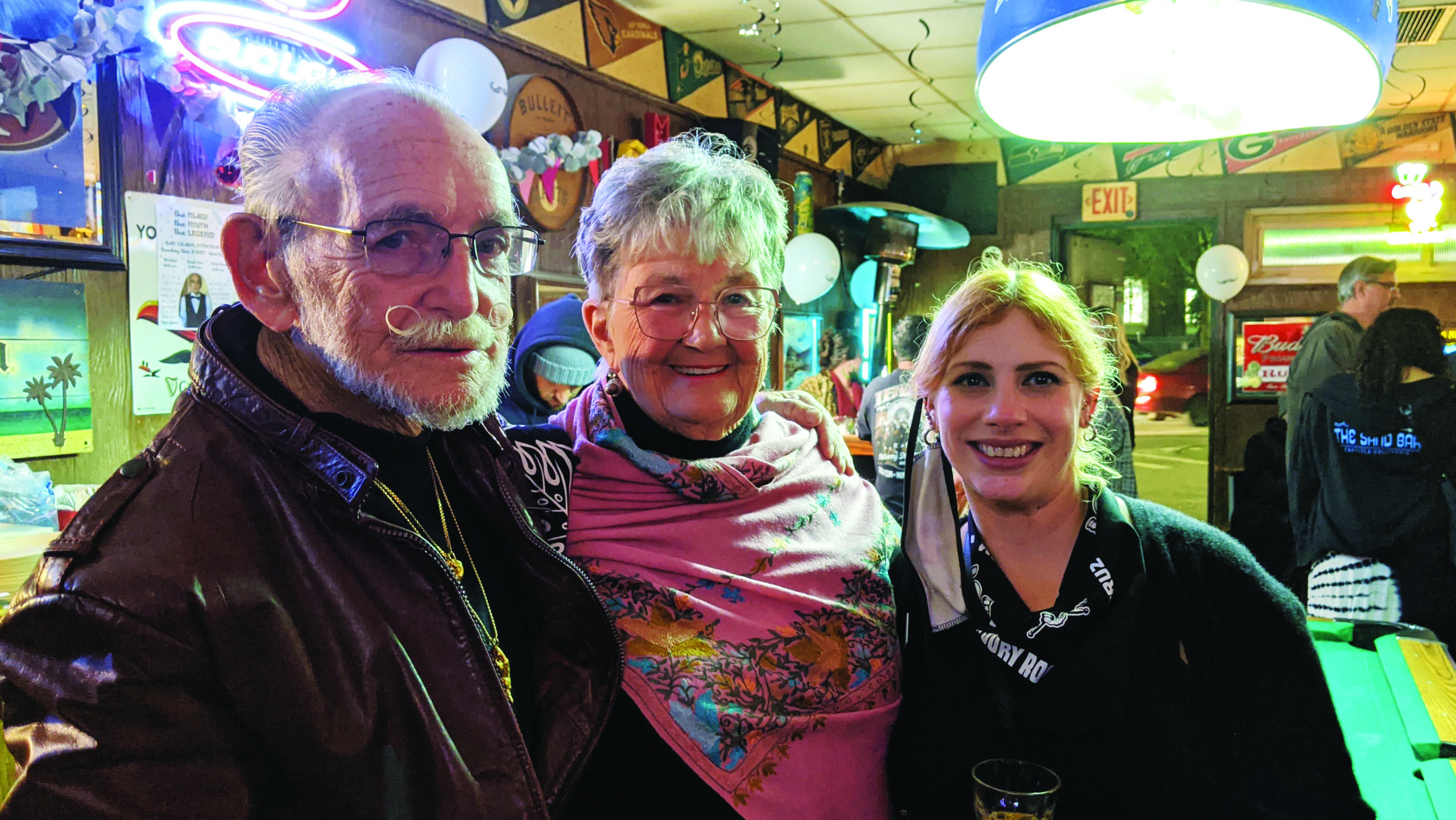 Known for his collared shirts, stylish cuffs, curled mustache and soft-spoken but take-no-shit attitude, Easterby, or Marv to his friends and regulars, “is the quintessential, strong, handsome, silver-tongued, no bullshit bartender,” says Molly McVeigh. She’s tended downtown Santa Cruz’s Rush Inn since 2009 and has known Easterby for 16 years.

“There are so many of us who look up to him and admire him,” she says of the bar community. “I was surprised at how sad I was when I found out this was actually going to happen. I feel like this is such a huge loss for our community.”

After 45 years of serving behind the sticks at The Jury Room, Easterby, 77, will be leaving his post.

He and his wife, Claudia, are moving because their landlord is selling the property—an all too common story in today’s Santa Cruz. They recently bought a double-wide trailer closer to Easterby’s daughter and two grandchildren. As he puts it with his famous, devilish grin, “It took me nearly goddamn 80 years, but I’m finally turning into trailer trash.”

But before he goes, local barkeeps and patrons give Easterby a proper send-off.

On Sunday, friends, coworkers and regulars bar hopped between the Jury Room, Brady’s Yacht Club—both establishments he was working at—and the Rush Inn, where he occasionally guest tended and worked holiday parties so their staff could enjoy the night off. Easterby and Claudia traveled in style in a rented limo on behalf of Jury Room and Brady’s owner, Karen Madura, and Rush Inn owner, Laura Nadel.

His final day at Brady’s was Monday, and his last shift at The Jury Room will be Thursday, Dec. 9, from 3-8pm. Everyone is invited to celebrate the man, the myth, the Marv in one final hurrah with music provided by local act Rabbit Truck.

“He’s just a legend,” says Madura. “He’s a huge part of this community and the communities before.”

Born in Andover, South Dakota, Easterby was the youngest of seven. His first job behind the bar was in 1963, when he was 19, in a small town called Pierpont which, in 2010, boasted a whopping population of 135.

“You could drink beer at 18 and then hard liquor at 21,” he remembers. “When I interviewed, I told them I was going to be 22; I just didn’t tell them how long it would take me.”

After he was subsequently fired for being underage, he followed a sister to Washington state, where he found a job as a fry cook and eventually managed a bar and restaurant.

He arrived in Santa Cruz in April 1976 and soon bought The Jury Room for $75,000. Over the next several decades, he would fine-tune his skills, rubbing elbows with locals and authorities.

“When I bought [The Jury Room], it was a total cop bar,” he remembers. “If I had 40 customers at once, I bet you 25 of them would’ve been off-duty law enforcement.”

It seems he was always a favorite around town, earning the nickname “Judge Roy Beans,” given to him by a Jury Room regular, who also printed up business cards with the nickname and a caricature of Easterby on them. It’s the same caricature the bar still uses today on pins and other merchandise. During the holidays, local police acted as designated drivers for Easterby and gave him rides to and from their precinct parties, for which he helped supply the booze.

Easterby owned and operated The Jury Room for 23 years, until 1999, when a health scare made him relinquish some responsibilities. Still, he continued tending at the local institution and joined the Brady’s team in 2011 after Madura purchased it.

She remembers first meeting Easterby in the early 2000s as a college student.

“The first thing I did when I bought The Jury Room was apologize,” Madura laughs.

She says Easterby always treated her with the utmost respect and helped guide the bar but never patronized her.

“He never made me feel like I didn’t know what I was doing,” she says. “He always has a perspective on things that I welcome.”

It’s a quality that only comes with experience, something local tenders say is often absent in many of today’s barkeeps.

“I’m going to miss the professionalism he brings to the craft,” says Jury Room tender Tim Hall, who has worked with Easterby for the past 17 years. “It’s a craft he owns.”

In 2013 GT readers voted Easterby the Best Bartender in Santa Cruz, a title he still cherishes proudly with a picture on his phone.

When asked if there will be another like Easterby, Hall firmly shakes his head.

“There’s been too much time change, generation change and attitude change,” he says.

Brian Rucker of the Rush Inn has been pouring for 19 years and was originally trained by Easterby at the Jury Room. He uses Easterby’s own words to describe his mentor and friend.

“Marv’s said to me many times, ‘Anyone can sling drinks, but not everyone can be a bartender,’” he says. “He’s Santa Cruz’s Kris Kristofferson or Sam Elliott. A class act with the old school mentality. It’s a lost art.”

He takes a drag of his cigarette before sighing.

“We’re losing a lot of wisdom, a lot of class and a lot of good jokes.”