.Iveta Leads a Big Month For New and Revamped Wining and Dining Throughout Santa Cruz County 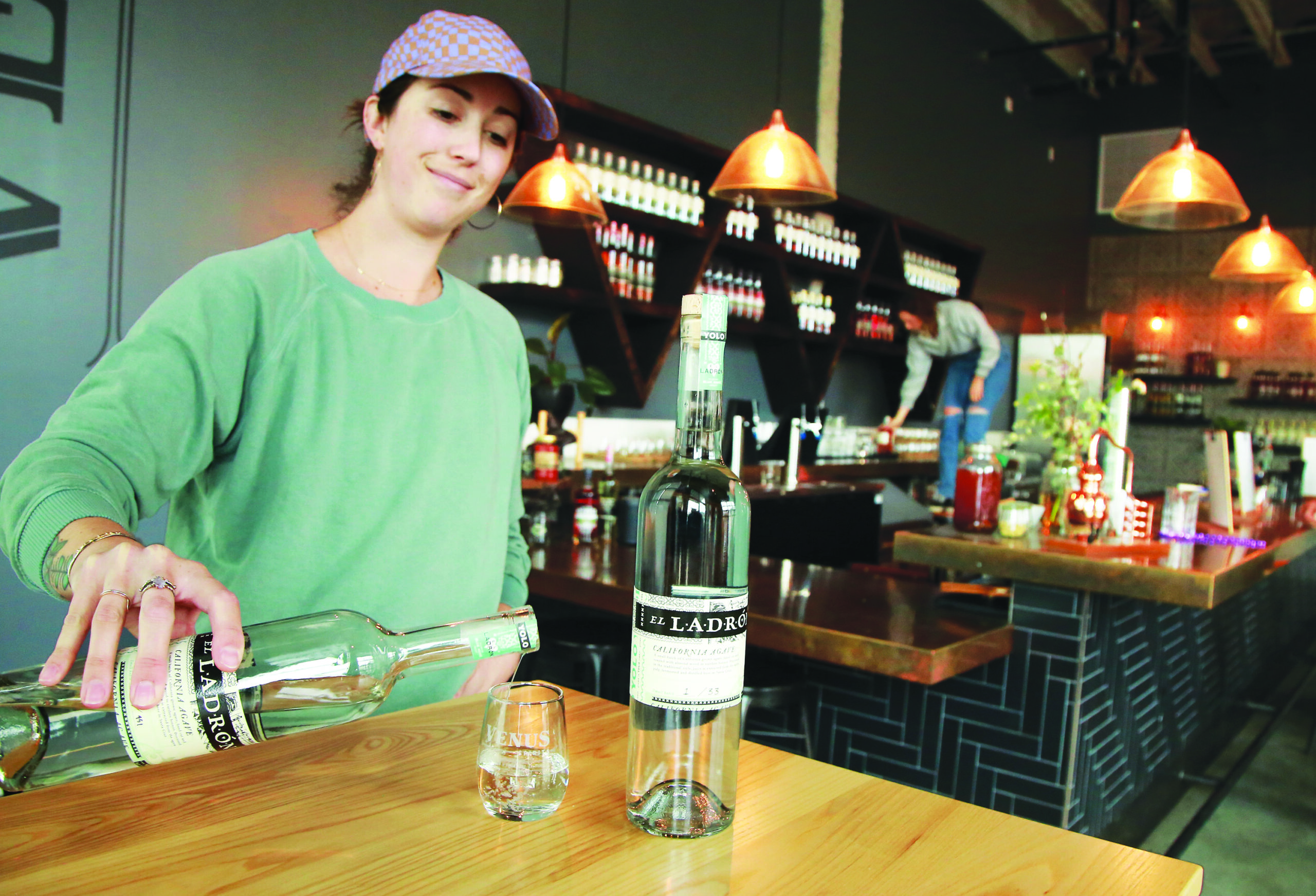 March looks like the most exciting month in about two years. Openings, new tastings, new dining rooms, new chefs—everything we’ve been waiting too long for, coming up fast.

Just around the corner the soon-to-be Iveta plans to open at the ocean end of Pacific and Front, just a few doors down from the under-construction Big Basin Vineyards Tasting Room. We say goodbye to the always rustic and boisterous Vasili’s after three decades of keeping us all swilling retsina and noshing on tzatziki. But another door is about to open—a new Mediterranean fast-casual eatery, Achilles Restaurant, is refurbishing the former Taco Bell spot on Soquel Drive, across from Staff of Life. Achilles is the sister branch of the popular Santa Clara original, home of many spice-marinated shawarma and gyros specialties, wraps, pitas, heart-shaped falafels and big flavors.

Coming online on March 16 is Restaurant Malik Williams, in the neighborhood of the Hideout, just up Soquel Drive from Mentone and Cafe Sparrow. It will open with a focus on seasonal risottos and designer dishes all showcasing the touch of chef/owner Malik Williams, whose background includes Sotola, Mentone and Manresa. Williams has a serious resume and the buzz is major around his ambitious new dining room. Official public opening is March 16. Dinner Wed—Sun 4-8:30. Be the first to make a reservation at 831-251-0676 or Open Table.

Tasting something new in a quiet nook of Venus Spirits tasting room is always a pleasure, especially when guided through the process by entrepreneur Sean Venus, who oversaw the recent creation of El Ladrón Yolo from harvest to roasting to fermentation and finally to double distilling. The new spirit (named after Yolo County, where the agave is grown, not the Millennial mantra) sips as a surprisingly smooth creation, with the pineapple-esque agave fruit forward, followed by butterscotch and pepper. The lingering finish floats on a light hint of cinnamon. Not as smoky as a mesquite-fired mezcal, Yolo was roasted in almond wood—part of a unique alliance with almond growers near Woodland. “It’s something I’ve always wanted to do,” Venus says of this collaboration with Craig Reynolds, who helped to harvest 6,000 pounds of agave for this initial all-California release. “We put the 100 pound piñas in a pit covered with volcanic rock,” and after more layers of covering, “the agave roasted at 190 degrees for seven days.” Then the soaking of fibrous agave piñas, cooling, transporting to the Venus distillery for fermentation and finally double distillation—three weeks from start to finish. Venus now has a limited edition of 140 bottles available exclusively at the tasting room and online shop. $90, 42% alc, 84 proof. Yolo is a lovely elixir, with handcrafting and ancient ritual behind every sip. “We hope to do another one,” says an obviously pleased Venus, “partnering with local growers.” The limited release will launch Saturday, March 12 at Venus Spirits’ tasting room. Music by DJ CongaBoi, food by El Rey León and salsa dancing performances by Lulu and the Lushes. 1pm to 4pm, 200 High Road Santa Cruz. Not to miss!

Second Sundays at Persephone in Aptos (a very busy burg) is a new spring tradition. A casual wine tasting event with international wines, small bites and cheeses from the kitchen and live music. Second Sunday Wine Tasting debuts on March 13 with a focus on four Greek wines from Athenee Imports paired with Greek-inspired snacks. 3-6pm/$35. opentable.comAlso, look ahead and make your reservation to be at Persephone on March 27 for a Big Basin Vineyards Winemaker Dinner. Winemaker Blake Yarger and owner Bradley Brown will be on hand to walk you through five of the boldest Santa Cruz Mountains wines you’ll ever taste. With matching menu by Chef Cori, as yet to be dreamed up. 7945 Soquel Drive, Aptos. persephonerestaurant.com.