.Kids Did Not Spread Coronavirus in Excel In Place Program, Officials Say 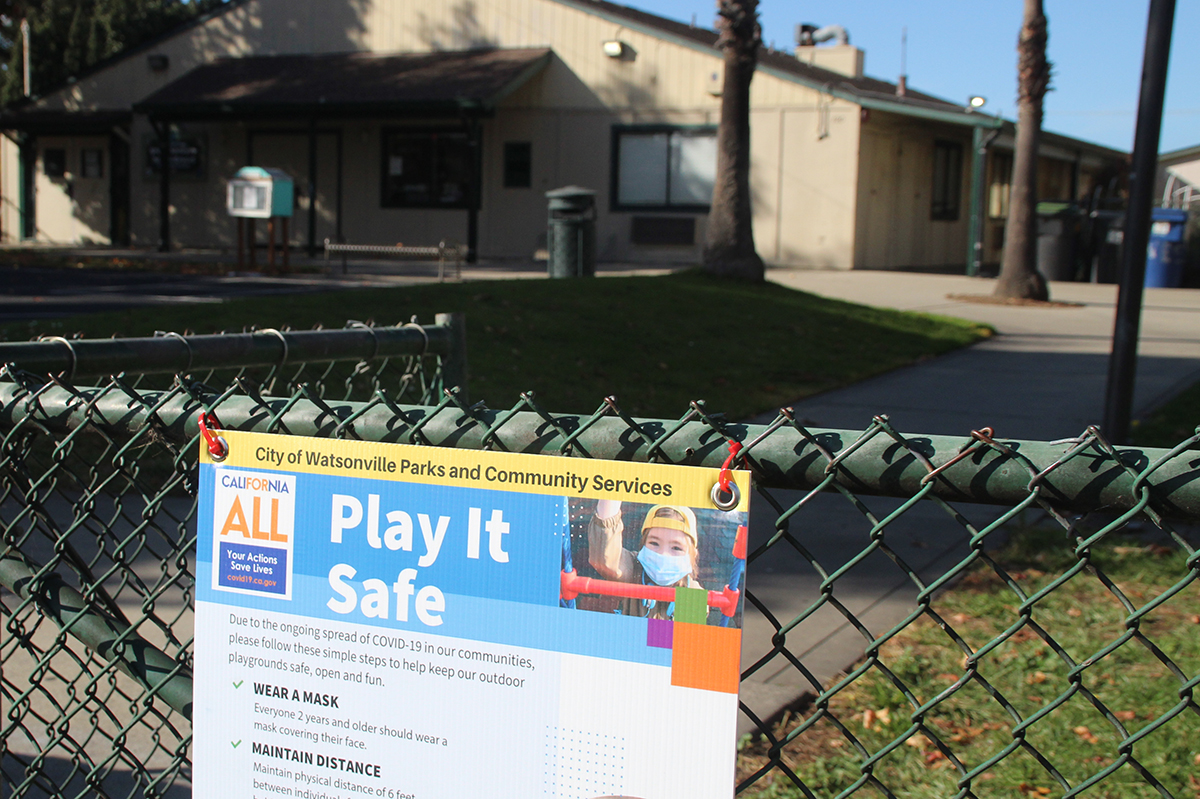 A pair of positive Covid-19 tests shut down the Excel In Place program at the Environmental Science Workshop in Watsonville through Dec. 18.

“Our county still requires that this quarantine last 14 days and unfortunately, the timing of the exposure does not allow us to reopen before the winter break,” he wrote in an email.

A joint program from the city of Watsonville and Santa Cruz County, Excel In Place offers low-cost child care ($400 per month) for Watsonville parents and guardians who are unable to work from home during the pandemic. Children ages 5-12 are placed into cohorts of 12 and city employees provide distance learning support, games, arts and crafts, recreational activities and field trips, among other things.

Along with the Science Workshop, the city also had Excel In Place locations at the Youth Center, Callaghan Park, the Watsonville Public Library and both Police Activities League locations—Davis Avenue and Rodriguez Street.

Calubaquib said the program is expected to return after the winter break, aligning its start date with the Pajaro Valley Unified School District’s (PVUSD) spring semester start date of Jan. 12.

How did it spread?

According to a press release, the Excel In Place program followed guidelines from the Centers for Disease Control and Prevention regarding schools and child care programs. That meant city employees were tasked with implementing social distancing strategies, increasing cleaning and disinfection efforts, modifying drop-off and pick-up procedures and creating screening procedures upon arrival.

Watsonville City Manager Matt Huffaker said that county contact tracers confirmed both cases at the Science Workshop were contracted outside of the workplace, meaning that kids in the cohort were not responsible for the spread there. No kids in that cohort have tested positive, Huffaker said, but two in the library cohort have. However, Huffaker said, those cases have not been linked to the program either.

“Safeguards in place have protected staff and participants in the workplace, so far,” he said through text.

That has been the trend across the county, according to County Health Services Agency spokeswoman Corinne Hyland. While there have been cases in both kids and employees reported at other similar child care programs, contact tracers have not found that the programs have been responsible for the spread, Hyland said.

“Close household contacts appear to be the most likely source of exposure,” Hyland said in an email.

In addition, several studies have found the likelihood of school children being responsible for major community outbreaks to be minimal when compared to other environments. One recent study in Iceland confirmed previous studies that found young children catch and spread Covid-19 at half the rate of adults, according to National Geographic.

That study, however, did not say that schools would be outbreak-free, only that the risk would be significantly lower than other workplace situations.

What are schools doing?

The CDC recently said that because of their “numerous benefits beyond education, including school meal programs and social, physical, behavioral, and mental health services” that grade schools “should be the last settings to close after all other mitigation measures have been employed and the first to reopen when they can do so safely.”

Similar to the Excel In Place program, PVUSD is currently holding small-group, in-person learning sessions at seven schools, with groups of 12 students and four staff. They are designed for students with special needs and those that are struggling with distance learning.

With less than one week before the three-week Christmas break, the district has no immediate plans to change that system, said PVUSD spokeswoman Alicia Jimenez.

She declined to say whether any employees working in those groups have tested positive, citing privacy laws.

The district’s Board of Trustees recently decided to delay its hybridization plans to March, a move that passed unanimously and was first announced when infections skyrocketed in November. More than 7,100 people have tested positive for Covid-19 and at least 70 have died in Santa Cruz County, according to the latest county data.

The board will return in the new year to determine when kids can return to the classroom. But it is unlikely that in-person classes will begin any earlier than March, as the trustees have taken a cautious approach in deciding when to hybridize classes for various reasons, including the disproportionate amount of cases in South County—Watsonville has more than half of the county’s cases despite holding less than a fifth of its population.

Santa Cruz County would also have to return to the red “substantial” tier of the state’s reopening plan for schools to reopen.

Calubaquib said the city will continue working with the county to implement the Excel In Place program as long as the small learning groups are allowed.

“Child care and schools have recently been generally considered to be essential, but as with all things Covid, things may change,” he said through email. “We will also need to continue to assess the situation in Watsonville and South County as our case counts continue to be disproportionately higher than the rest of the county.”