.Letter to the Editor: What’s My Line 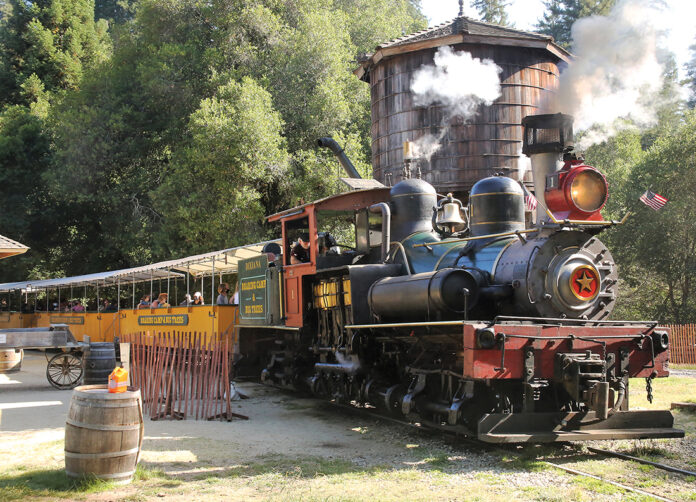 Re: “Tracks of the Trade” (GT, 2/2): Since the discussions about the Santa Cruz Branch Line are heating up, it is important to talk about some new developments in regards to the line.

In recent weeks, it was revealed that after Sierra Northern pulled out of its contract with Union Pacific in 2011, Roaring Camp wanted to purchase the branch. The county told them not to, stating that they were going to use state funds to preserve the line. That hasn’t happened. The county has very clearly neglected the line, and we should try to have a local operator run the line.

Environmental Concerns: I did a live stream about this on my YouTube channel, but while the commuter rail is not possible due to the profit margins and overall costs, freight trains are more than possible if the bridges are repaired. According to the EPA, the average freight locomotive emits 22 grams of CO2 per ton-mile, compared to truck operations which emit approximately 65 grams per ton-mile. If Roaring Camp takes over full freight operations, it will undoubtedly decrease greenhouse gas emissions. Remember, one of Greenway’s arguments is about the carbon footprint. If we have fewer trucks transporting freight and have more trains on the line, it will ease the environmental impact.

Roaring Camp’s Defenders: Along with the thousands of letters sent, California State Senator John Laird and San Lorenzo Valley Fire have both jumped in to defend the railroad. Laird stated, “It’s hard to imagine that every effort wouldn’t be made to help and preserve an iconic local business that brings thousands of visitors to Santa Cruz County each year. The Roaring Camp Railway is a strong part of our local economy and our history.” To Laird’s point, Roaring Camp is a for-profit company, meaning it pays taxes to the county, state and country. More tax dollars would come in if they became the operator. Those tax dollars would benefit everyone. A multi-use pathway will make no money; freight does.

Traffic: Greenway argues that a train creates traffic and blocks the road. However, the math says otherwise. Assuming that there are freight services north of Watsonville for 3 days a week with 1 train a day full of lumber from Felton to Watsonville, that is at least 1 train in both directions passing a level crossing between Santa Cruz and Watsonville. That is not much of a nuisance. However, if the line was turned into a trail, that would mean that 8,000 people a day would use the trail according to Greenway’s estimations. That produces more traffic than a freight train.

I would fix that Santa Cruz Branch situation like this: Come to a leasing agreement with Roaring Camp, permitting them the rights to operate the Santa Cruz Branch once the bridges are repaired and run freight services along with an expansion of tourist trains to Davenport or Capitola. As for capacity issues for a trail, I propose that more permanent bike lanes be constructed throughout the county on roads that can’t follow the tracks. That way, cyclists are protected by a barrier on the road for part of the way and can safely travel near the tracks. The future of transportation in this country is trails and rails, we can have both.

One last thing that I want to mention is that I am not affiliated with the FORT or Coast Connect.

This letter does not necessarily reflect the views of Good Times. To submit a letter to the editor of Good Times: Letters should be originals—not copies of letters sent to other publications. Please include your name and email address to help us verify your submission (email address will not be published). Please be brief. Letters may be edited for length, clarity and to correct factual inaccuracies known to us. Send letters to [email protected]