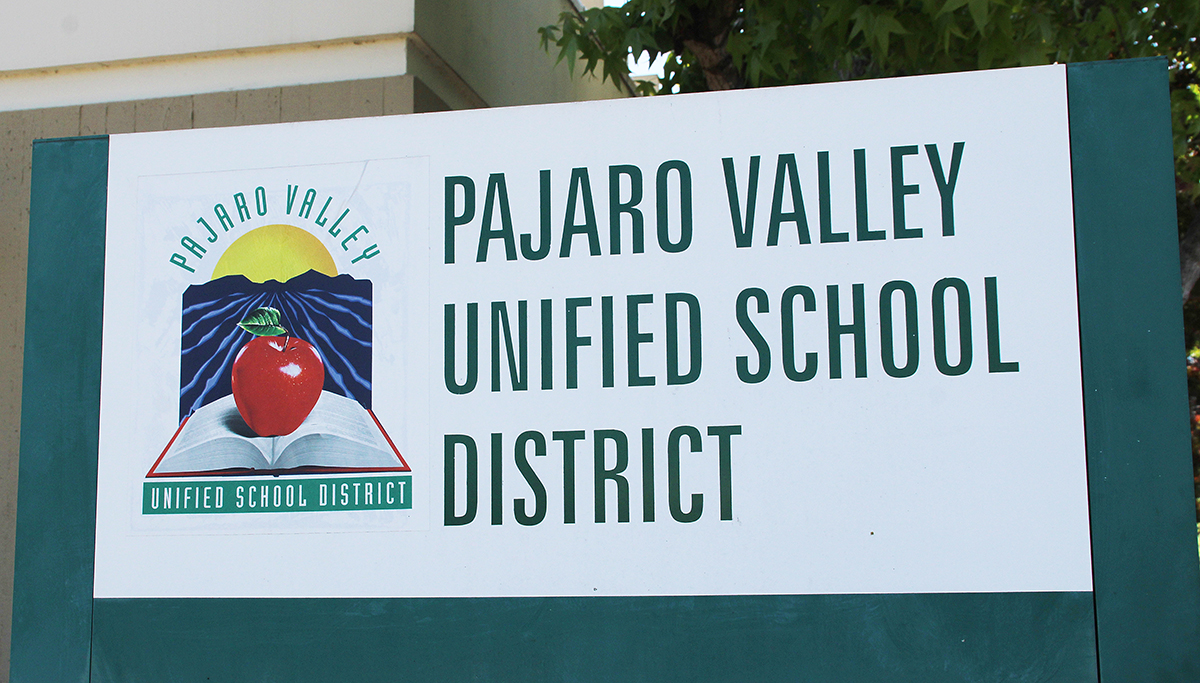 WATSONVILLE—The Pajaro Valley Unified School District on Wednesday approved a resolution proclaiming October as LGBTQ+ History Month, a move that garnered unanimous approval from the board members in attendance and support from people at the meeting.

Trustee Jennifer Schacher, who worked to fly LGBTQ flags over district buildings earlier this year, said the resolution was an important move for the district.

“I think it’s important to honor all of our students, and I am touched by their bravery today and every day that they live,” she said. “I’m not going to force students to sit inside a box. They are old enough to express themselves. They are old enough to have their own thoughts. And I hope, for this world, not just for this community, that we can find ways to accept each other.”

But the resolution did not pass without dissent from the audience. Five people, some of them citing religious reasons for their opposition and one of them carrying a Bible, addressed the board to the jeers of attendees behind them.

Kris Kirby, an Aptos business owner and a member of the Santa Cruz County Republican Central Committee, said she also wants to see the LGBTQ flags removed from PVUSD schools.

“I think the schools should concentrate on teaching the subjects,” she said. “Let these kids be kids. We’re putting too much on them too early and I don’t think they understand it.”

A woman who identified herself as Ellie said she studied the Bible “extensively” until she was 16.

“I can tell you you can take what you want from the Bible, and you choose hate,” she said, addressing the people who spoke against the resolution.

Ellie said that she had to pull her child out of school because of transphobic comments, and said that her 6-year-old daughter understands LGBTQ issues “just fine.”

“Because of the hate you spread I have to fear for my child’s safety,” she told the opposers.

Board President Jennifer Holm said she struggled with her own identity as a bisexual woman.

“When I was growing up, my confusion was not who I was, it was about who society wanted me to be,” she said. “To gain acceptance for that, that’s where I found freedom and acceptance.”

Measures such as the resolution and the flags, Holm said, are a way of “actively including a historically marginalized segment of our community.”

In other action, the trustees approved one-time payments of $2,100 for school workers who are part of the California School Employees Association union, as part of the annual contract negotiations. The agreement also included two additional vacation days.

In addition, the trustees approved a one-time $2,100 payment for employees who fall into management, confidential and professional services employee groups.

The trustees also approved a safety app for mobile devices designed to allow school employees to easily connect with emergency services and with other staff members, as a way to bolster campus safety in the event of emergencies.