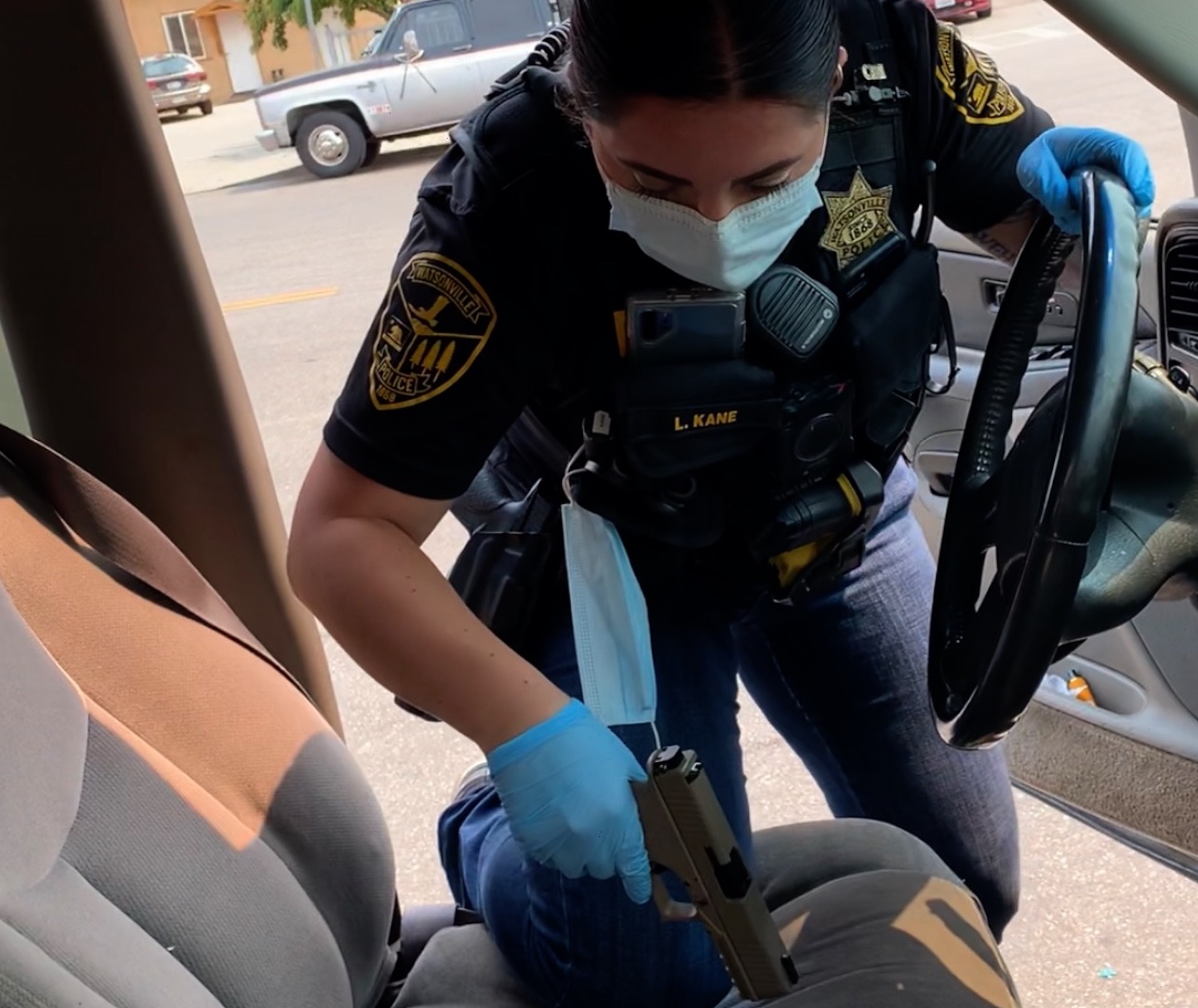 In the beginning of September, San Francisco became the first city in the state to ban the buying or selling of build-it-yourself firearm kits. Commonly referred to as ghost guns, these kits are sold piece by piece, fully disassembled, or can be 3D printed at home making use of a federal loophole that claims since parts cannot fire on their own, they are not a firearm. Since they are not firearms per se, they can be sold online without traceable serial numbers or background checks.

The ban came on the heels of a nationwide surge in the use of ghost guns.

On Aug. 9 the National Police Foundation (NPF) released a comprehensive report detailing the proliferation of these weapons. It found that cities across the nation have seen an increase in the retrieval of ghost guns by law enforcement. For example, between 2017 and 2018 San Jose Police saw a 51% increase. It also found many of the retrieved weapons were in the possession of individuals who are barred from having firearms, particularly in New York City, Philadelphia and San Jose.

In April, the Biden Administration addressed the issue saying it will crack down on the selling of the kits in a country where an average of 316 people are shot every day and of those 106 die.

“Gun violence in America … [is] estimated to cost the nation $280 billion a year,” Biden said in his address from the White House Rose Garden.

On May 21 the Bureau of Alcohol Tobacco and Firearms (ATF) under the Justice Department proposed new rules that would help to close the loopholes keeping ghost guns unregulated. These proposals include providing serial numbers for individual parts, and redefining what gun frames and receivers are as well as the definition of firearms to include kits.

Those proposed rules are currently under a 90-day public comment period.

Locally, more ghost guns are showing up on the streets and in the news.

On May 3, Santa Cruz Police retrieved a Polymer 80 9mm handgun when they received reports that an intoxicated man was brandishing a weapon at the Asti on Pacific Avenue in downtown. Adrian Romaine was arrested and charged with multiple felony violations for the incident.

On Aug. 18, during a routine traffic stop, Watsonville Police retrieved a concealed ghost gun from the car of 18-year-old Brian Mendez. This particular model had been modified to fire as an automatic.

And it was a self-built AR-15 that was used by accused Boogaloo Boy and Airforce Sergeant Steven Carrillo when authorities say he killed Santa Cruz County Sheriff’s Sgt. Damon Gutzwiller in Ben Lomond on June 6, 2020.

The Santa Cruz Police Department was not able to return any statistics on the local retrieval of ghost guns by the time this article was published. However, SCPD spokesperson Joyce Blaschke did write to GT  in an email saying “officers have taken a few ghost guns off the streets.”

“Those ghost guns were in the possession of people you absolutely do not want to have guns,” the email continues. “Gang members and criminals.”

Some 30% of guns recovered by the ATF in California are unserialized, says Celeste Perron, volunteer for the San Francisco chapter of Moms Demand Actions For Gun Sense in America, citing the NPF report. Moms Demand Action is a national grassroots movement for public safety against gun violence.

Perron says she is not anti-gun and grew up in a household with firearms, raised by a father who hunted. That’s one of the reasons why she says she believes the build-yourself kits need to be better regulated.

It’s a sentiment shared by Perry Ralston, owner of Perry’s Sporting Goods in Scotts Valley. He believes individuals should be able to buy parts to assemble their own firearms but they should be upheld to the same background checks and serial numbers as any other regulated firearm.

“Instead we have stupid laws where they can just buy them, build them and be done with it,” he says.

Ralston also argues the terminology is all wrong. “What’s a ghost gun?” he asks. “There’s no such thing as that, that’s not a gun.”

He says a true ghost gun is a firearm with the serial number removed and what people refer to as ghost guns are actually called ‘80 percenters.’ “It’s only 80% complete which means it’s not a gun,” he explains. “But don’t forget if they do [complete the firearm to working order] they have to legally, by law, have it registered.”

Ralston is referring to a 2016 law making California only one of three states to require all at-home builds to be registered and the owner to undergo a background check once complete. However, the NPF report acknowledges there is little research as to how effective that regulation is.

“Compliance with these registration requirements appears low,” it states, “and, in California, for example, no charges have been brought against those that have failed to register.”

Ralston, who does not “and will not” sell ‘80 percenters,’ believes politicians and state legislatures who don’t know what they are doing are to blame.

Despite the emotional reaction gun issues arise in people, Perron is optimistic that the work gun control advocates are doing is something most Americans stand behind.

“Most people are united in the belief you must be able to pass a background check to possess a deadly weapon and you shouldn’t be able to carry a loaded gun anywhere without a permit,” she says. “Those things aren’t very controversial.”

Next ArticleBiden’s Plans Raise Questions About What U.S. Can or Cannot Afford to Do