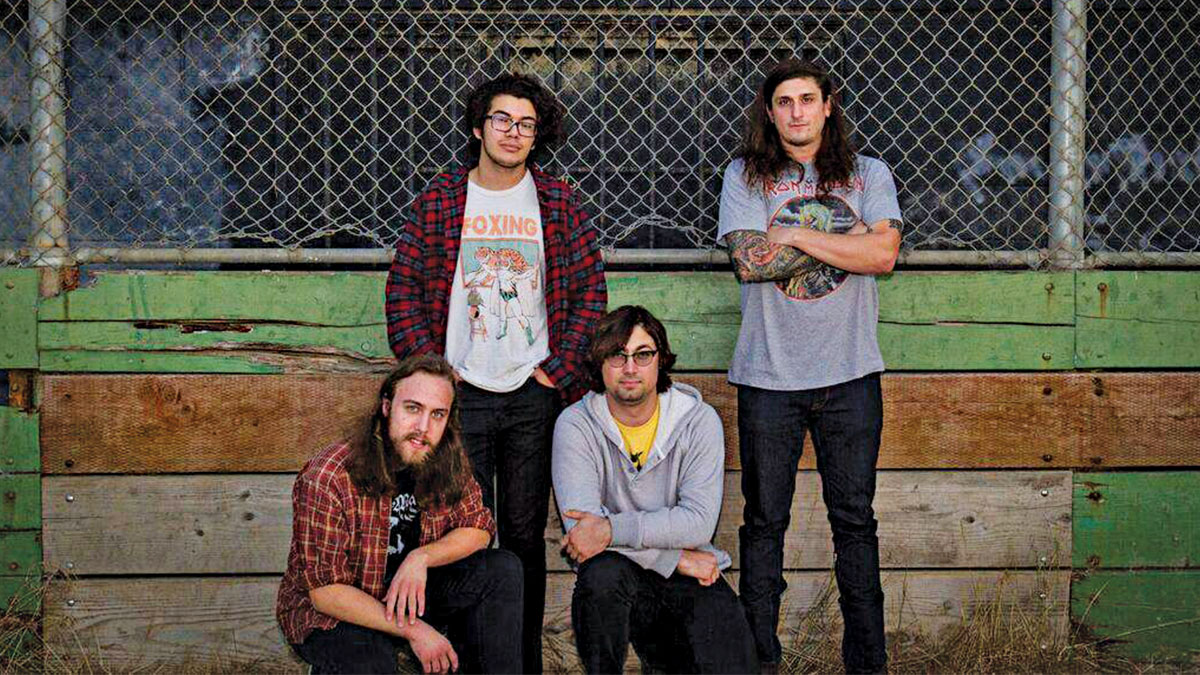 There isn’t a great story behind the name Bananarchy—turns out it was simply the only name everyone in the band could agree on. However, Bananarchy’s genre of choice, “hangar rock,” has an interesting story.

What makes it hangar rock? Well, technically the band plays garage rock, but they practice in an airplane hangar in Watsonville, so why not?

You see, Ruiz partially owns this hangar. He was getting airplane lessons, but has kind of stopped.

“Paying for recording studios was getting expensive, and finding houses to practice at in Santa Cruz is difficult without pissing off neighbors or police.”

Ruiz believes Bananarchy turned out to be a fitting name for the group, which plays aggressive rock songs with sad lyrics, and adds a whole bunch of silliness when they play live.

“It’s kind of funny, but also slightly angsty. So, it was a match,” Ruiz adds.

Just how sad are the lyrics? Well, don’t sit down and read a book of Ruiz’s words without the heavy guitar-bass-drums blast of the band behind him unless you want to get bummed out.

“If you sat down and read the lyrics, it would just look like sad poetry,” Ruiz says. “People have fun at the shows. We’ll be cracking jokes between every song to make sure everyone knows that we’re not trying to take ourselves too seriously. Our presence and our performance is usually pretty silly.”