.Love Your Local Band: Enemy Of My Enemy 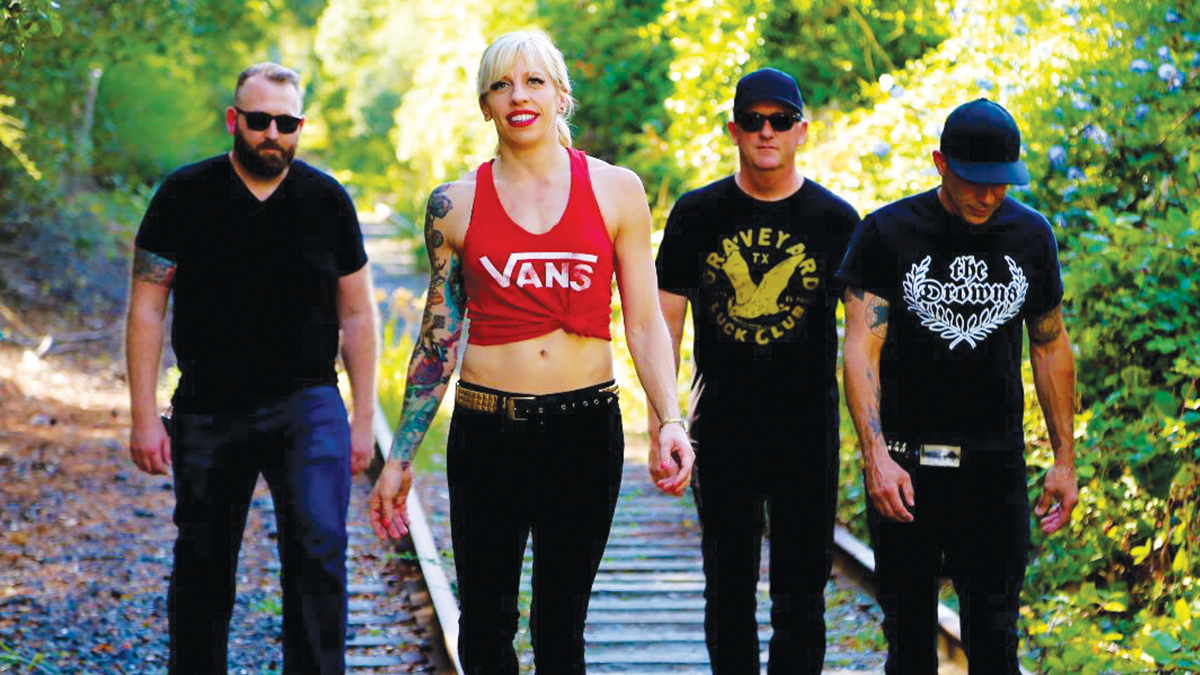 When vocalist Christa Bortolin first met up with Brian Ziel and Jason Graham to play music, she was under the impression that it would be old-school skate-punk. For one thing, the group’s resumé included several punk bands, like Fury 66. But at that first practice, she was surprised by all the slow, sludgy sections between the punk rock.

“It wasn’t skate-punk, but it was definitely something I could get down with,” Bortolin says.

As a trio, Enemy of My Enemy developed a lot of new songs that actually resembled skate-punk—at least the energy and passion. The songs retained the intricate dynamics and subtly complex changes of those early jams, while becoming more aggressive and hooky. After adding bassist Nate Kotila, the band is now a four-piece.

“Once we all clicked musically, that’s where our songs really started to write themselves,” says Graham. “We started writing catchy songs that we could actually have more fun playing.”

The group released its debut EP Igniter in 2017. The record demonstrates an almost-relentless punk-rock energy, but manages to still leave space to breathe. The group is preparing to release a debut full-length, which was produced by Olav Tabatabai from Noise Eater Recordings, who also plays second guitar at shows. Aiming for a release in November, the songs have evolved, searching for creative ways to play straight-forward punk.