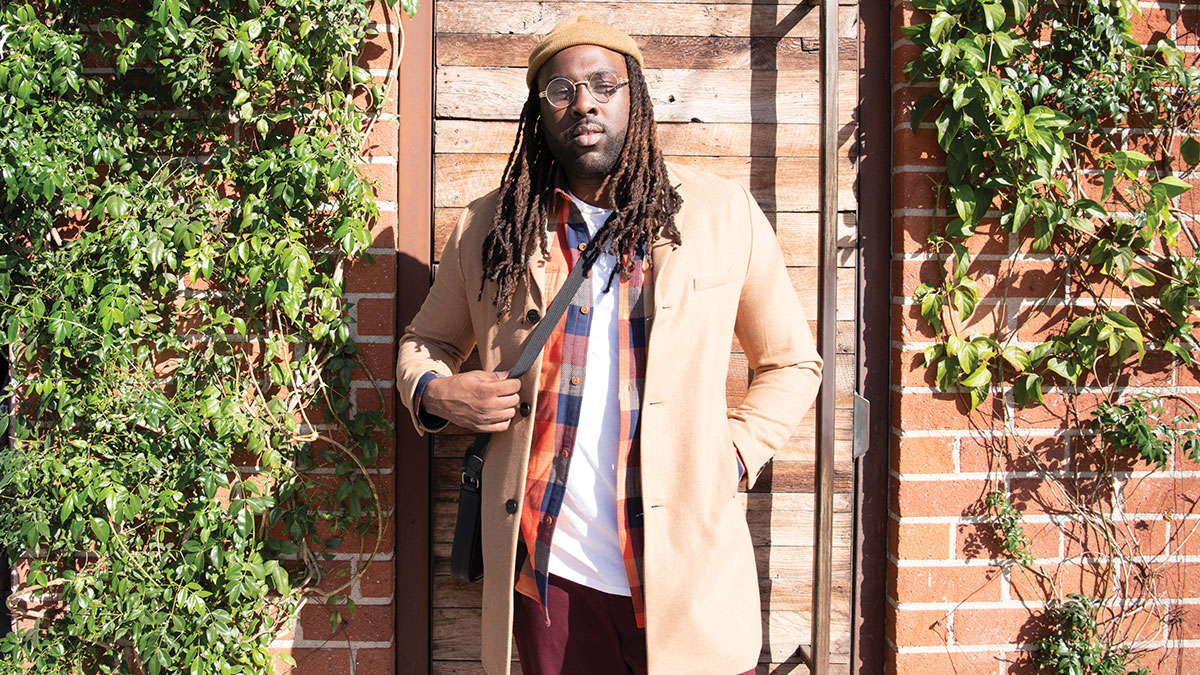 The tracklist on Hippo Campus’ breakout album Bambi reads like a mental breakdown explained in a spoken-word piece: “Mistakes,” “Anxious,” “Doubt,” “Why Even Try.” But what comes out is one of the most gorgeous, effervescent records of 2018, with layered, etheric pop songs that are rich in harmonies and punctuated by finely produced electronics. The songs express loneliness, but do so cathartically, as if to say, “You aren’t alone, because we all feel lonely.” This year, the group released demos of the record, as if to show the exquisitely raw and post-punk foundation these songs started out as before being transformed into the glossy opuses that landed on Bambi. AC

A bastion of traditional New Orleans jazz since the early 1960s, the Preservation Hall Jazz Band has radically expanded its preservationist mission in recent years. The ensemble contributes to the extraordinary new album by Haitian collective Lakou Mizik, HaitiaNola, and A Tuba For Cuba, the soundtrack for the recent documentary about the ensemble’s 2015 trip to the communist nation. The island-crossing sojourn has accentuated the Cuban DNA present at the creation of New Orleans jazz, and the talent-laden ensemble is touring with several top-shelf Cuban artists, including Havana-reared multi-instrumentalist Yusa. ANDREW GILBERT

Rexx Life Raj is one of the best new emcees to come out of the East Bay’s vibrant scene. The rapper steers clear of auto-tuned mumble rap, and the gritty pessimism of some of his contemporaries. Instead he delivers old-school bars that are introspective and uplifting. He got a late start with releasing music, though he wrote from a young age, compounding by copious time rolling verses over in his head while working as a delivery driver. His latest, Father Figure 3: Somewhere Out There, is an incredibly intimate album that feels both like a homemade tape and a marvelously produced, soulful rap record on pop radio. AC

If God was Nick Cave, Devon Welsh would be the choir boy writing his solemn worship tunes. Originally the singer for the warbly synth-ballad duo Majical Cloudz, Welsh went solo last year, and has already released two albums of uncomfortably honest devotionals, with music so minimalistic, it’s nearly inaudible behind his deep, majestic baritone. He ponders plain truths about himself, not shielded by even the thinnest metaphors. Instead, demanding you confront his humanity, and perhaps your own in the process. Just like Lord Nick Cave would want. AC

What do you get when you cross Danny Elfman at his most playfully eerie, and the fret-shredding surf guitar work of Dick Dale? That’s not a rhetorical question, I’m asking you, what do you get? I don’t know! But I’m guessing it would sound something like L.A.’s Atomic Ape: an exotic blend of instrumental stylings that defies easy categorization. On 2014’s Swarm, the group sound variably like the soundtrack to a haunted beach, and a haunted bazaar. One way or another, there’s some ghosts involved. MIKE HUGUENOR

Will the wolf survive? Thirty-five years ago, David Hidalgo and Los Lobos asked that very question on their sophomore album, and today we can say the wolf not only survived, but thrived! Hidalgo’s gritty vocals and East L.A. sound is part Tex-Mex, part blues ‘and all rock ‘n roll. At Moe’s Alley, Hidalgo will be joined by his sons Vincent Hidalgo (bassist), and Social Distortion member David Hidalgo Jr. (drums). MAT WEIR

Orgone has always been a group of nomads of soul, following the funk where it goes. On 2018’s Undercover Mixtape, the L.A. collective dropped some rare grooves channeling both Stevie Wonder and the Daptones. Since then, the group has added the dynamic Adryon de León as full time vocalist. This year’s Reasons finds the group making the most of de León, going full disco-soul a la Cheryl Lynn & Donna Summer. The album swaggers out the gate with slinking bass, strings, a sizzling beat, and huge, funky hooks. MH

Jono Zalay used to have this pipe dream of one day being a neuroscientist. He put away this childishness to pursue a steady, dependable career in comedy. Good thing he did! Zalay’s antics have gained him internet viral status with his some A+ DMV trolling. He’s landed some cushy writing gigs at Comedy Central, Amazon, Fox and more. MW

Chico’s M. Lockwood Porter has both the dapper looks and unmarketable name of a classic power-pop artist. Which is good, because he writes some pretty classic tunes. Think Graham Parker, and Nick Lowe. But unlike them, Porter sneaks a bit of mountain twang into his pop, and a dash of Tom Petty here and there (the man clearly has an affinity for Tom Petty). This year’s Communion in the Ashes opens with a white knuckle title track bordering on first wave punk, all overdriven Fenders and four on the floor. The lyrics ain’t bad, either. MH