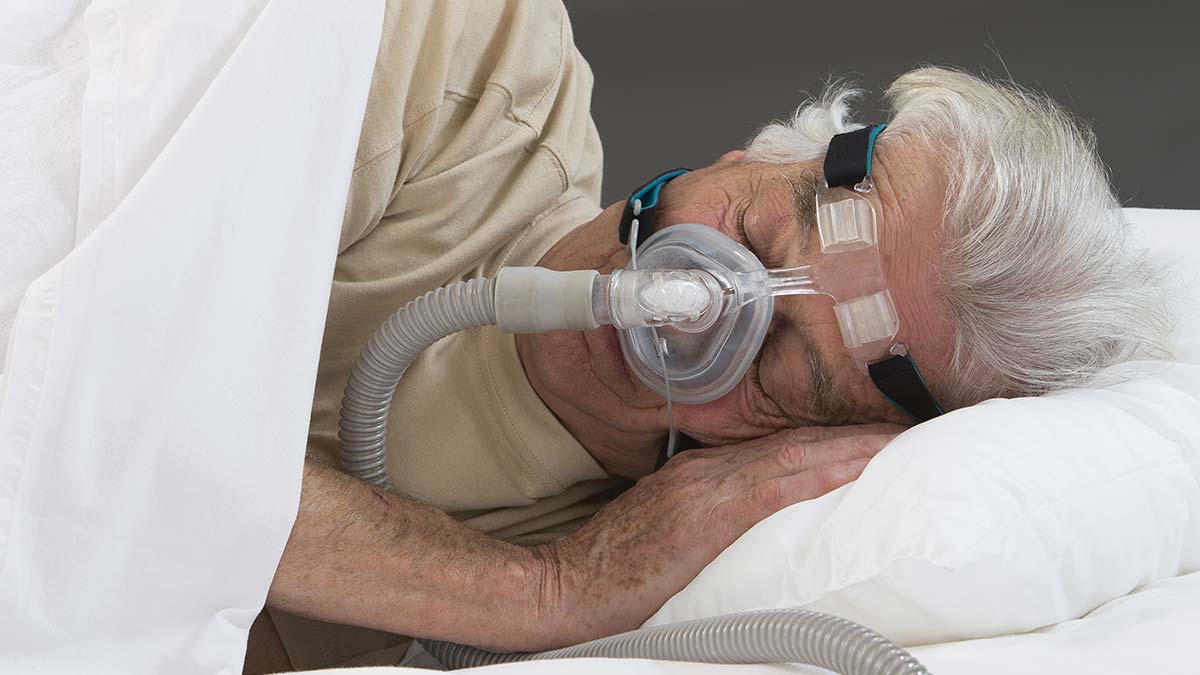 I’ve been married for 26 years. Well, not in a row. The second marriage took a turn for the worse when my snore became likened to “a circular saw cutting through sheets of aluminum,” “a giant sinkhole sucking down Chicago,” and “the snore that rattled the West.” My snore could be heard through a closed door.
I’d be lying flat on my back in fitful sleep with my soft palate and uvula vibrating louder and louder. As the constriction sinks farther down my throat, I stop breathing and my legs twitch. I gag and explode, gasping for air, bolting upright. I see my wife glaring at me, her fist and her jaw clenched. I say, “Wow, baby, guess you couldn’t sleep either.”
She threatened to use duct tape. A taser. Finally the note on her desk:
To stop the snoring, place pillow tightly over face. Hold until snoring stops. Burn this note.
Much later, Dr. Hasani stares down my throat, and tells me that the physiology of my soft palate (which vibrates during snoring, along with the uvula) makes me a perfect candidate for sleep apnea. Sleep apnea?
I read online that the symptoms of obstructive sleep apnea exactly fit my symptoms. For 10 years, I have felt worse and worse, with a devil whispering in my ear, “You’re getting old.” I wake up with a dry mouth and a headache, and my first thought is “when will I be able to nap?” I take a huge dose of ibuprofen and start slamming coffee. By 10 o’clock, I’m smoking weed. I get through the work day OK with ibuprofen, caffeine and cannabis sativa.
I’m a high-functioning drug addict.


My wife Julie videotapes me on the couch with my daughter. While talking, I pass out, head back. I choke until I stop breathing, flop around and gasp for air. The video captures my daughter looking at me with incredulous disdain.
After a torturous sleep study test at Stanford, I’m diagnosed with severe sleep apnea. I feel my mortality. Like all baby boomers, I fully expect to live forever and I tell my new sleep doctor, Dr. Tony Masri, that my goal is longevity. He says, “Longevity happens in the bedroom.”
Makes sense to me. My father fell out of bed, broke his hip, went to the hospital and died of pneumonia. That’s why I take Viagra nightly, to keep from rolling out of bed. It works like a brake.
The good doctor lays it out. “Apnea” means “without breath.” Every time breathing stops, the level of oxygen in the blood falls and the heart must pump harder until the person awakens to resume breathing. Dry mouth means you are having a lot of apnea events. About one in four men have sleep apnea, and it’s about half as prevalent in women.
Here’s another bummer: recurring low oxygen levels throughout the night can lead to stroke, Alzheimer’s disease, dementia and on. There is a lot of snoring and a lot of dementia in my family. If I can’t beat this thing, I’m screwed.
At least it inspired a poem:
When I sleep with my mouth open, it blocks my air lanes
I stop breathing and oxygen stops getting to my brain
I wake up with my head pounding in pain
In bed six hours I want to pass out again
I take ibuprofen and drink coffee to maintain
Smoke weed to feel better but I mostly feel insane
I wake up breathless with pounding chest pains
How many men has this succubus slain?
Dr. Masri persuades me to try a CPAP, which stands for Continuous Positive Airway Pressure. It pumps a low pressure air stream through your nose into your lungs, and that keeps your throat open and keeps the soft palate from closing. Wearing it, you look like a character out of the Star Wars cantina scene. Julie calls it my “nose face.”
Getting used to the mask was a steep learning curve for me. At first, a chin strap feels like something that must be outlawed at the Geneva Convention. My chin strap and my CPAP headgear was so tight it felt like I was in an Iron Maiden torture device.
But on the first night, I got lucky. It worked. I strained against teeth-clenched claustrophobia all night, but that morning I walked with a spring in my step that I had not felt in 30 years. I hustled around Santa Cruz all day, partied with Julie into the night and I was hooked. I’m bionic. Immortal once again.
Instead of wearing the mask of a caffeine/cannabis cloud all day, I wear the mask of a CPAP machine at night.
I had some bad nights after that while I struggled to get used to it. Many. Now, two years later, it’s easy.
Yesterday I worked out, took a shower, put on my nose face and went to sleep. I dreamed that I was sleeping without my air mask on. As I came into a light sleep, I reached up to make sure I was sleeping without my mask and I felt my air hose attached to the top of my head coming into my nose. My nose face felt so comfortable that I had dreamed I was not wearing it.
I’ll leave you with three notes about using a CPAP:

Next ArticleZumba on the High Seas