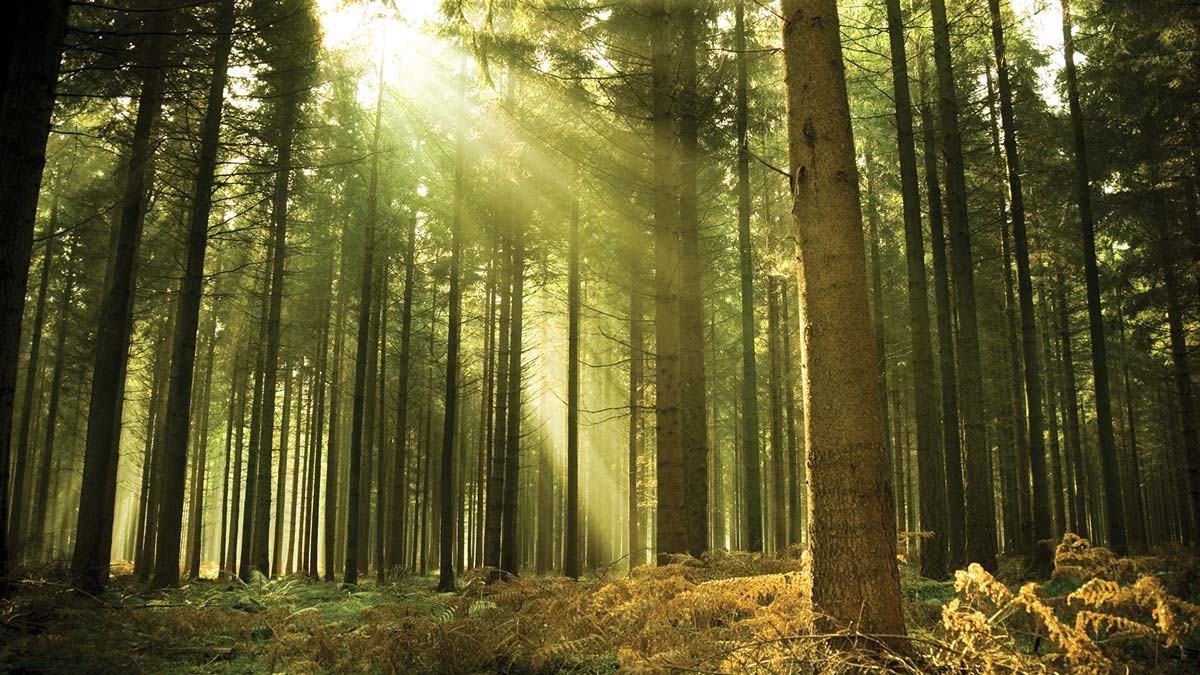 More than a century ago, naturalist John Muir once wrote in his journal, “Come to the woods, for here is rest. There is no repose like that of the green deep woods …. Sleep in forgetfulness of all ill. Of all the upness accessible to mortals, there is no upness comparable to the mountains.”
The same sentiment forms the heart of shinrin-yoku, or forest bathing, a practice recognized in Japan’s health care system for more than 30 years. Though its name evokes images of hot tubs under redwood canopies, a forest bath is simply a leisurely walk amongst the trees. In other words, the stroll shouldn’t take a toll, and studies have shown that even 20-30 minute forest baths are enough to reap health benefits.
Over the past decade, the practice has begun to take root in the U.S. with techies and professionals from the likes of Microsoft and Amazon.com unplugging and shedding their devices to sit beneath the trees outside Seattle.

Forest bathers, in refreshing contrast, are encouraged to be present and languid throughout the experience, pausing often, perhaps to dip one’s toes into a babbling brook, observe a passing banana slug, or find a sunny clearing and sit there in the quiet, taking in the great outdoors.

Although the concept of forest bathing may sound like it was conceived by a hippie on an acid trip, the scientific evidence supporting its health benefits is quite strong. Many studies, including one published in Environmental Health and Preventative Medicine in 2010, have shown that forest bathing leads to not only lower blood pressure and heart rate, but also lower levels of the stress hormone cortisol.
As American adults—who are among the most overworked and under-rested of the developed nations—we are conditioned to be results-oriented, destination-driven machines. Forest bathers, in refreshing contrast, are encouraged to be present and languid throughout the experience, pausing often, perhaps to dip one’s toes into a babbling brook, observe a passing banana slug, or find a sunny clearing and sit there in the quiet, taking in the great outdoors. Many of shinrin-yoku’s benefits actually come from the forest air that “bathers” breathe in.
Trees give off phytoncides, such as alpha-pinene and d-limonene, which are volatile organic compounds, or aerosols. These compounds protect the trees and plants from insects and disease, but they can also benefit humans: A 2009 study published in the International Journal of Immunopathology and Pharmacology identified a direct link between inhaling phytoncides and an increase in the body’s natural killer, or NK cells. NK cells are a major force in our immune systems, helping to identify and destroy infected, damaged, or otherwise harmful cells, and are thought to be particularly important in the pathology of cancer. A 2007 study published in the International Journal of Immunopathology and Pharmacology was one of several studies that found that soaking in the forest significantly increased the activity of NK cells by an average of about 50 percent.
From a color theory perspective, the benefits of forest bathing may have much to do with the color green. A 2004 study at the University of Georgia published in the College Student Journal found that green elicited more positive responses from participants than any other color. “The majority of emotional responses for the color green indicated the feelings of relaxation and calmness, followed by happiness, comfort, peace, hope, and excitement,” said the study’s authors. “Green was associated with nature and trees, and thus creating feelings of comfort and soothing emotions.”
One reason the color is thought to impart these feelings may be that green environments signaled to our ancestors the presence of three essential aspects of survival: food, shelter, and water. Today, many cities are finding ways to “re-wild” and incorporate green space into the metropolitan landscape, like New York City’s 2011 construction of the High Line, a nature walk on an abandoned rail line, and campaigns to plant 1 million trees in the cities of Los Angeles, Miami and Denver.
Green has also long been thought to promote creativity, a notion that is supported by a 2012 study published in the Personality and Social Psychology Bulletin. The study’s participants were asked to come up with as many uses for a tin can as they could, and results showed that those who viewed the color green before beginning the task came up with more creative answers.
That green-filled natural environments promote benefits for both the body and mind makes sense considering that only in the last hundred or so years (an evolutionary blink of the eye) have humans predominantly lived in densely populated urban settings made mostly of lifeless concrete, metal, lumber, and plastic. But for the vast majority of human history, we lived in, with, and among nature and were much more intimately connected with it.

Next ArticleThe Origin Story of 420 and Cannabis Culture