.Preview: The Coffis Brothers and the Mountain Men 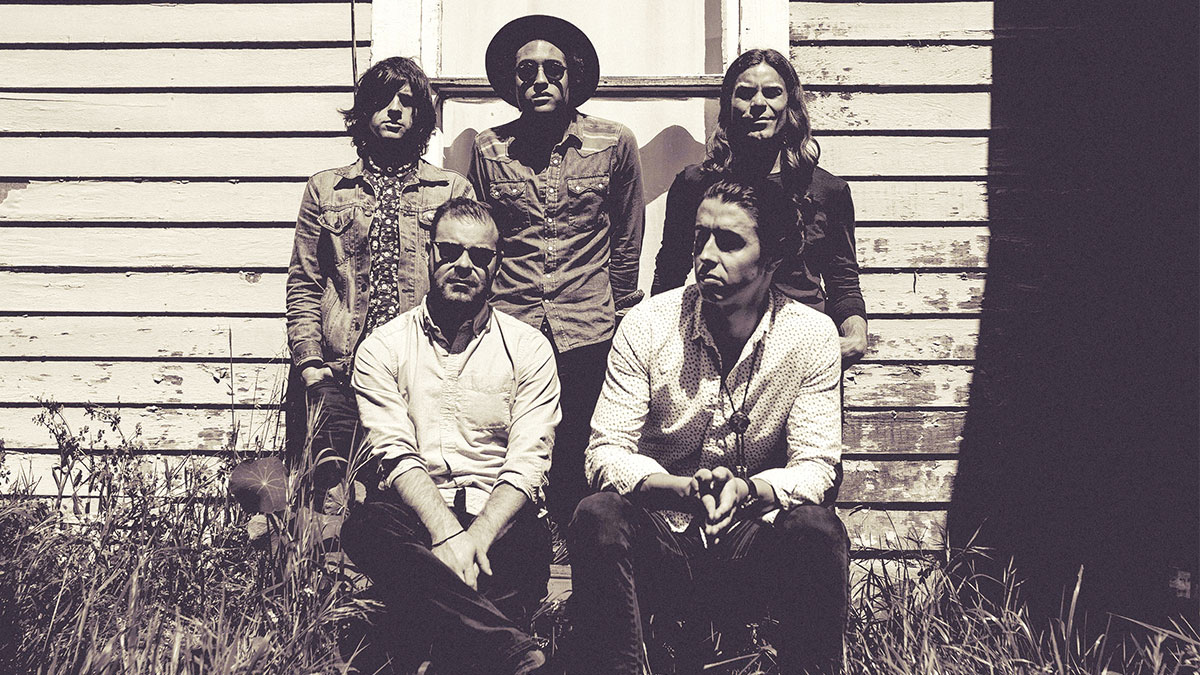 Jamie and Kellen Coffis picked up harmony early. The brothers behind local group the Coffis Brothers and the Mountain Men grew up singing children’s music onstage with their mom, who exposed them to a variety of harmony groups, including the Everly Brothers and the Boswell Sisters. The experiences helped make music second nature.

“Harmonizing has always come easily and naturally to us,” says Jamie. “I see some people struggle with that, but it’s an innate ability with us because it’s been ingrained from such an early age.”

As adults, the brothers and their band have emerged as rising stars of the local music scene. They’ve carved a musical niche for themselves, expanded their fan base throughout California and now Jamie is a DJ at KPIG. Though their band gets the generic “roots music” descriptor, the sound is closer to 1970s rock, with keyboard-driven tunes, two guitar parts, catchy hooks and singalong harmonies. Lyrically, the band covers love, making it through hard times, changing perspectives, life and loss.

Comprising Kellen on guitar and vocals, Jamie on keyboards and vocals, Kyle Poppen on lead guitar, Aidan Collins on bass and vocals, and Sam Kellerman, who replaced longtime drummer Henry Chadwick, the group draws comparisons to the Southern California-based band Dawes, but its primary influence stretches back well before that.

“Tom Petty and the Heartbreakers have given us the outline,” says Jamie of their appreciation of uncomplicated tunes that stand the test of time—Petty’s “Free Fallin’” is the song that pops to his mind. “That’s kind of our playbook.”

The two recently saw the late Petty in concert and marveled at the experience. “Everyone sang along to every song,” says Kellen. “You can sing along even if you don’t know the song.”

Kellen took up the guitar at the age of five, under the guidance of local guitarist Steve Palazzo, who encouraged the youngster to sing while playing. “I still have old guitar charts that are handwritten by Steve,” he says.

Once Kellen started writing songs and jamming with friends, Jamie took up writing as well, gravitating to the keyboards.

“I just needed something to do to accompany myself,” he says. “I was an average keyboard player. I took lessons forever but never got that great. I was kind of a bad student.” He adds with a laugh, “I’ve just learned some tricks.”

Casual jams grew into an official band that has developed a sound of its own. The Coffis Brothers and the Mountain Men draw from proven classic rock, but the band has a down-home feel about it. This is probably due to the fact that the brothers were raised in Ben Lomond, with its “slow life” culture, natural beauty, and mountain music scene.

On Friday, October 13, the band celebrates the release of its new album, Roll with It, which was recorded at Barefoot Studios in Los Angeles. The famed studio was a hotspot in the ’70s and ’80s that attracted top-tier talent, including Jimi Hendrix, the Doors, Supertramp, Marvin Gaye, and Stevie Wonder, who recorded Songs in the Key of Life there.

Recording at Barefoot presented the band an opportunity to record on analog tools to tape, an experience that forces artists to focus on getting good takes live and not relying on digital edits. The result is a record that’s warm, nuanced and gorgeous. It’s the next step for a band that’s been grinding for years and is starting to see the hard work pay off.

“Every year has been a little better than the last year,” says Kellen. “We’re starting to get fan bases outside of Santa Cruz. We don’t show up and sell 300 tickets, but we’re seeing people come out in the North Bay and San Francisco and San Luis Obispo. That hasn’t happened before.”

Jamie adds that because they stay busy and the changes are slow, they don’t always recognize them. But when they look back five years, they’re “definitely doing a heck of a lot better.”